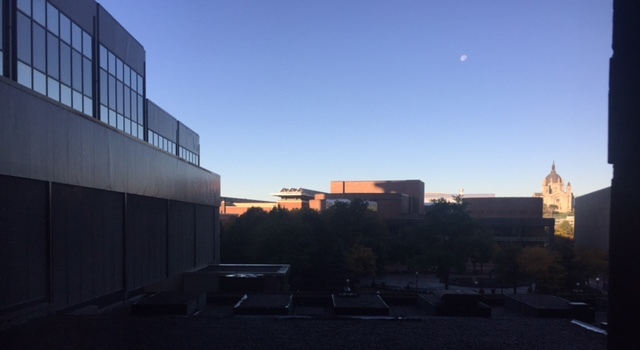 Every year I talk a big game with my colleagues about how I’m going to rate the road cities in the Western Conference during the off-season, taking into account a variety of criteria such as in-arena WiFi, the view from the press box, the distance between the airport and hotel, and, of course, the hotel’s proximity to restaurants and nightlife. There would be 15 or so weighted columns, and eventually I’d be able to use this formula to assign each road city a value between 1 and 100.

Such talk has been a tease; no ratings will ever happen. Our travel is so warped and easy that such a table wouldn’t represent much beyond our bubble of comfort. “Oh, I do enjoy our trips to Vancouver. That salmon sashimi on the flight home is just divine!” “The best thing about playing in Glendale is that because of the time change, I pull into my driveway the same time I’d be leaving Staples Center!” No one wants to hear gloating, let alone the reporters who have 5:00 a.m. wake up calls so they can attend practice back at Toyota Sports Center after a road trip.

With that said, St. Paul, along with Glendale and Nashville, has something really big going for it: the ability to walk a short distance from the hotel to the rink. There’s probably no better attribute for a road hotel to have, except for maybe the regularity with which it hosts Star Trek conventions. The hotel and nearby environs in St. Paul are as self-contained as any in the conference, and because of the excellent restaurant downstairs, there’s rarely ever a need to venture far.

We arrived amidst a steady light rain, and by the time we were unpacking at our hotel, the Carrie Underwood crowd was making its way across the square to Xcel. If you’re looking for a review of the show, you’ll have to look elsewhere. Instead, here’s our arrival at MSP.

The Kings are scheduled to skate at 11:30 a.m. CT. Thank you for reading, Insiders. Lots more to come (sans travel rankings) on a busy game day…