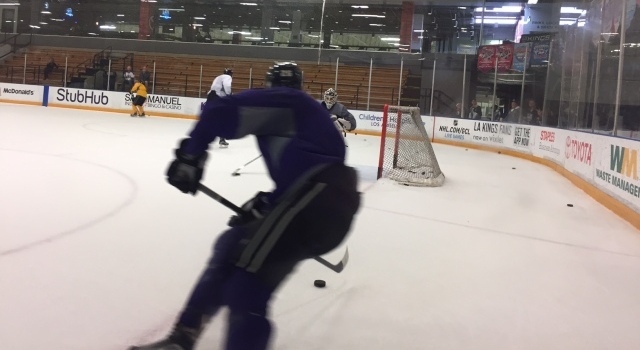 Good morning from Toyota Sports Center, the facility that the Kings will vacate for the better part of the week as they leave for a two-game trip to Minnesota and Dallas. Though the team travels today, they still got in a skate that was already well underway at 10:05 a.m. and continued up until 10:40 or so.

-Defensive pairs were rotating by the time I arrived shortly after 10:00, so we’ll wait for tomorrow’s morning skate for a firmer indication if there have been any adjustments.

-It’s early in the season, so there were still plenty of detail-implementing drills, not just your general flow-type drills that take up a higher percentage of practices later in the year. There was work on dump-ins, retrieving pucks, and entering the offensive zone with speed.

-Via hockey ops, no firm decision has been made on how the team will proceed with Jonathan Quick. As a reminder, last week Quick was still in the process of meeting with doctors; the team is expected to choose a plan from one of those doctors (and should come to that decision rather soon).

-Is there a particular area that the team can improve in an effort to boost its offense? Generating shots, says Darryl Sutter. “Tyler in the first game had, I think, five shots,” he said. “We’ve got guys in two games with one or none. You can’t get rewarded that way.”

-Sutter quotes will follow, as well as some words from Drew Doughty and Andy Andreoff, and an update on the team’s recent community relations thrusts. Enjoy your Monday, Insiders. 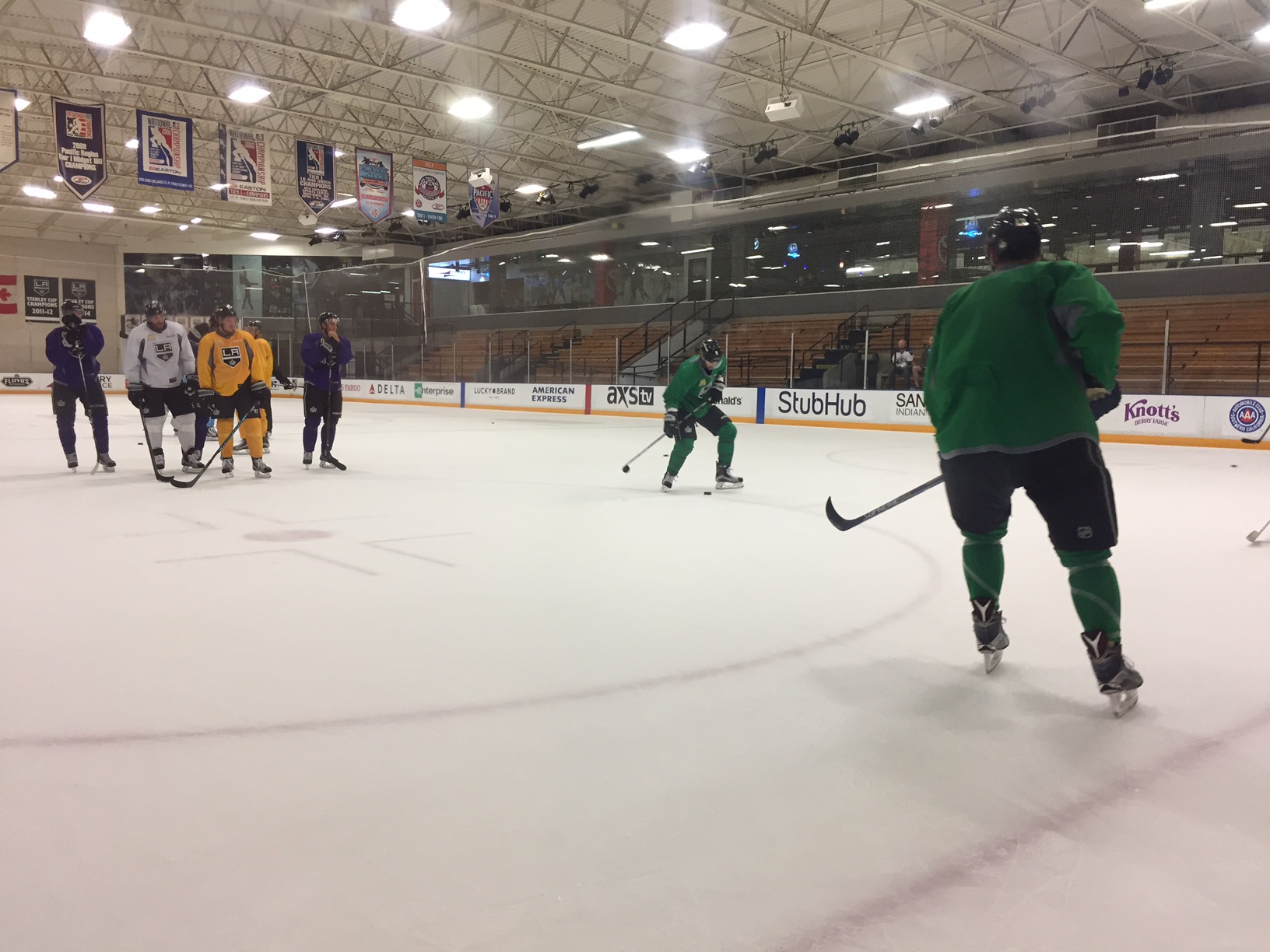