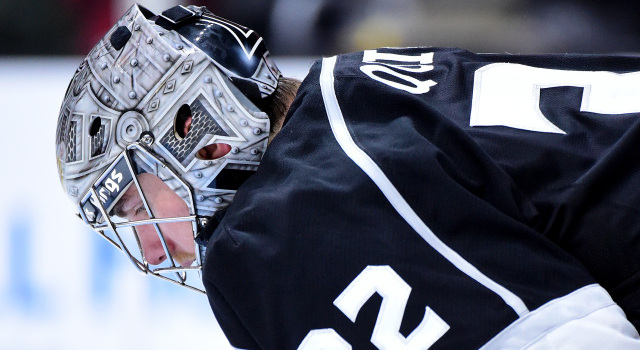 While the results of Jonathan Quick’s MRI are not yet known – it is possible that they will be revealed later today – another update on the Kings goaltender, who suffered a lower-body injury during Wednesday’s 2-1 loss at San Jose, was shared by the Kings’ PR staff.

Quick has been deemed “week-to-week” with a lower-body injury and has been placed on IR, according to the team. This fits in line with the “could be a while” timeline Dean Lombardi shared with LA Kings Insider Wednesday night.

At practice on Thursday, Jeff Zatkoff was joined by Goaltending Coach Bill Ranford. “He was the second-best goalie,” Sutter joked of the 49-year-old Ranford, the 1990 Conn Smythe Trophy winner.

Zatkoff is likely to draw the majority of the starts in the near future, and should be joined by Peter Budaj, who Darryl Sutter hinted would join the club from AHL-Ontario. “Obviously Peter’s probably the guy that’ll come, and between Zat and Peter, they’ll win games for us. Been down this road before with Jonathan,” Sutter said. He’s referring to the 2013-14 team, which claimed points in 17 of the first 19 games following Jonathan Quick’s Grade 2 groin strain on November 12, 2013. Quick returned to game action on January 4, 2014.

Zatkoff, who was drafted by Los Angeles in the third round in 2006, has started 29 games in his career with the Pittsburgh Penguins and owns a lifetime record of 16-15-3 with a 2.64 goals-against average, .915 save percentage and one shutout. He was very good in relief on Wednesday, stopping 15 of 16 shots after spelling Quick to begin the second period. The Detroit native who roomed with Alec Martinez at Miami University was a Stanley Cup winner last season with Pittsburgh and split the first two games of the Penguins’ first round series against the New York Rangers while Marc-Andre Fleury and Matt Murray were hurt.

“I don’t think anything really changes too much,” Zatkoff said. “Since the start of training camp we’ve been working on things in my game that we think I can get better at. The focus doesn’t change. I still have to continue to work on those things, and I’m going to probably get some more game opportunities to get those habits into action. That’s the next step, but my mindset doesn’t change. I’ve played enough games. My job’s to make sure that I go in there and we keep winning games.”

Zatkoff spoke about his evolution as a goaltender in his professional career after the Kings’ practice.

“I would say I’ve gone from in college being a real strictly butterfly, wide goalie, not really reading the play, but you can get away with it there with not as many good players, top-end talent, and I’ve kind of had to learn,” he said. “The biggest thing for me is learning to read the game and trusting my reads and being more patient. It’s still something i work on every day – the more you play, the more comfortable you get, and the more confident you get, and goaltending, a lot of it’s about confidence. I’ve definitely evolved, but that’s anyone. As the game changes, you’ve got to learn to adapt, and that’s how you can play for a decent amount of time.”

Los Angeles will continue its 50th anniversary celebration when they welcome the Philadelphia Flyers to Staples Center for their home opener on Friday night. 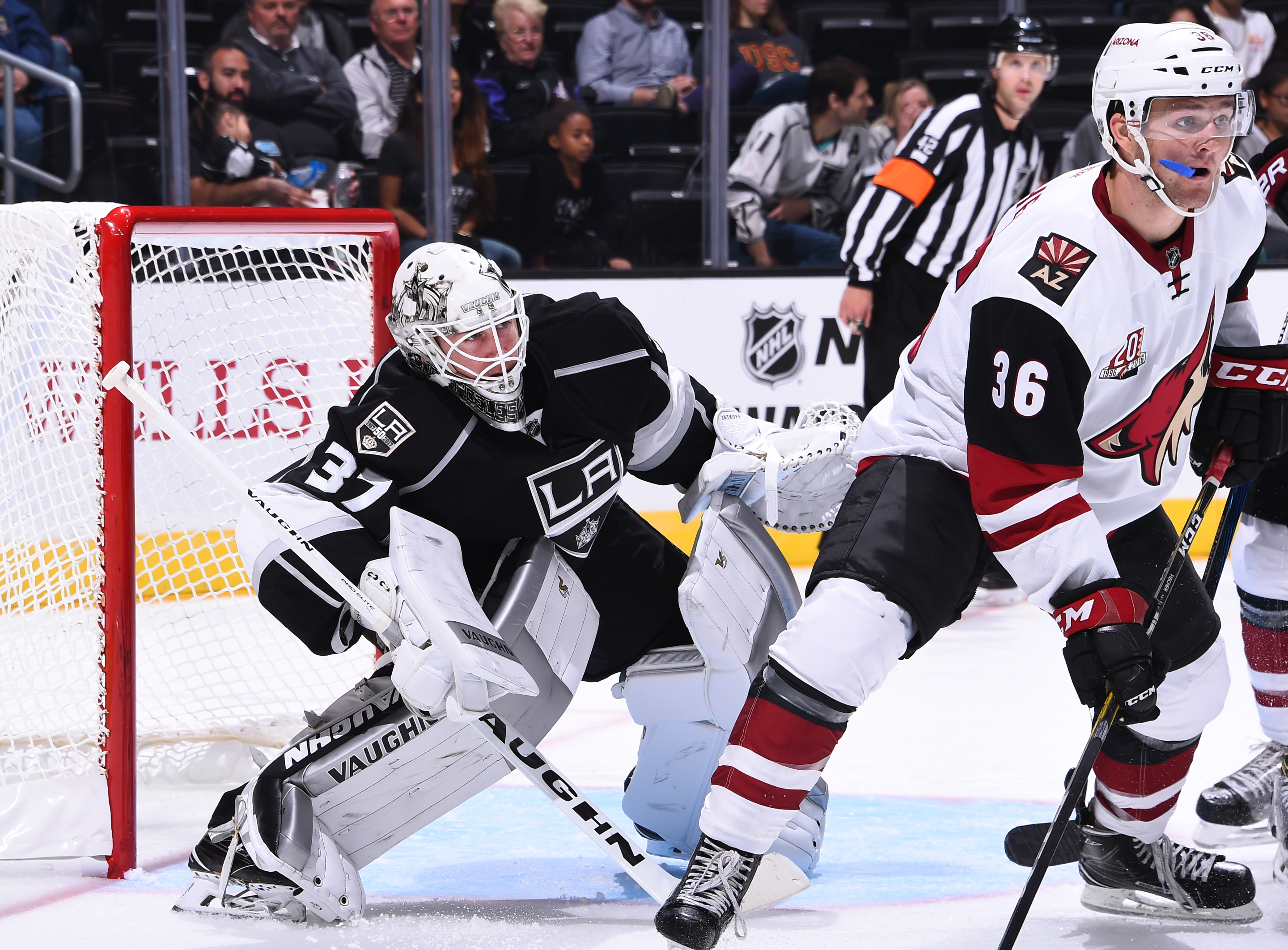