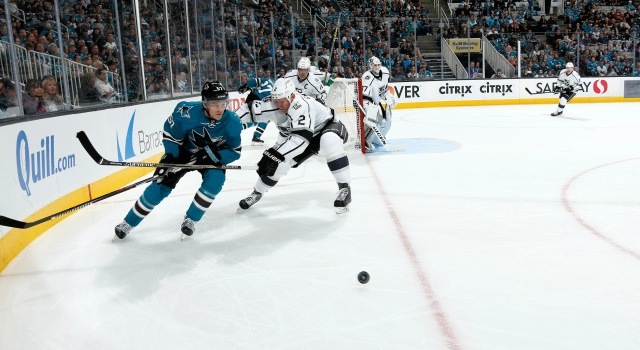 On how the team responded after dealing with early adversity:
There wasn’t any adversity early on. I thought we played really well.

On Jonathan Quick’s injury:
Got hurt sliding. Couldn’t tell you.

On Jeff Zatkoff’s performance:
I thought he held the fort. He played really, really well, didn’t he?

On whether Quick’s injury occurred during Joe Pavelski’s behind-the-net play:
He did it sliding. I couldn’t tell if it was off a player. All the trainers said he did it sliding. It’s not that big a deal. We’ve got two or three goalies. Good ones. [Reporter: Is it similar to what happened in Buffalo?] I don’t know. You guys, talk about the game. You’ve already got more than I should give you, anyways.

On the team’s performance:
Yeah, I thought we played really well. I thought we played, for the most part, we played the type of game we wanted. We probably made a couple mistakes on boards, things like that. They’re a big, heavy team in the O-zone. We handled it pretty well. We could probably do a little bit more of that if we could in their zone. Not much difference in the game. Pretty close played.