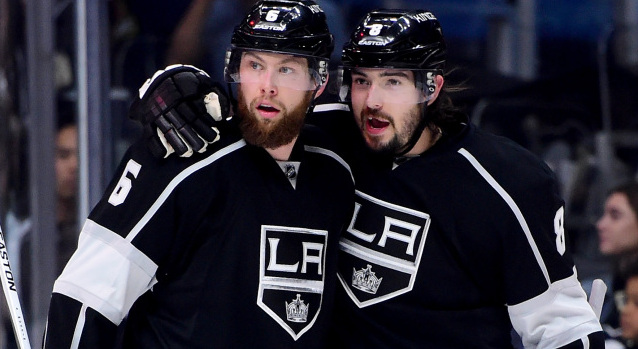 Drew Doughty logged nearly 1,695 minutes of five-on-five ice time last season. Only 293 minutes of that total were spent alongside Jake Muzzin, the defensive partner alongside whom he and the Kings sturdied their 2014 Stanley Cup bid before circumstances gave way to a split as Doughty logged the vast majority of his minutes alongside Brayden McNabb last season, and Muzzin alongside Alec Martinez.

Doughty and Muzzin have been reunited since having returned from the World Cup, where they were a part of Canada’s championship squad, and will be expected to see the ice alongside each other to begin the season. Though Doughty only got into one game with the Kings in the preseason and Muzzin two, any sort of re-acclimation should be curbed by their all-around body of work together.

Muzzin’s play rose from Friday’s preseason debut to Saturday’s game – Doughty’s debut – in which he showed better poise in making reads and plays.

“The first game we made a couple positional errors, and I think the second game I was a lot better at being in position and on the rush and stuff like that,” said Muzzin, who skated alongside Paul LaDue in Friday’s game. “We cleaned a lot up on the rush play and the second game we didn’t give up much, so it was better.”

He wasn’t concerned with only getting two preseason games in, given the two games – one of which was a pre-tournament game – he entered into at the World Cup, where he practiced with many of the league’s top superstars.

Doughty expressed little concern at the somewhat quick turnaround between the end of the World Cup and the start of the NHL season.

“It would’ve been nicer to get probably a few more games with the team and just be with the boys for a little longer, but I’ll be ready to go, I’ll be fine,” he said.

Characterizing last year’s blue line as “a very disjointed defense because of injuries and situations that went on,” Sutter acknowledged the jigsaw pieces that didn’t always quite come together last season, culminating in a playoff series loss to San Jose in which Jamie McBain, Rob Scuderi and Luke Schenn, three players who did not open the year with the club, featured in key roles.

“There were a lot of unknowns coming in, obviously last year with Voynov, whether we’d have him or not,” he said. “Our defense in March was quite a bit different than it was in October. When the playoffs started, it showed up.”

To open the new season, defensive partners may be more familiar, but there may be an evolution of special teams and defensive zone particulars.

“We’ve got some different things,” Doughty said. “Just system-wise on the PK, we’ve got some different things working, which was pretty successful from what I saw throughout the exhibition season here, so that’s always good, because that was one spot we needed to improve. Besides that, we just want to get back to being that physical, dominant team and have possession of the puck and creating turnovers and playing good defense. We want to get back to becoming better at that again.”

“We changed up a few things from last year, and I had to adjust to those, and I learned ‘em really quickly. The coaches did a good job at having us prepare, those guys that came back from the World Cup, and I thought the team played well. I thought we deserved a better outcome. I think we probably should’ve won [Saturday’s game against Colorado]. We’re ready to go. The team’s looking good, and I’m happy to be back here.

Drew Doughty, on the penalty kill looking strong against Colorado:
Yeah, it did. It looked really good. The things we changed are not drastic, they’re just little things, and sometimes those little things can help a lot, and we need to stay on top of them and continue to make our PK better.

Doughty, on the “identity” of the team:
It’s the same. It’s been successful for us in the past, and maybe at times throughout the last couple seasons we’ve gotten away from it a little bit, but we know that we need to get back to that in order to get to where we want to be, and that’s at the top of the league. 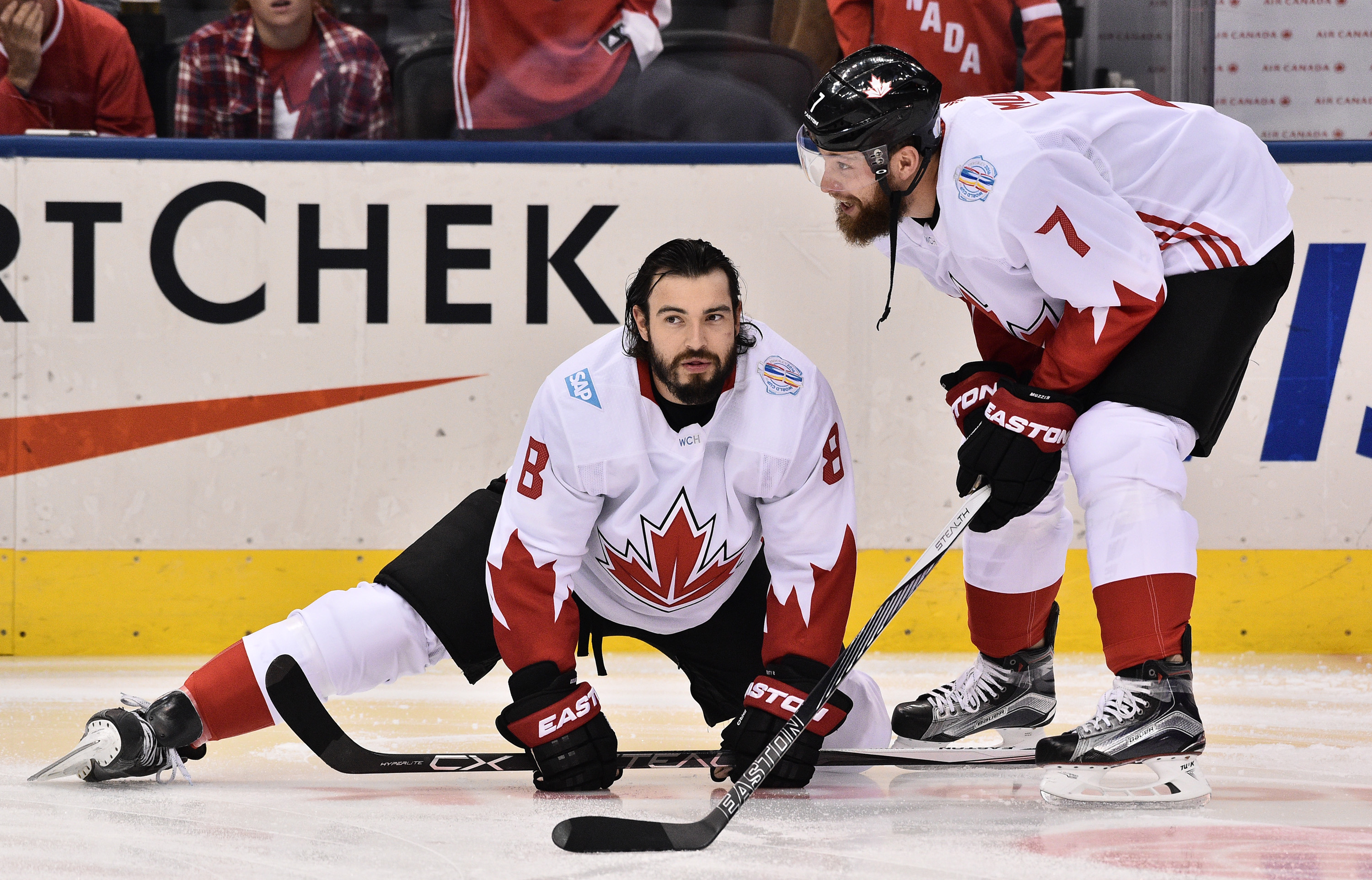