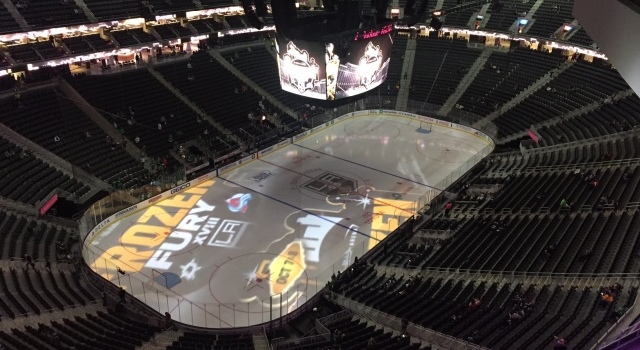 THIRD PERIOD
20:00: Dustin Brown is on the bench to begin the third period.
18:14: Oleksiak one-time blast from the right side snared by Zatkoff.
16:00: Crowd singing along to Blink 182’s All the Small Things well into the resumption of play.
15:22: Good one-on-one defending by Muzzin denies Honka’s attempt to bring the puck from the boards to the center of the ice.
12:25: Nice Zatkoff left pad save on Eaves’ chance on the doorstep.
11:50: Heading downstairs for TV. Let’s talk soon, Insiders.

SECOND PERIOD
20:00: And we’re off…
19:51: PENALTY DAL. Eaves for tripping.
17:51: Not a ton going. One good left toe save by Niemi.
17:16: GOAL DAL. 2-1. Really nice move by Honka, similar to Doughty’s goal on Lundqvist in the Cup Final. Receives a pass from Hudler, pulls it between his legs, catches Dwight King in zone coverage, walks down main street, scores top shelf.
14:00: Muzzin’s shot is deflected up and into the netting behind Niemi. Having some reacclimation pains in getting back into the lineup.
13:13: PENALTY DAL. Not the worst penalty by Honka, who takes a hook to deny a quality Kings scoring chance that was developing as a puck was loose in the slot.
11:22: GOAL LAK. 2-2. Brown finds space in front of the net, deflects a Gilbert wristshot from the right point past Niemi.
10:55: Clifford’s deflection of a Martinez shot sails just wide. Good look.
8:17: GOAL DAL. 3-2. During a scramble to find the puck in the mid-slot, it pinballs to Oduya, who shoves it past Zatkoff.
7:44: GOAL DAL. 4-2. After the Kings get caught in the neutral zone, Sharp finishes off a two-on-one (maybe Faksa, off Martinez? Sorry, no replays up here), give-and-go into an open net. Martinez was spun around trying to defend it, but Muzzin was caught up-ice. Two goals in 33 seconds.
7:13: PENALTY LAK. Dowd for hooking.
4:04: Dallas getting good give-and-goes and mini two-on-ones in the offensive zone.
1:00: Dustin Brown is in discomfort. Hunched over after an offensive zone whistle, he heads to the bench and walks down the tunnel. Couldn’t tell if it was an arm or a hand, or something around the midsection. UPDATE: He appeared to take an Oduya stick to the midsection.
0:00: Period over.

FIRST PERIOD:
20:00: Viva Las Vegas.
19:38: The Kings’ forecheck causes a turnover, but Niemi doesn’t allow a rebound on Andreoff shot from the top of the right circle.
18:30: ALERT: Patrick Sharp lost his helmet. This arena couldn’t get more handsome.
18:00: Toffoli crunched hard into the boards by Nemeth.
17:45: Clifford chance from the high slot sails wide. Good look.
17:30: PENALTY DAL. Smith for holding.
16:08: GOAL LAK. 1-0. Toffoli gets off a hard, low shot from the high slot that’s ripe for a deflection. Mersch gets his stick on it, deflecting it past Niemi.
14:57: PENALTY LAK. Latta for hooking.
14:21: Toffoli nicks the top of the crossbar on a one-on-three shorthanded rush into the offensive zone.
13:40: Devin Shore sharp-angle chance off an end boards carom stopped by Zatkoff.
13:37: PENALTY DAL. Faksa for crosschecking. Faksa’s a big body, plays a good two-way game.
10:46: PENALTY DAL. Roussel for hooking.
10:02: Toffoli denied on the backhand. Good look.
9:50: PENALTY LAK. Muzzin for interference
9:30: 4-on-4 GOAL DAL. 1-1. Nemeth’s redirection is stopped by Zatkoff, and he gains inside leverage on McNabb to bury his own rebound.
3:13: Devin Shore attempt at an open net denied by Zatlkoff and a wall of bodies.
2:20: Andreoff lowers a shoulder, makes a nice hit on a Star while driving into the offensive zone.
0:45: Nolan spins, offers a backhand feed to Clifford, whose shot is stopped by Niemi.
0:00: Period over. Radio hit upcoming. 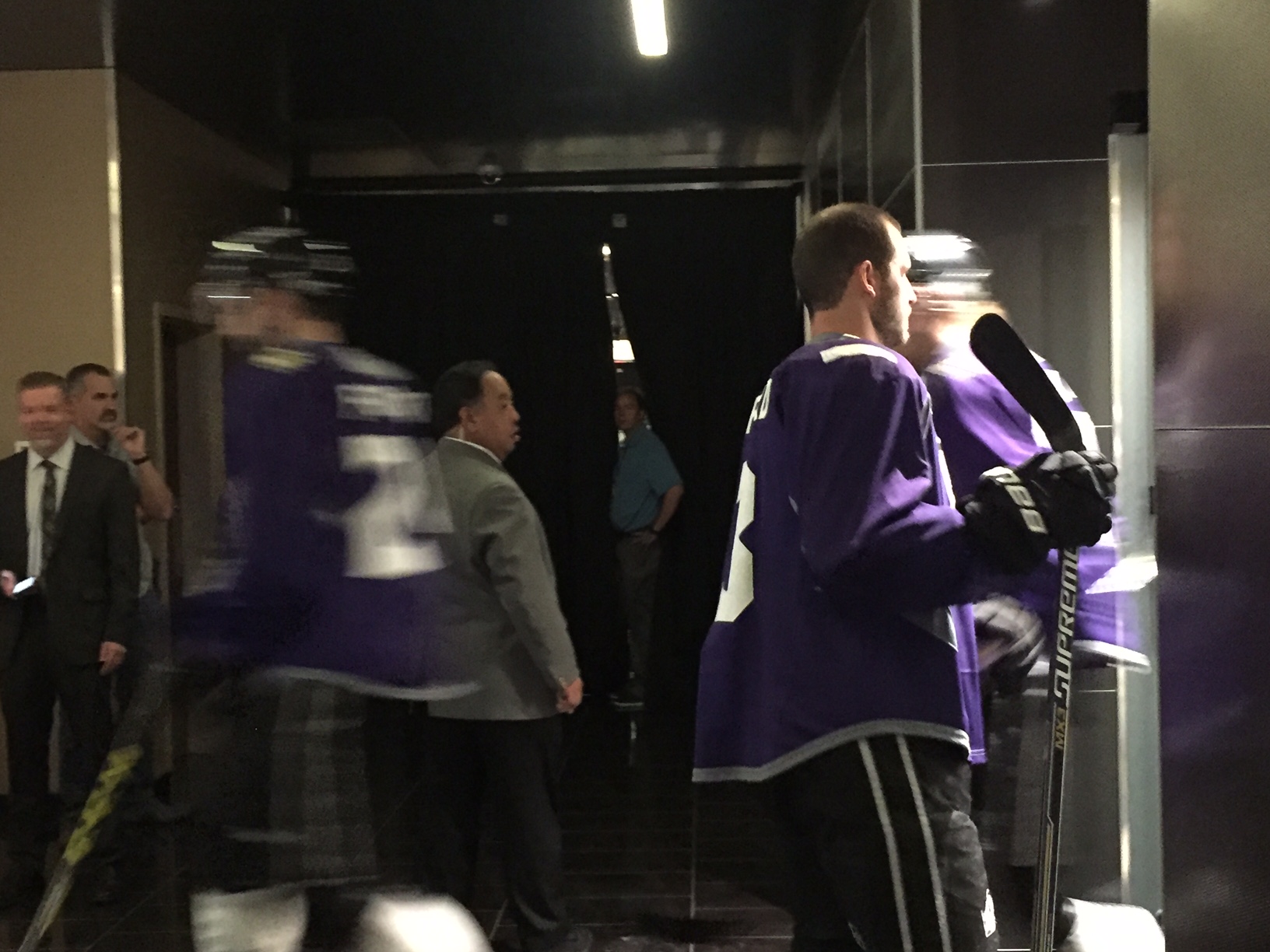 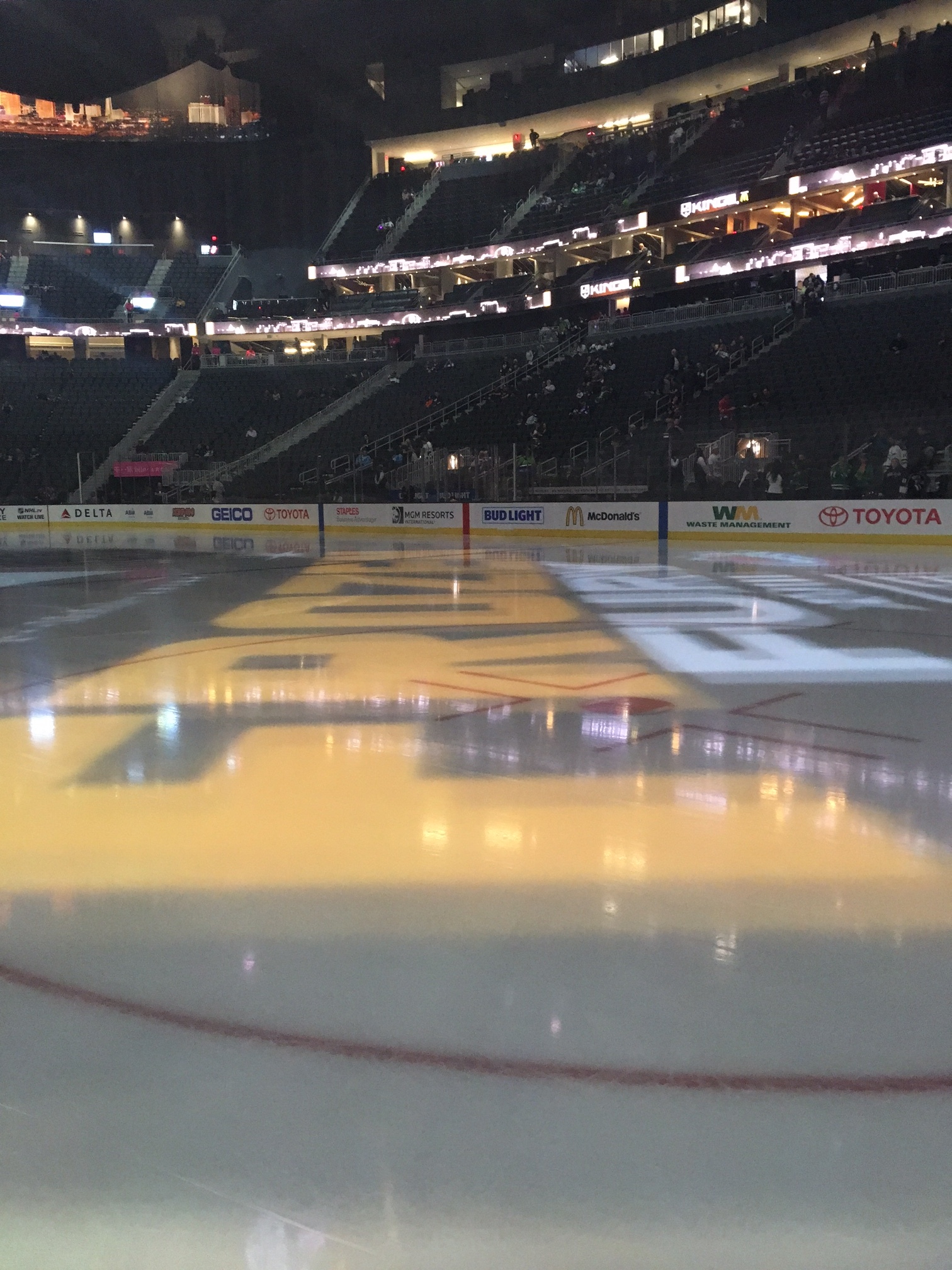