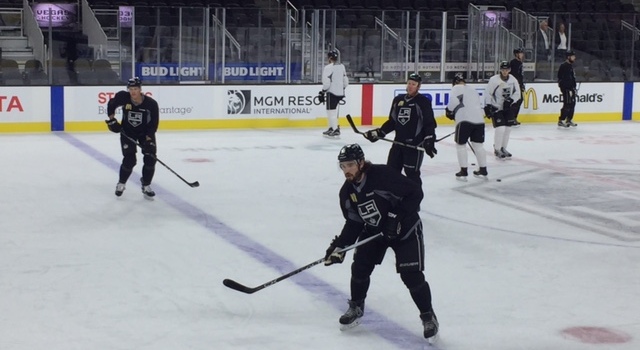 Good afternoon from the team hotel, situated adjacent to the beautiful and not at all overdone T-Mobile Arena in Las Vegas. It was my first time inside the facility that opened earlier this year, and photos of the rink and the morning skate are below.

First off, line rushes and pairings from today’s morning skate:

-Rob Scuderi did not make the trip, according to multiple members of the team’s hockey operations staff. Darryl Sutter said that Scuderi suffered an injury in practice and has had a “tough camp” as a result.

“He’s only been in one game, and another game he was slotted in he was not healthy to go,” Sutter said. “Dean and him sat down either yesterday or the day before and went over it. You can get more of that from him. We weren’t going to be able to get him into either one of these games, and he missed a game, so it’s been a tough camp for him.”

An announcement on any hypothetical transaction is likely to come Monday, according to hockey operations.

“I have way too much respect for Scuds … to even to get into any of that,” Sutter continued. “I’d said it at the start of camp. I want all those guys to do well, and I want to give them every opportunity, and then when he got banged up, we haven’t been able to do it, and once we got into the last weekend, we’re still with a lot of defensemen.”

-Two longshots to make the team at the start of camp – Devin Setoguchi and Adrian Kempe – have put themselves in position to seriously battle for several of the final forward spots. I’ll have a story up later today on this, but there are some interesting sentiments coming. Darryl Sutter shared a positive scouting report on Kempe, saying, “With the hockey IQ that he has and the speed that he has, the only adjustment is experience. He’s adjusted to the ice. You can see that. He’s a fun player to watch.” The sentiment I’ve received from hockey operations is that both players have had impressive camps. Setoguchi, in camp on a PTO, understands the importance of his weekend’s exhibition set. “I think it comes down to these last two games, and obviously I’m still here and have done something to this point to maybe keep them a little intrigued,” he said. “Definitely, I feel there’s a lot riding on these next two games that I have to play.”

-I spoke with Danny Zollars, the Kings’ Vice President, Entertainment & Production, about what to expect about these final Frozen Fury games at T-Mobile Arena. Expect on ice projections, which are always cool, and a set-up similar to Staples Center in that organist Dieter Ruehle, Public Address Announcer Dave Joseph, DJ Vick One and host Jay Flats will provide in-house entertainment; sadly, there won’t be a laptop-operated scoreboard in which you can watch updates made via cursor, as there was at the amenity-limited but rocking and endearing MGM Grand Garden Arena. The game operations crew has been in town since Tuesday getting the arena ready and underwent six-hour rehearsals yesterday as a final run through prior to the first NHL games played at the arena. Following Saturday’s game, there will be a ceremonial “passing of the torch” from the Kings to the Las Vegas franchise, as Luc Robitaille and (Desert Knights? Golden Knights? Silver Knights?) owner Bill Foley will appear on the ice together to officially end Los Angeles’ 18-year Frozen Fury run. Lindsay Czarnecki is in Las Vegas and will have a story up later today about the ice and arena conditions in advance of the first games at T-Mobile.

-Speaking of Lindsay, make sure you follow her on Twitter. I have a wedding near Joshua Tree tomorrow, so I’m leaving prior to Saturday’s game against the Avs. Lindsay will host Saturday’s game blog and provide all pre-game coverage in advance of the Colorado game. Other good follows for this weekend’s festivities include national writers Nick Cotsonika of NHL.com and Scott Burnside of ESPN.com, and Las Vegas Review-Journal NHL writer Steve Carp.

-I joined Steve Kouleas on SiriusXM earlier today to talk Frozen Fury and the Kings; you can give ‘er a listen here:

From inside the arena, which contains a pair of interesting load-bearing polygons in the east end: 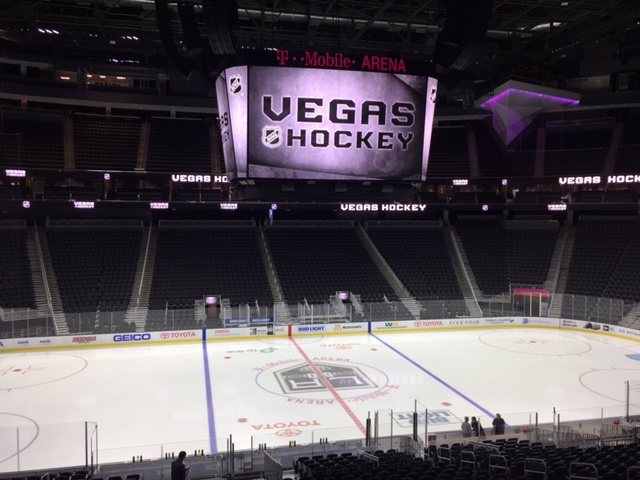 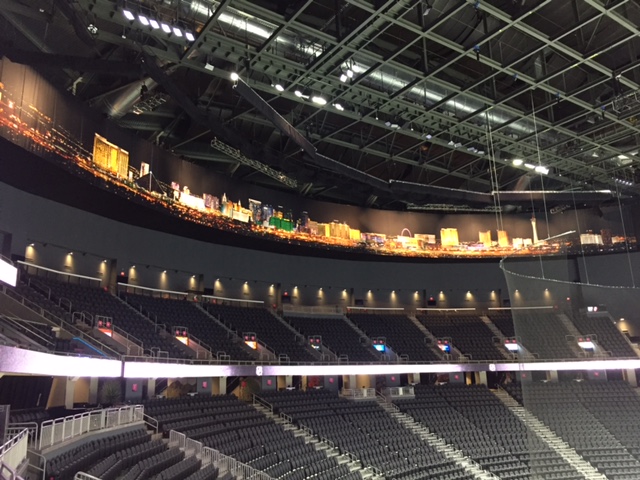 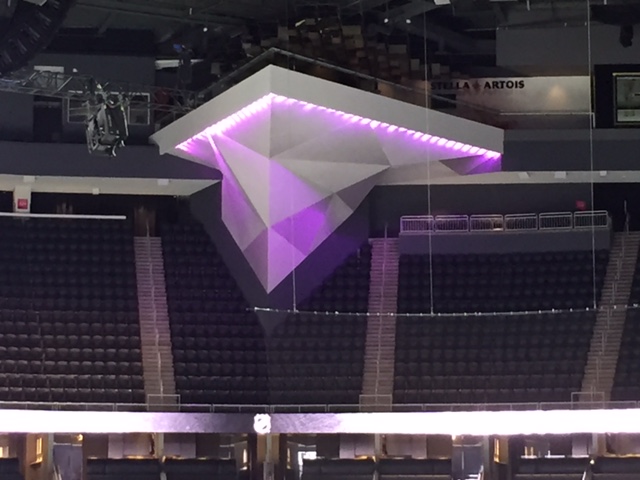 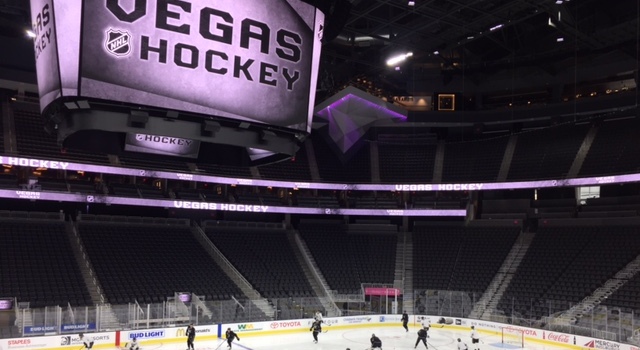 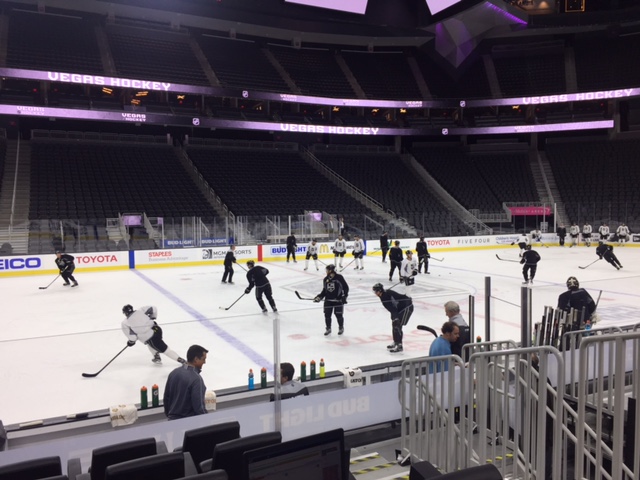 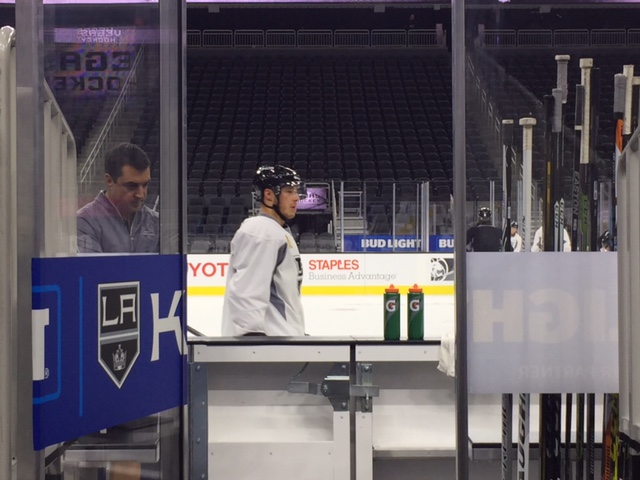 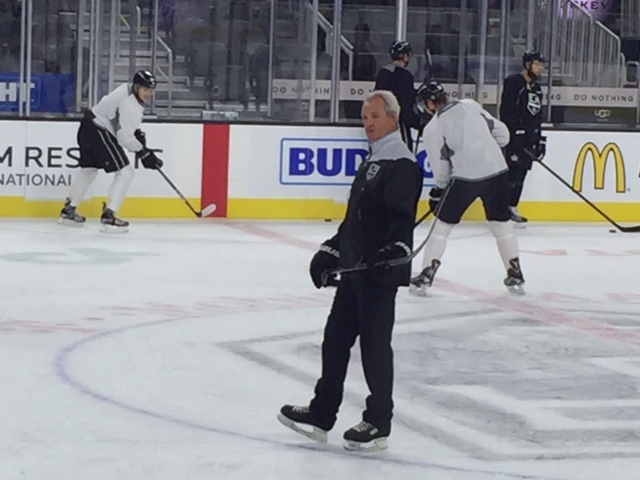