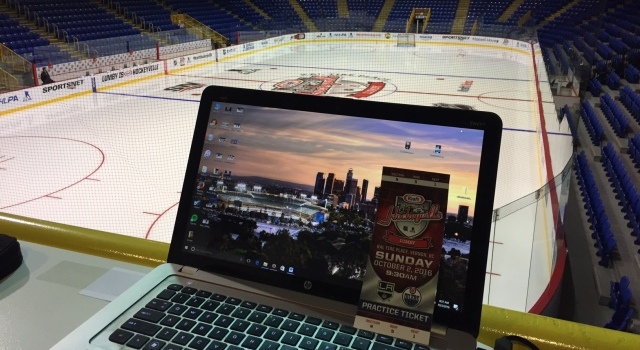 Good afternoon, Insiders. Apologies for the delay in getting these notes out, as I wanted to write my Lucic story (which I hope you read) before anything else. Before I ramble for too long here, let’s talk Kings-Oilers, one half of tonight’s split-squad extravaganza.

Kings lines at the morning skate:

-I was heading downstairs for media availability and didn’t catch the goaltender who left the ice first. Jeff Zatkoff, Jack Campbell and Jack Flinn are on the trip. Nick Shore, who suffered an injury that requires “protocol” to be followed, per Darryl Sutter, returned home to Los Angeles yesterday.

-Have you ever watched two different Kings games at the same time? You can tonight! The Kings-Ducks split-squad will be broadcast on Prime Ticket at 5:00 p.m., and the Kings-Oilers split-squad will be broadcast on the NHL Network at 6:00 p.m. Picture-in-picture? Set up multiple screens in the same room? Ignore it, because it’s the preseason, and this is a Sunday? Your call!

-Vernon will be the 94th city the Kings have ever played in. Here are the first 92; you can add Santa Clara to that list, but not Brooklyn, which is a borough, not a city.

-There was some scuttlebutt about some stiff boards at Kal Tire Place, though no alarm was sounded in media availability. “The ice seemed pretty good,” Teddy Purcell said. “We’ll see after 20 minutes of us skating around on it, but the ice seemed good, the rink seemed nice. There were a lot of fans. It was pretty loud, too, for a morning skate, soit should be a good atmosphere tonight.”

The intense interest in the local community for tonight’s game reminded Purcell of his upbringing in Newfoundland.

“I remember I was a big AHL St. John’s Maple Leafs fan, so I was a rink rat, too,” he said. “I was down at every practice, and I stayed around after every game just to see those guys walk to their car and try to get an autograph, too. It kind of brought back a little of my old days, too, so it was nice to give back a little bit and make the kids happy.”

The heavily populated stands during the morning skate left an impression on Tyler Toffoli.

“I think that was the biggest crowd I’ve ever had for a pre-game skate,” he said.

Tyler Toffoli, on whether he noticed a buzz around town:
Absolutely. I think we got in [yesterday] and just kind of went to the hotel, but today, when our bus got here, all the fans outside, all the kids were excited to see us, so like I said, it’s going to be a lot of fun tonight.

Toffoli, on whether that adds intensity to a preseason game:
I think it will, for sure. It kind of feels like a junior rink. It brings you back a little bit, and hopefully we can put on a good show, and obviously we want to win and put in a good showing for our team.

Toffoli, on whether the unique circumstances add a jolt to a preseason game:
Yeah, it’s a little different. I mean, coming to a new city, especially flying into Kelowna, I’ve never been, so getting to see what that looks like from afar was pretty cool. [Reporter: I’m sure you’ll get a summer place there like all the other guys.] Well, I’m in L.A., so I can’t complain about that.

Toffoli, on whether it will be strange to line up opposite Milan Lucic:
It’ll be different, but I’ve played against guys that I’m friends with and everything like that before. You kind of just take it on and take it as a challenge to play better than he does and contribute to your team more than he does. 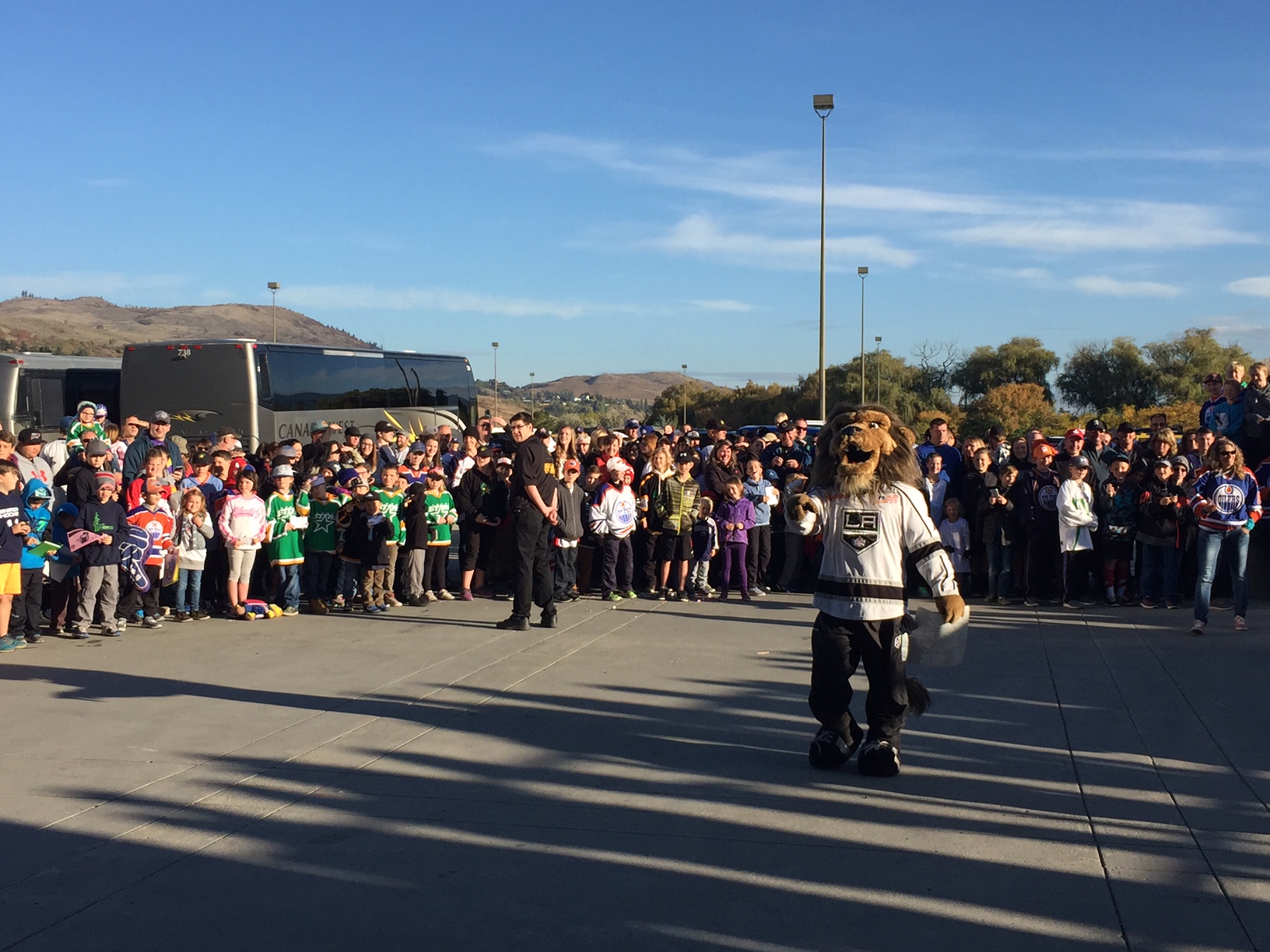