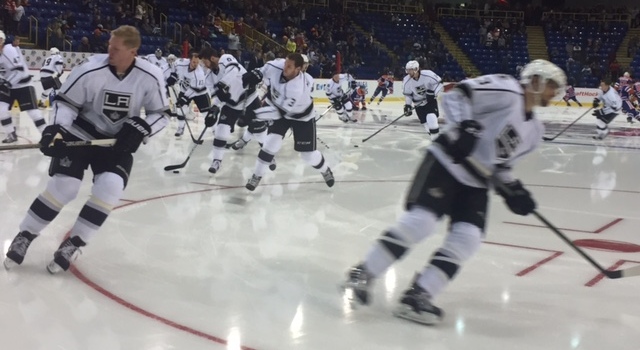 THIRD PERIOD
20:00: And we’re off.
15:10: GOAL LAK. 2-1. LaDue drifts to his left while cradling the puck at the blue line, snaps a hard, low shot that deflects off an Oiler, past Brossoit.
14:11: GOAL EDM. 3-1. McDavid toedrags around a diving Gilbert on a two-on-one, feeds Eberle for the one-timer.
10:12: GOAL LAK. 3-2. Mersch wins a battle, and the puck pops loose to McNabb, who blasted it inside the far post past Brossoit.
9:00: Quality chances from King, LaDue. Rebounds to be had.
7:26: PENALTY LAK. Gilbert for tripping.
7:15: Nice Campbell save on Yakupov’s rebound attempt.
2:52: Decent push by the Kings, who’ve generated the higher percentage of scoring chances this period.
2:25: Heading downstairs. Let’s talk soon.

SECOND PERIOD
20:00: Will be scouting a couple players this period, and the game is on TV. Updates will be irregular.
16:00: GOAL EDM. 2-0. McDavid jumps onto the ice, where the puck is at his feet. Takes one shot, circles the net, and lifts his own rebound past Campbell. Three shots, one goal in about seven seconds. (Goal time is an estimation; there’s no online box score being kept.
14:00: PENALTY LAK. McNabb for high sticking.
9:00: Major penalty, game misconduct for Pearson for a hit to the head on Davidson. Hit was also a touch late at the Edmonton blue line. Will be looked at, as all questionable hits are.
6:00: Toffoli’s two-on-one feed to Carter is snapped well wide of the net. Carter unhappy with his shot attempt, says a bad word.
4:43: Mersch grade B-plus chance from the high slot, but Brossoit swallows it up. Kings have better chances on the PK than the Oilers.
0:00: Done.

FIRST PERIOD
20:00: That time then and once again we’re bouncing ’round the room.
17:40: Kings doing a good job getting in on the forecheck and making zone exits tough. No shots yet, though.
17:17: PENALTY EDM. Bissonnette makes a good hit on the forecheck. Fraser, away from the play, decides to crosscheck him to the ice in retaliation. Fraser heads off for interference.
15:17: Nothing going on the power play. Still stuck on one shot.
13:55: Puljujarvi gets away with a high stick on McNabb. McNabb gives him a McJab in retaliation. No calls.
13:00: Good snarl shown by Greene. One hit draws a gasp from the crowd.
12:50: Pakarinen goes down in a heap in the corner. He’s favoring his left leg and appears to be injured.
12:20: Near partial two-on-zero for Eberle and McDavid after an LA turnover, but Forbort gets a piece of Eberle’s stick, channeling his shot wide.
10:28: GOAL EDM. 1-0. On a rush into the LA zone, a harmless looking Puljujarvi shot rises up over Campbell’s right shoulder, sneaks under the crossbar. Didn’t look like a great goal at first, but the shot may have clipped the defender’s stick blade and changed angles.
6:14: PENALTY EDM. Eberle for hooking.
5:35: After Pearson’s shot was blocked, Carter;s attempt at the loose puck was either knocked down or hit the post. Far side of the ice, so hard to tell, but a decent scoring chance. (We don’t have reviews tonight.)
4:45: Nice Brossoit save of a Purcell redirect of Gravel’s centering feed.
4:15: First McDavid rush of the game results in a Campbell save off his backhand, but it wasn’t the most high-grade chance. His burst of speed draws a gasp from the crowd, though.
3:45: Pressure by the McDavid line, but nothing that results in a high quality chance. Puck remained deep in LA’s zone for 20-30 seconds.
2:58: Toffoli’s shot from the left side denied by Brossoit. B-type chance.
0:00: End of the first. 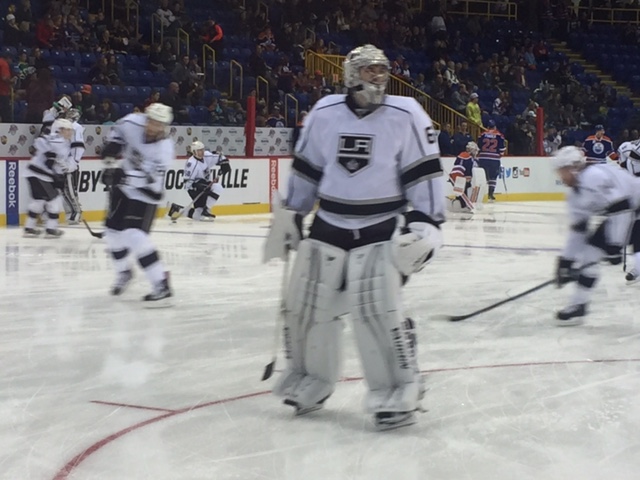 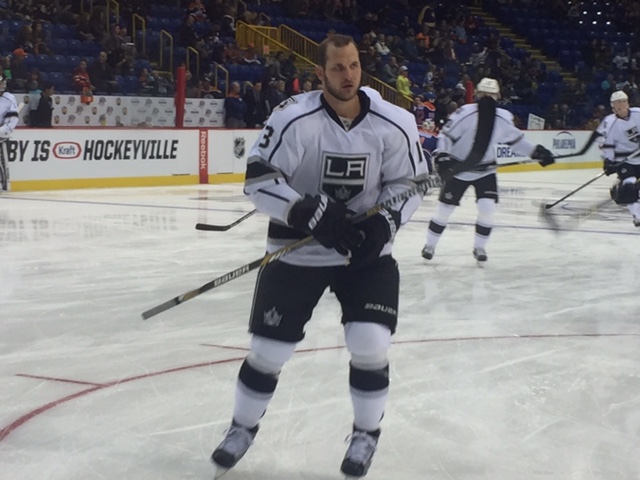 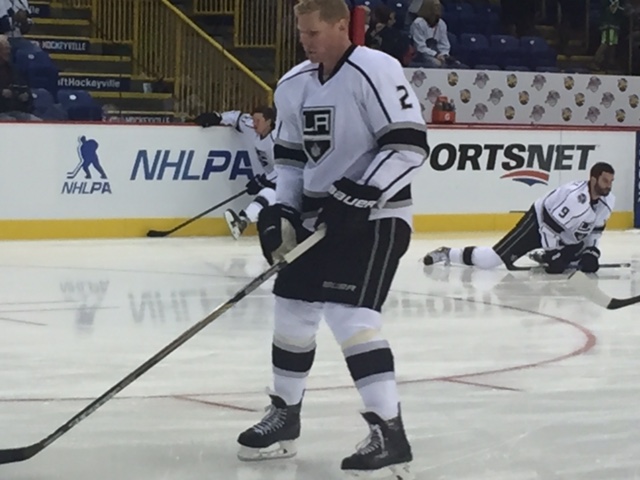 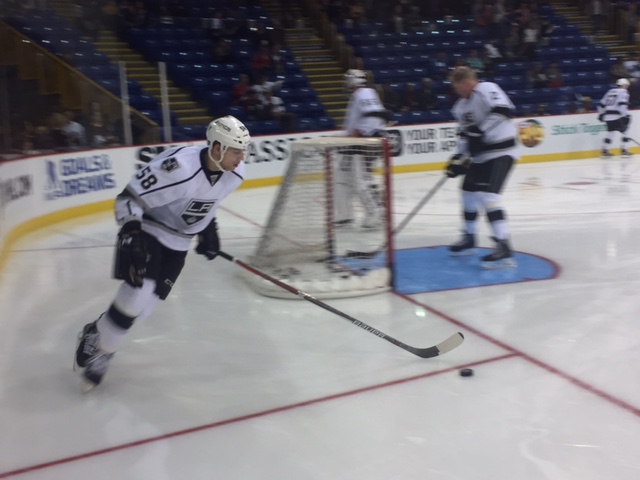 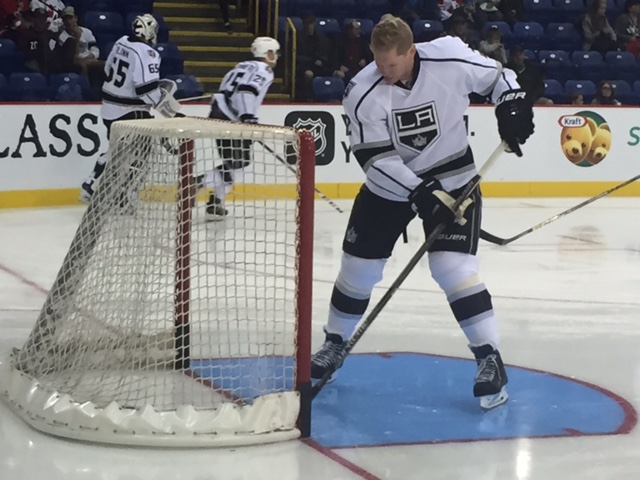 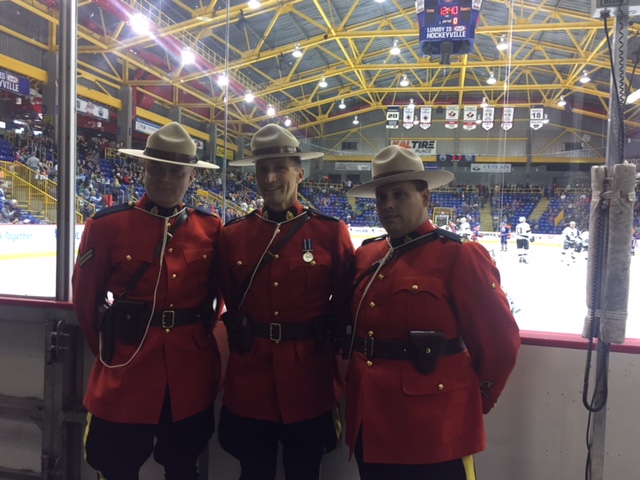 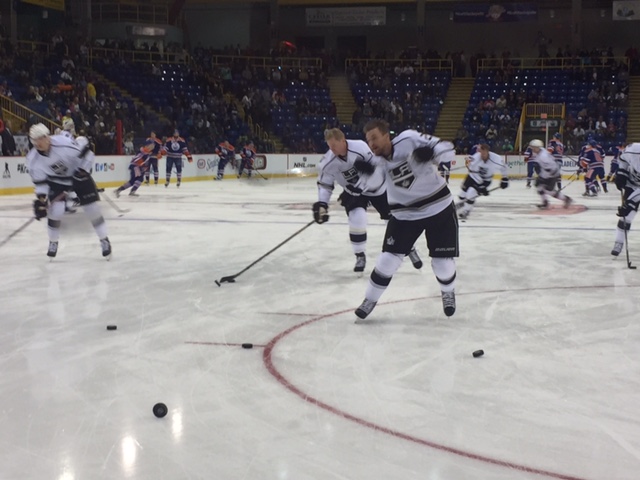 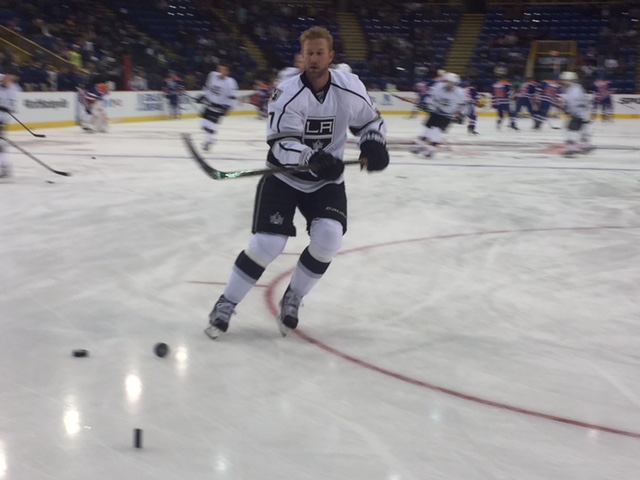 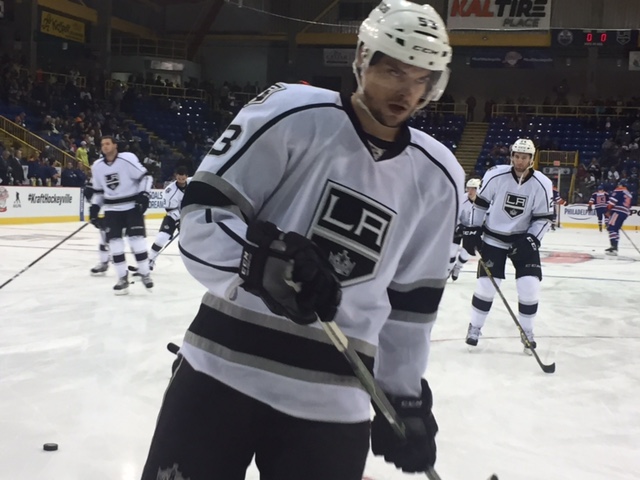 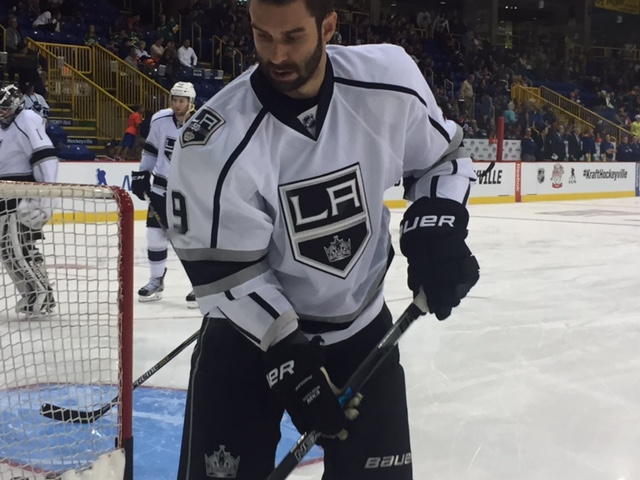 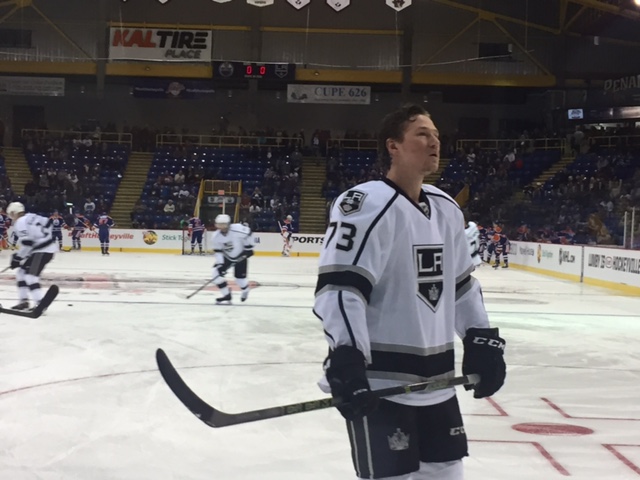 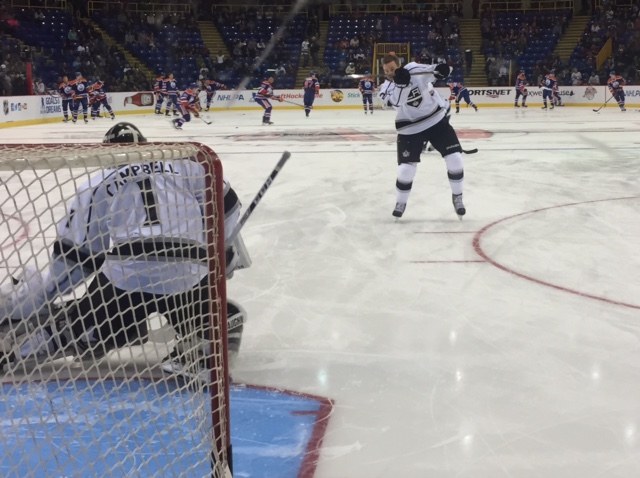 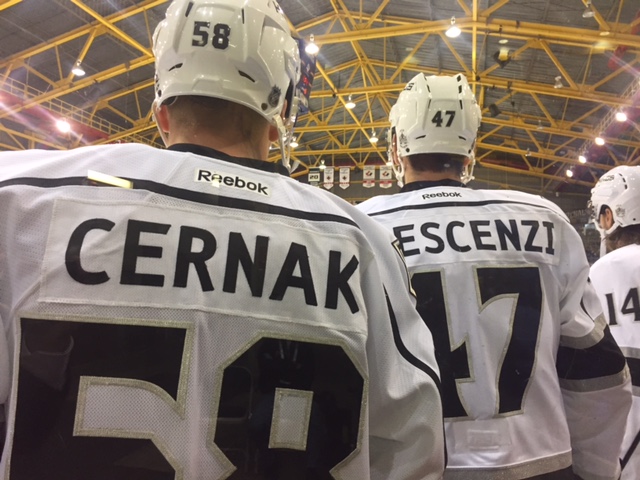