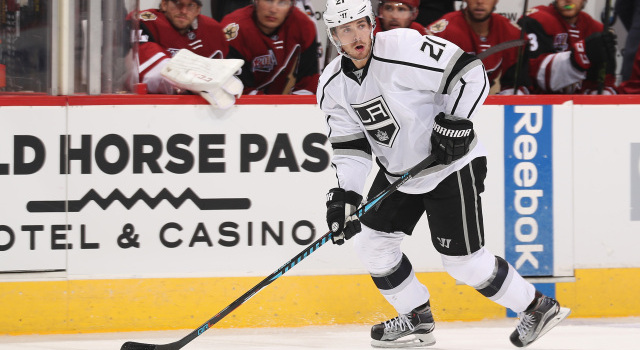 Forward Nick Shore fell to the ice awkwardly during his second shift of Los Angeles’ 3-1 exhibition loss to Colorado on Friday and is being evaluated for an injury, according to a hockey operations source. The Denver native was credited with 47 seconds of ice time and won the only faceoff he took.

Preseason games to Colorado have been costly in recent years. Jake Muzzin suffered a sprained knee during an exhibition game in Denver in 2013, a broken thumb in Colorado Springs in 2014 and an upper-body injury in Denver in 2015. In that same 2015 game at the Pepsi Center, Matt Greene suffered an upper-body injury. In the preseason finale against the Avalanche in Las Vegas last October, Dwight King broke his foot blocking a shot.

The Kings are scheduled to practice Saturday morning in Denver before traveling to Vernon, B.C. Should more information on Shore’s injury be learned, it will be posted to LA Kings Insider.

In 68 games with Los Angeles last season, Shore registered three goals and 10 points and led the NHL with a 61.3% raw Corsi-for.