Big season expected from Pearson, which comes with a catch-22 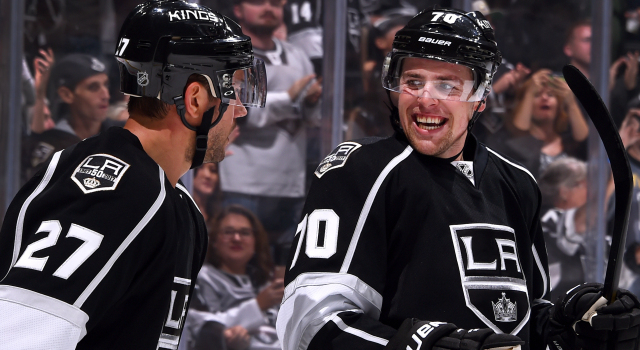 Tanner Pearson, once the wheels got rolling, had a fine 2015-16 season. He scored three times in overtime – including a postseason dagger – and totaled 16 goals and 24 points over his final 33 regular season and playoff games months after some earlier periodic inertia led to a few healthy scratches.

But with 79 games played, it was Pearson’s first full regular season in the NHL, and those slips in detail may be somewhat symptomatic of a younger player who was experiencing the ebbs and flows of his longest season to date.

That’s not going to fly this year. Pearson is among the players who will be counted on to supply offense while accentuating the consistency that has largely been there through the first 146 games of his NHL career. Tenure-wise, the 24-year-old with a hard, accurate shot and the ability to shoot off the rush is no longer in his infancy in the league and will quickly be entering the prime years of what should be a lengthy and productive NHL career.

“Me and Marty were actually talking about it today,” Pearson said. “The first time you stepped on as a rookie at main camp, your hands are just shaking. You look at these guys, and who’s out there, too. Obviously you’re a bit more relaxed knowing who’s out there and what’s going on. So, with that, obviously I need to probably produce more and get to that next step. When that comes along, other stuff will happen, too.”

The idea that there’s less leeway for Pearson wasn’t lost on Darryl Sutter, who acknowledged that his winger’s productivity will factor into the degree of success experienced by the team, which this year won’t be able to rely on the services of first-line stalwart Milan Lucic.

“Play a full season again. Contribute at both ends of the ice,” Sutter said of how Pearson could continue his upward trajectory. “I’d like to see his numbers go up offensively. He’s a really reliable guy. He’s a guy you can count on. Just want him to take that next step. We need that group of guys to really take a step for us, and he’s an important guy.”

And therein lies the catch-22. The Kings need Pearson to be highly productive, but should a significant rise in scoring materialize, they will struggle to find the capital to re-sign him. Pearson, like Tyler Toffoli, is due to become a restricted free agent after the season and should command a sizable pay raise. Both players signed two-year deals after the 2014-15 season; Toffoli’s for two years at $3.25-million per season, Pearson’s at $1.4-million per. Both cap hits represent “bridge” contracts that are more likely to double in average annual values than remain closer to their current cap hits.

“It’s obviously in the back of the head,” Pearson said of his contract year. “I don’t want to say ‘it’s such a numbers game,’ because that makes it sound kind of bad, but to get to where you want to go, you’ve got to produce, and I think you’ve got to … be a more consistent player, and with that, focus on the little things. I think those other things will come along and be there.”

The Kings have already allotted $58.6-million to 15 players for next season, according to financials provided by General Fanager. This season’s salary cap is $73-million. In other words, should Los Angeles intend to keep both Pearson and Toffoli, there’s going to have to be some excess trimmed from some area of the roster.

“I think we’re both on the same page of what each other wants to do,” said Pearson, a close friend of Toffoli’s. “But, also at the same time, it’s a business, and they’re trying to fit people under a tight cap space. It’s going to be a fun year, and hopefully I’ll produce and help the team win.”

Thus far, the forward who plays predominantly at left wing has skated to the left of Jeff Carter and Toffoli at training camp, and when Carter makes his preseason debut tonight in Denver, the three will be aligned together. They have a catchy nickname – That 70’s Line – but haven’t been able to consistently generate the type of chemistry that catalyzed the club’s 2014 Stanley Cup run ever since October of the 2014-15 season, when Pearson was named the league’s Rookie of the Month. (He was still eligible, despite having already won a Stanley Cup.)

When Pearson played with Carter last season, the Kings scored 1.49 GF/60 and yielded 2.60 GA/60 at even strength. Both players experienced better raw Corsi percentages away from each other than alongside each other. That’s likely to improve as the consistency and detail continues to solidify in Pearson’s game; Pearson, the club’s first round draft pick in 2012, is too good of a player not to find success over the long run alongside other skilled players in Carter and Toffoli.

While they’re tied together, the personal productivity isn’t as important as team-wide success, and the entire team is looking to rebound from a disappointing conclusion to a 102-point season.

Tanner Pearson, on off-season training during an extended off-season:
It gets to become a grind. Obviously my first year was when we won. You go home, you get two months to kind of hit the reset button, which is a pretty quick turnaround. The last two summers haven’t been the same. You’re able to go home, and you have a good chunk of time off, and then on top of that you’ve got a really good chunk of working out to do and getting back into shape. I think last year we had that emphasis of coming back in great shape, and we still came up a little short of where we wanted to be.

Pearson, on how to generate personal success this season:
I think just be more consistent. Last year I had that hump where I was healthied a couple games and whatnot, and looking at video of where my game should be – when it’s good, and when I’m bad, what it’s like. I just think I need to get rid of those dips and just be more of a consistent player. 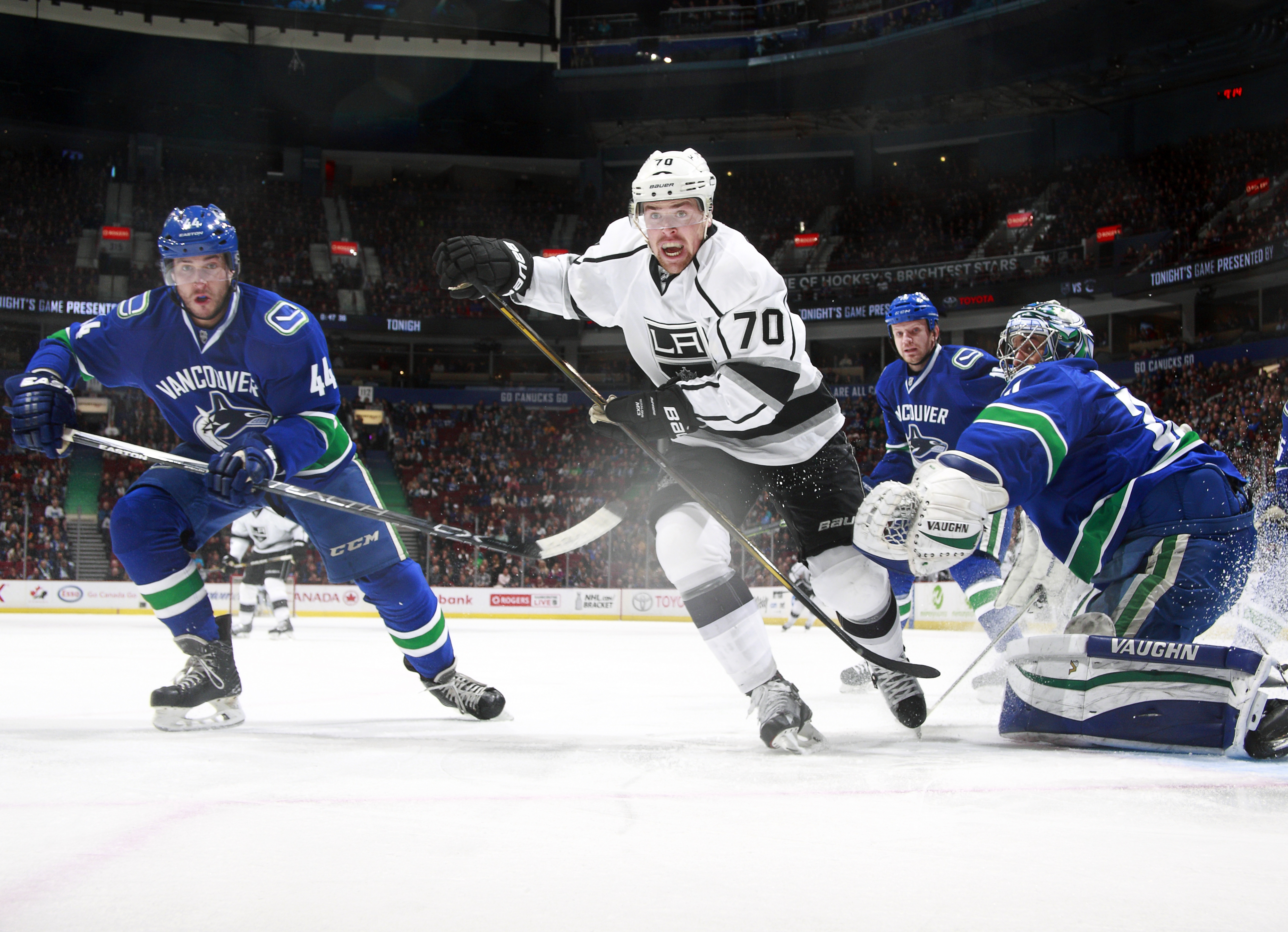