Carter should be “full go” at training camp 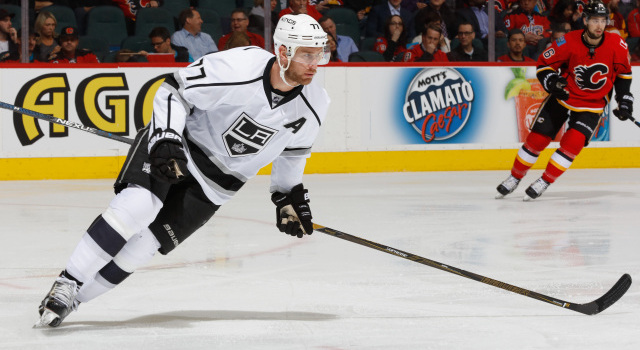 I don’t always like reporting these bits before seeing the whites of the player’s eyes, so to speak, but a hockey operations source told LA Kings Insider that Jeff Carter, who was unable to participate in the World Cup of Hockey after suffering a lower-body injury during training, is expected to be “a full go” when training camp opens at Toyota Sports Center in El Segundo on Friday.

For those thinking of playing hooky for some hockey, I’m told that Carter is penciled in for tomorrow’s morning group. The Kings will be split into two groups at camp, with one group practicing at 10:00 a.m. Friday and 2:00 p.m. Saturday, and the other at 2:00 p.m. Friday and 10:00 a.m. Saturday. The weekend culminates with Sunday’s “Kings vs Kings” exhibition in Ontario before the team begins a week in which it will play on four different days, including two separate split-squad affairs.

Though injury details are often scarce, Carter’s injury was never expected to have sidelined him for any extensive length of time, and for much of September he has been taking part in regular conditioning skates with his teammates at Toyota Sports Center in preparation for the season.