Carter suffers lower-body injury; not expected to play in WC 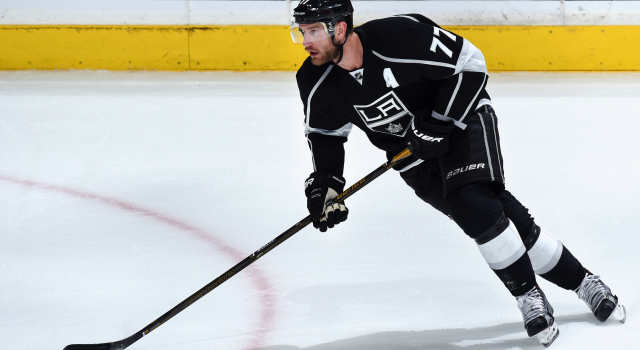 There was an ominous report that surfaced as many of us were getting out of bed this morning:

Some question about Jeff Carter's status for upcoming World Cup. Players report on Sunday, clarity should come by then

Based on correspondence, Carter suffered a lower-body injury while training. I have a preliminary sense that this isn’t a major injury – one source told LA Kings Insider the injury is “week-to-week” – though in all likelihood he won’t be able to participate at the upcoming World Cup of Hockey, where he would have joined Los Angeles teammates Drew Doughty and Jake Muzzin on Team Canada. Carter, who had been skating with teammates and other Los Angeles-based players at Toyota Sports Center recently, was scheduled to travel to Ottawa late this week to take part in Canada’s training camp, which opens with on-ice sessions Monday at Canadian Tire Centre. It’s expected, as Elliotte Friedman noted, that this should be addressed when players report on Sunday; expect some sort of a release at or before that time.

Twitter speculation has centered on players such as Mark Stone, Wayne Simmonds or Taylor Hall earning a selection in Carter’s absence. While I haven’t heard anything recently that would confirm or support the earlier hype, keep in mind that Canada General Manager Doug Armstrong had gone on record 10 months ago praising the play of Tyler Toffoli (along with Muzzin, who made the team). Still, given the ample talent available at Canada’s disposal, it might be a bit of a stretch to expect Toffoli to earn a spot when Canada appears to have lost a player capable of slotting at both center or wing.

At the 2014 Winter Olympics, Carter finished with three goals, five points and a plus-six rating in six games and registered a hat trick against Austria in pool play. In 77 games with Los Angeles last season, the (now) 31-year-old totaled an impressive 24 goals, 62 points and a +18 rating despite dealing with an upper-body injury in the second half of the season.

The end of a long conditioning skate. Hockey: getting a little closer.