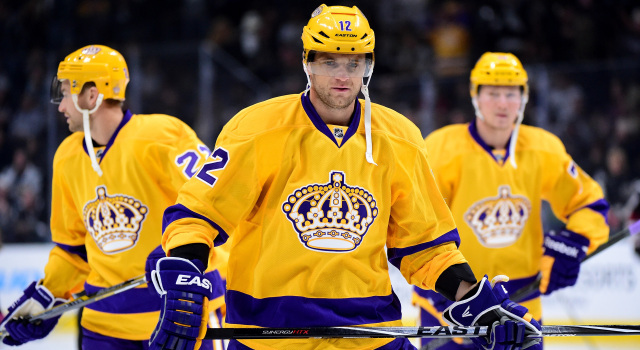 GABBO GABBO GABBO. Scott Burnside had a 10-minute conversation with Marian Gaborik that was included as part of a Hockey Today podcast posted earlier today on ESPN.com. It was followed up with nearly 10 minutes of Burnside, Craig Custance and Joe McDonald talking about the Kings and how they could be affected by the World Cup claiming a handful of players in advance of the start of the season.

It’s not embeddable, and I don’t like downloading audio and soundclouding it – thus marking the first use of “soundcloud” as a verb – so go ahead and click on THIS LINK and listen to Gaborik and Burnside (at the 11:30 mark), which is followed up by the conversation on the Kings.

Some Gaborik bits: Marian’s summer has been dedicated to training and his own hockey school (held at Arena Mariana Gaborika), which celebrated its eighth year. As for his continued rehabilitation following the team’s playoff exit, he referenced the off-season as a “pretty challenging summer,” though he did take some time off immediately after the conclusion of the season, as all players do. He called playing for Team Europe, and not Slovakia, “a different challenge for us,” though he expressed interest in getting the tournament underway. Again, Burnside and Custance discuss the particular challenges for the Kings, who will be without the services of Jonathan Quick, Jeff Carter, Drew Doughty, Jake Muzzin, Anze Kopitar and Gaborik for a good chunk of training camp and the preseason.

MATTY HOCKEY. Deborah Lew recently sat down with Mathieu Schneider, who reflected on his Los Angeles tenure and shared some terrific recollections of the early-aught Kings. There are stories of Stu Grimson, Jere Karalahti, and a great memory of Jamie Storr’s pre-game routine:

There were a number of guys who made a lasting impression on Schneider from his tenure with the Kings, goalie Jamie Storr being one of them. Schneider describes Storr as “incredibly nice person, but just off his rocker.”

One of Schneider’s earliest memories of Storr came during their first exhibition game together, played in Bakersfield.

“Nobody had warned me about him, and the trainer sat me right next to him,” Schneider says about Storr, whom he knew a little bit from summer training.

“I was never a superstitious guy, but goalies are generally very superstitious, Jamie, in particular, was very superstitious,” Schneider continues. “I go get my coffee, I’m starting to get ready, and Storsy is laying on the ground with his legs up on the bench – I’d never seen this before – and he’s visualizing making saves. His eyes are closed and he’s kind of talking to himself, his hands are moving all over the place.

“I kind of stare at him, and I’m drinking my coffee, and I looked around, and I think it was Glen Murray and a couple of the other guys are pointing at me, they were waiting to see what my reaction was, and they just started dying when they saw me,” Schneider recalls fondly. “I knew better than to bother a goalie during his routine, but later on as the year went on, I was always in the middle of his routine like ‘hey, Storsy, what do you do when it goes 5-hole? You’re not closing up the 5-hole?’ We busted him a lot, but it was all in good fun. He’s a piece of work, no question about it.”

5K. A quick reminder that pricing for the 5K benefiting Hydrocephalus Association jumps up five bucks to $45 tomorrow. To lock into the lower rate, click this link. The 5K stakes place at 8:00 a.m. in Redondo Beach on Saturday, September 17. How could you say “no” to a smiling Daryl Evans? 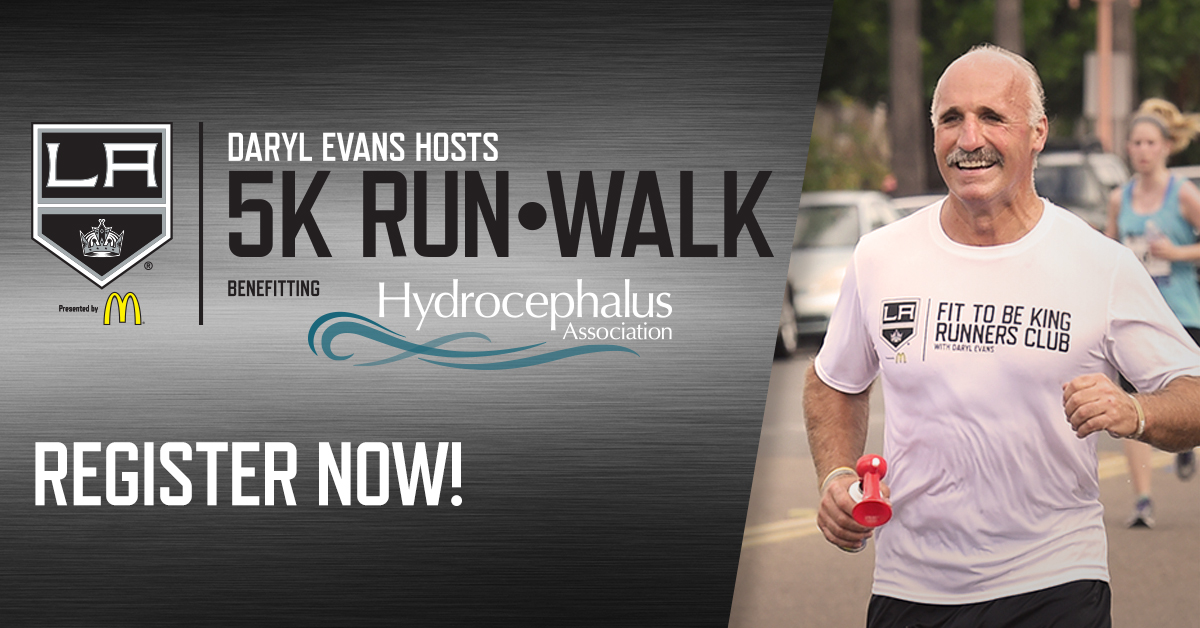