Reign to face Bakersfield in Outdoor Classic on Jan. 7 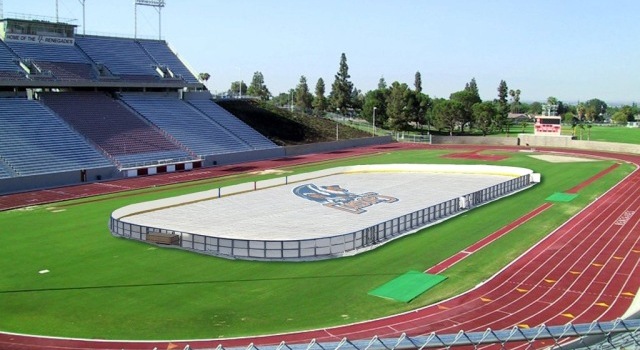 The Ontario Reign are taking their game outdoors.

The Reign will face the Bakersfield Condors in an outdoor game on Jan. 7, 2017.

The game, which will officially be called the Three-Way Chevrolet Condorstown Outdoor Classic presented by Mission Bank, will take place at Bakersfield College’s Memorial Stadium. Memorial Stadium is home to the school’s football team and seats 19,000.

“I think it’s exciting for the sport in this part of the world,” said Reign president Darren Abbott via phone on Tuesday. “We’re happy to work the Condors and I think it’s going to be fun for both sides.”

This is the first time since their AHL move west that the Reign have been part of an outdoor game. The Condors took part in one last season, the first of its kind in California for the league, hosted by the Stockton Heat.

“AHL fans throughout California proved last year that they are dedicated and passionate about our sport,” AHL President and CEO David Andrews said in a press release. “This event will be a great celebration of hockey in a unique atmosphere, and we look forward in sharing the excitement with all of Condorstown in January.”

This will be the ninth outdoor game in AHL history and the game will be the concluding event in an 18-day Winterfest.

For more information on Winterfest and the game, click here.