The Reign have agreed to terms with forward Daniel Ciampini, the team announced last weekend.

Ciampini, a 25-year-old Concord, Ontario, native, split time last season between the AHL’s Rockhord IceHogs and the ECHL’s Indy Fuel. In his first pro season out of college Ciampini registered 1 goal in 10 games with Rockford and 14 goals and 24 assists in 48 games with the Fuel. 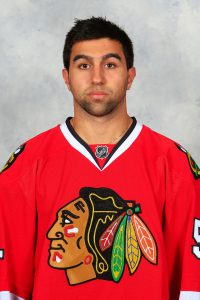 Ciampini played four full seasons with Division I Union College from 2011-2015 and was a finalist for the Hobey Baker Award his senior campaign. A proven winner, Ciampini was part of the Dutchmen’s 2014 NCAA title and helped the team to back-to-back ECAC championships in 2012 and 2013. After concluding his senior season he played with the AHL’s Worcester Sharks for 15 games, registering 3 goals and 3 assists.

Below is Ciampini’s statistical history of his career, courtesy of eliteprospects.com.