Numbers for the new guys 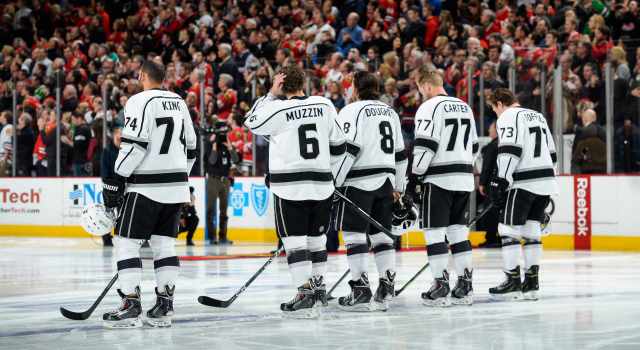 Via the Kings’ public relations Twitter account, numbers have been assigned to new members of the club:

Keep in mind that these will be numbers worn by the players until they aren’t; Christian Ehrhoff was announced as 44 late last summer before he switched to 10 for the start of the season. Tom Gilbert had worn 77 throughout the entirety of his 637-game NHL career, but 77 is already taken, so he did a little bit of math and ended up with 14. In previous stints with the club early in their NHL careers, Purcell was assigned 54 and Zatkoff wore 36 (though the latter never entered into a regular season game with the club).