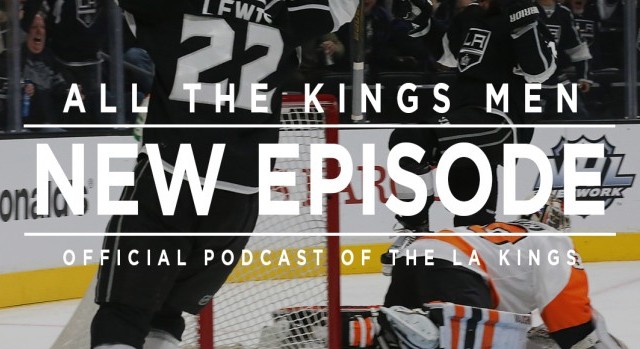 A good morning to you, Insiders. Jesse Cohen, The Royal Half and I recorded a podcast last night, and after calling to attention the Jaden, Braden and Kaedens of Western North America, actually got down to business and discussed recent and near-future topics such as the NHL Draft, the Kings’ approach to free agency and how it may differ from previous seasons, and Trevor Lewis’ new contract.

-As noted on the podcast, there wasn’t anything going on with UFA forward Kris Versteeg as of Saturday afternoon, so expect the 30 year old to hit the open market. Versteeg totaled four goals and five points in 14 regular season games and one goal and two points in the five-game San Jose series.

-Soon-to-be 18-year-old Moose Jaw goaltender Brady Willms will attend the Kings’ development camp on an invite. The 6-foot-2, 170-pound B.C. native was ranked 14th amongst North American goaltenders on NHL Central Scouting’s final list (and 1th on the midterm list) during a season in which he posted a record of 8-11-3 with a 3.34 goals-against average and .906 save percentage for a Warriors team that made the WHL playoffs but ceded 239 goals in 72 games in doing so.

-Milan Lucic is visiting Edmonton today, via ESPN.com. Also from Pierre LeBrun: Vladimir Sobotka is eyeing a return to St. Louis, and could provide some defensively responsible play that could help off-set the potential departure of David Backes.

-As part of the 50 Kings series, Jesse Cohen interviewed Bill Inglis, who played for the Kings and Sabres in their inaugural seasons.