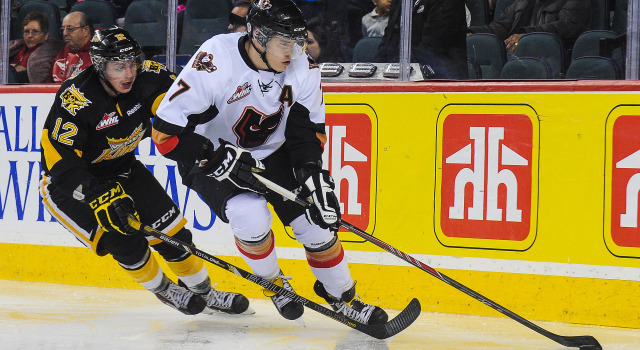 By qualifying a player, a team indicates its intention to maintain their rights and open up negotiations. Absent of a qualifying offer, players are eligible to become free agents on July 1.

There are no enormous surprises here. The one player that may not have received the rubber stamp treatment was Crescenzi, though conversations with hockey operations indicate that the team thinks highly of the center, a responsible and well-regarded professional who has a high hockey IQ. Continued in-person evaluation over the last two-plus seasons of the 2015 Calder Cup champion showed no deviation from that analysis. He was originally acquired in January, 2014, in the trade that sent Brandon Kozun to Toronto.

The book appears to be officially closed with Bartosak, a goaltending prospect previously held in high regard who had been suspended without pay by the Kings following an alleged violent altercation with his girlfriend in November that resulted in 12 “domestic-related charges,” according to the New Hampshire Union Leader. He joined HC Vitkovice in January. Kitsyn, selected in the sixth round in 2010, had signed with KHL-Nizhny Novgorod earlier in the off-season.

Even if players aren’t qualified, they can still be re-signed as free agents. That shouldn’t occur with any of the names listed above, though it did happen three summers ago with Keaton Ellerby.

Based on financials provided by General Fanager, the Kings have allocated approximately $67.18M to 19 players for the 2016-17 season, dollar figures that include Mike Richards’ cap recapture and settlement. The 19 combined cap hits do not include the contracts for Kevin Gravel ($668K), Michael Mersch ($787K) or Nic Dowd (RFA), three rookies with the best opportunities to earn a spot on the team. Should they unseat a more expensive player already under contract, the team’s combined payroll could be reduced further. Teams may have up to 23 players on the active roster; the 2016-17 salary cap has been set at $73M.