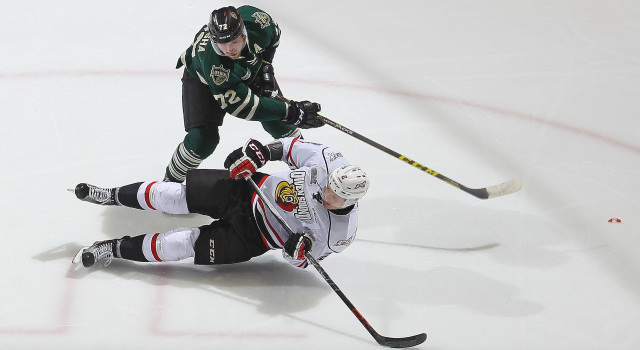 VP of Hockey Operations and Director of Player Personnel Michael Futa, on Jacob Friend:
Just an old, throwback-type defenseman. Real hard-nosed guy. Competes. … Got to work on his feet. He’s not a bad skater – just got to get a little bit quicker – but he’s a kid that’s not afraid to muck it up, kind of like that Matt Greene mentality as far as an excellent penalty killer that’ll lay the lumber on you. He defends well and just plays hockey the way it’s supposed to be played. Real passionate guy. We’ve had success in the later rounds with the MacDermids of the world and some guys that really compete hard, like Jordan Nolan, and this guy’s compete level is off the charts. There’s a lot to work there with our development team, so we’re pretty excited about Jake being there as well.