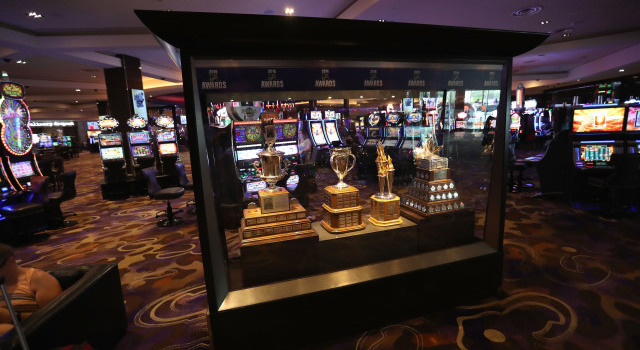 The National Hockey League is expanding to Las Vegas, Commissioner Gary Bettman and new owner Bill Foley announced at a press conference at the Encore Las Vegas on Wednesday. This is major news across the professional sports landscape as the NHL becomes the first professional league to establish itself in a city associated with gambling, revelry and excess.

Las Vegas is certainly a unique market, and Foley, speaking with LA Kings Insider, discussed the demographics that he believes will make the city ripe for long-term success.

“Las Vegas is the largest city, the largest metropolitan area that is not represented by a major league sports team. 2.1, 2.2 million people, close to moving towards 2.3 million. A lot of transplants – a lot of people from the northeast, Canada, Minnesota, Chicago – so they’re all hockey fans, and we demonstrated that,” said Foley, the former Chairman of the Board of Fidelity National Financial, Inc., who played some hockey in Ottawa while his father was stationed there as a member of the United States Air Force. “Part of our goal was when we got underway with this was ‘let’s prove that Vegas wants hockey,’ and we got 14,000 season ticket deposits, and we’re selling tickets like crazy right now. So, things are good. We’ve got the right demographics.”

The Los Angeles Kings have firsthand knowledge of playing games in Las Vegas. When they face the Dallas Stars and Colorado Avalanche at the brand new T-Mobile Arena on October 7 and 8, they’ll be playing their 20th and 21st preseason games in the Silver State since their popular Frozen Fury exhibition games began with an overtime win over Colorado in 1997.

This is Las Vegas, so there are obviously the natural concerns about nightlife, partying and distractions that could potentially affect a team’s preparation, but Drew Doughty, who has appeared in Frozen Fury games since 2008 and greatly improved his conditioning program in the most recent off-season, spoke on behalf of those whose commitment to training and health has improved greatly under this current generation of players. Those in the highest professional hockey league are professionals, and whether they’re in Las Vegas, or Montreal, or Sunrise, Florida, during the regular season, their game preparation generally doesn’t change.

“Obviously everyone’s going to be thinking the road teams are going out to the clubs or whatever it may be and all that kind of stuff, but we’re all professionals,” Doughty said. “We’re all adults, and we know how serious it is to show up for jobs in the right shape and to go out there and play our best every single night. I don’t see anyone taking those risks, and like I said, we’re all professionals, and we are on these teams and this is our job. You can lose it at any time, so no one will be risking that.”

This year’s Frozen Fury installment is the final in its current format because of the territorial rights that now belong to the Las Vegas team, which is yet to be named. But there is hope that an agreement could be worked out between the two to-be rivals to continue an ongoing tradition of Los Angeles playing preseason games in the city.

“We’d love to do that with the Kings,” Foley said. “We’re going to be good partners, and I’ll be a good owner. I’m sure the other owners know that when they allowed me to join their club. We’ll be very responsible partners.”

Said Kings President, Business Operations, Luc Robitaille: “I don’t think there’ll be the ‘Frozen Fury,’ but we’ll play probably a preseason game every year, if he wants it. We’d be very interested. It’d be fun. We want to keep it going. Our fans love it, too. It’d be awesome.”

“There are casinos in every city in North America now, and I think guys are just going to come in here and play their game,” Robitaille said. “There are a lot of great restaurants here. The guys now, they take the game so seriously. They get ready for every game. I don’t think this city will change anything. By the Kings coming into play every year, it’s always been our best preseason game. It’s the one with the most emotion, and guys have always been ready, so I expect a lot of the same.”

How Pacific teams' schedules will shake out when @VegasHockeyNHL joins the division: pic.twitter.com/6f300nCFLg