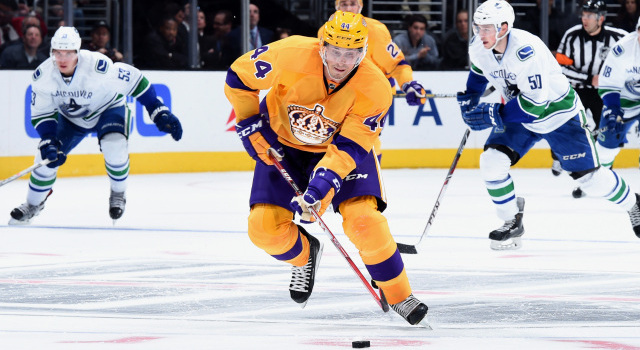 Veteran center Vincent Lecavalier, who had confirmed at the conclusion of the season that he would retire, officially announced his retirement on Tuesday by issuing a statement that thanked the Lightning and Kings in addition to members of his family, his agent and former teammates and coaches.

As I publicly announced at the time I was traded to the Los Angeles Kings, the 2015/16 season would be my last in the NHL. I recently informed the Kings that I am stepping away from the game and will no longer play professional hockey. It is my desire and intention to retire.

Hockey has provided me so much in my lifetime but requires an incredible commitment. It is now time for me to devote more time to my family.

I want to take this opportunity to thank the people who have helped me along the way and shared this journey with me. First and foremost, I would like to thank my parents, my wife, Caroline, my brother Philippe, sister Genevieve and my entire family. I could not have accomplished anything without your love and support. Thank you to the Tampa Bay Lightning for drafting me and providing me the opportunity to embark on my NHL career. I will never forget winning the Cup together in 2004, and the incredible support from Lightning fans. To the LA Kings, thank you for providing me the opportunity to finish my career on a positive note. To the coaches who have developed me and challenged me – you made me a better player and person. To my agent, Kent Hughes, thank you for all your efforts and support throughout my career.

Hockey is the greatest team sport in the world. There is nothing like sharing a locker room with your teammates and competing together day in and day out. I have made lifelong friends and I’d like to thank them for making this an unforgettable journey…. Thank you 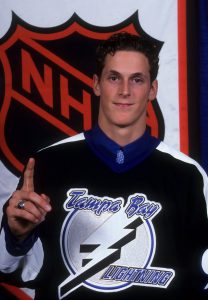 I challenge you to find one person in the sport who would have anything negative to say about Lecavalier, who has been renowned throughout his career for being a class act and a guiding presence to his teammates. At the end-of-season media availability, he kept his post-playing career options open but did hint at possibly returning to Tampa at an appropriate time to serve as a team ambassador.

The first pick in the 1998 NHL Draft, Lecavalier logged 1,212 regular season games with Tampa Bay, Philadelphia and Los Angeles, amassing 421 goals, 528 assists and 949 points. He was an alternate captain on the 2004 Lightning team that defeated Darryl Sutter’s Calgary Flames in seven games to capture the Stanley Cup.

Because he signed his contract under the current CBA, there is no cap recapture penalty that Los Angeles or Philadelphia faces. LA Kings Insider had already adjusted 2016-17 financials with the understanding that Lecavalier would retire, so financials as provided by this site will not change. The Kings have allocated roughly $64.843M to 19 players for the 2016-17 season, dollar figures that include Mike Richards’ cap recapture and settlement. The NHL’s salary cap, based on reports and foresight, appears to be in the range of $73-million for 2016-17. That’s based on the players exercising their 5% escalator clause, which seems like a good bet.

“He came right here and put his foot on the pedal. He’s a proud guy. You don’t be a Stanley Cup champion and a great player and one of the captains on a Stanley Cup champion unless you’re a great player,” Sutter said in March. “…When he came here, he basically plays behind Kopi and Jeff, so it’s a good fit if you still have the passion to do it. There’s a point in everybody’s career also where that passion diminishes, but his certainly hasn’t, and to me, I’ve said it on different occasions since I’ve been here, that’s why I think he’s a Hall of Fame player.”