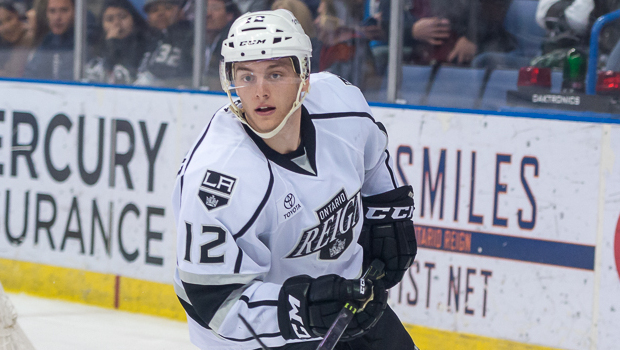 Reign exit interviews were held on Tuesday, May 31 and the media present had the opportunity to speak with NINETEEN players. This is the fourth entry of “Exit Entries,” where what was discussed will be noted player by player. Rookie forwards Jonny Brodzinski and Joel Lowry are set to take on bigger roles for Ontario next season.

The start and the end of his first pro season didn’t go the way Jonny Brodzinski envisioned.

The beginning was clouded by a 17 straight games without a goal.

“Probably just not to press right away,” Brodzinski said when asked what he took away from the season. “That was kind of one of the big things going into this year, was trying to come out to a hot start right away and it didn’t happen so I got kind of frustrated and that’s something you can’t do in this league.

“If you work hard, things will come your way.”

Once he finally found the back of the net, he finished with a respectable 15 goals in the regular season. He had stints on the Reign’s top line and was earning the trust of Mike Stothers which the coach said both verbally and exhibited by his actions, rewarding Brodzinski with special teams ice.

The Calder Cup playoffs started off with Brodzinski in the limelight. He scored two goals in the first-round against San Jose before suffering an injury on a shot block in the clinching game of that series on April 29. He did not play another postseason game and required surgery on his top-hand left wrist.

“It sucked right away but I tried to get back in the lineup,” said Brodzinski, who thought his wrist would be back to 100 percent by the end of this month. “I was out there for practices and stuff, I taped it up and it just wasn’t happening. It shifted a little bit, so not good.”

Brodzinski will spend the summer skating and training with his brothers in his native Minnesota where his mother, Kathy, runs Schwan Super Rink in Blaine. First and foremost his main goal is to get his, “thumb back to 100 percent.”

Brodzinski, on the move to California:
It’s nice to be, definitely, out here for sure. Coming from end of the year last year in Manchester where the bigger team, the head guys don’t get to come out to as many games, kind of coast-to-coast, so it’s nice to get the feedback from all the head guys. 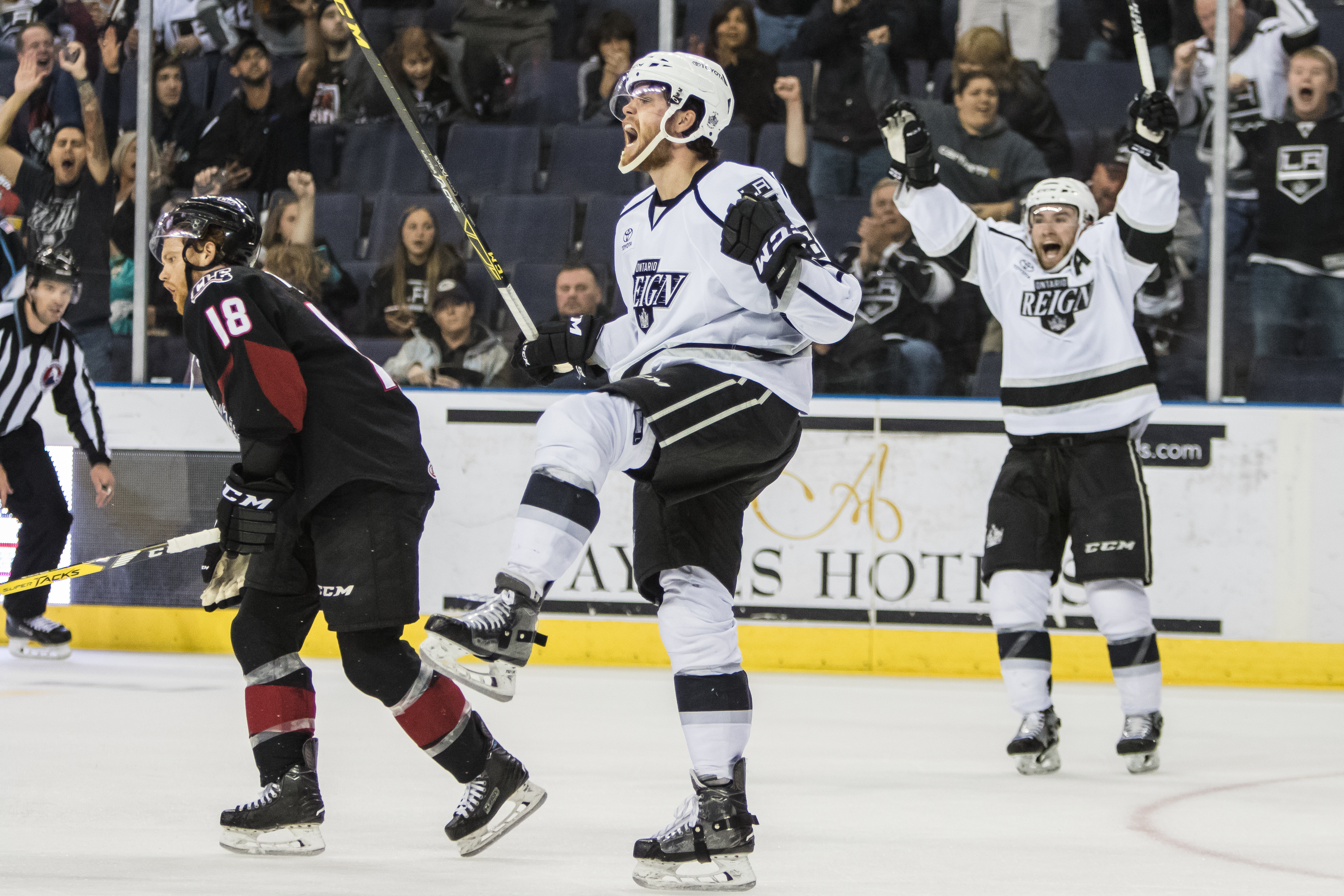 For Lowry, it was a rough entry to the season for him, too. He came to the Reign still nursing a back injury and didn’t play until mid-November. He was in and out of the lineup at times and played in 41 of 68 regular season games.

“I think I’m definitely getting there,” Lowry responded when asked if by the playoffs he was playing his brand of hockey. “Obviously the way I started the season wasn’t the way, personally, I wanted to. I think just trying to find that consistent game where I’m playing physical and doing the right things out there, I think I started to do that a little more at the end of the year but I’m still not where I expect myself to be.”

Lowry’s game picked up tremendously in the playoffs. As mostly a third- and fourth-line player, he earned some ice at on the first line and his four postseason goals finished tied for the team lead with Nic Dowd and Adrian Kempe. The four goals in 12 playoff games were just one less than he had in the regular season.

“I think I started to play a lot closer to where I expect myself to be so I think it was definitely a good learning experience and a step in the right direction for me,” Lowry said of his postseason play.

For Lowry, who scored two goals in the Western Conference Finals loss to Lake Erie, it was almost as if the season ended too soon, just as he was beginning to show his knack for timely goals. But, with a team-first answer, he didn’t really see it that way.

“I think it’s more it’s over when you get that far and you’re that close to getting to where we want to be and we weren’t able to quite get it,” he said. “I don’t think when it’s over, I don’t think you really think of it too much personally, I think it’s more from a team standpoint. I think just battling so hard especially how hard we played in that fourth game, I thought we played pretty well, too. To come up on the losing end of that one was really tough.”

Lowry, on what’s missing in his game:
I think that consistency. I showed flashes of it at some points where there’s spots where I’m still getting pushed off the puck down low and that’s something that normally I’m not used to. I think I just want to get stronger this summer so things like that aren’t happening.

Lowry, on taking on a bigger role next season:
Definitely. I think that’s everyone’s goal when they come into training camp. Obviously it will be kind of a short summer but it’s a really important one for a lot of us, especially the young guys. We really need to commit ourselves in the gym and make sure that we’re coming back and giving ourselves the best opportunity at the start of the year.