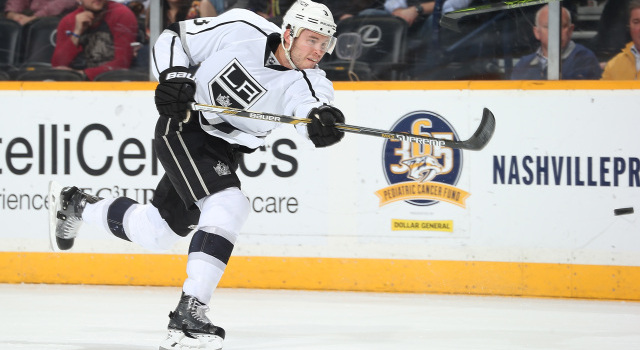 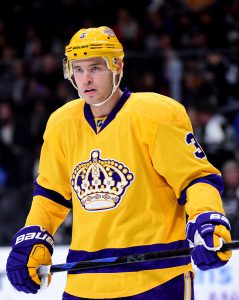 The good: An evaluation of Brayden McNabb’s 2015-16 performance more or less identifies two disparate chunks of the season. There was his performance through January 2, when he averaged 21:12 of ice time through his first 37 games and was in the process of building his identity, and then there was his performance through the remaining 44 games as his ice time dropped significantly. Overall, he saw a major increase in his usage, jumping nearly three full minutes to an average of 18:49 per game, and generally saw some pretty good competition, though his zone starts were mostly neutral. There were pains associated with a wider and more difficult workload – more on that below – but McNabb still maintained impressive possession numbers and ended the year with a rate well in the black when compared to his play-driving teammates. The puck was generally in the attacking zone when he was on the ice, and that’s a very good thing. Though a snap evaluation would indicate that McNabb was a bit exposed on the top pair, the numbers present a highly encouraging picture of his play alongside Drew Doughty, with whom he spent the vast majority of his minutes. In nearly 1,100 five-on-five minutes together, the Kings averaged 2.03 GF60, ceded 1.42 GA60, and owned the puck to a 60.2% Corsi-for. As for denying zone entries, limiting shots and scoring chances against, McNabb was quite useful, as Jason Lewis wrote in an extended review that calls to attention many of the underappreciated values inherent in the country-strong and hard-nosed 25-year-old. As for the intangibles, they’re not too different from what would be expected out of the youngest regular on the team’s blue line. “Need consistency out of your third pair. Same as the fourth line,” Darryl Sutter said. “Move guys around, minutes go up, minutes go down, situations go up, situations go down. Brady’s a good young player. We’re still searching for the consistency night in and night out.” 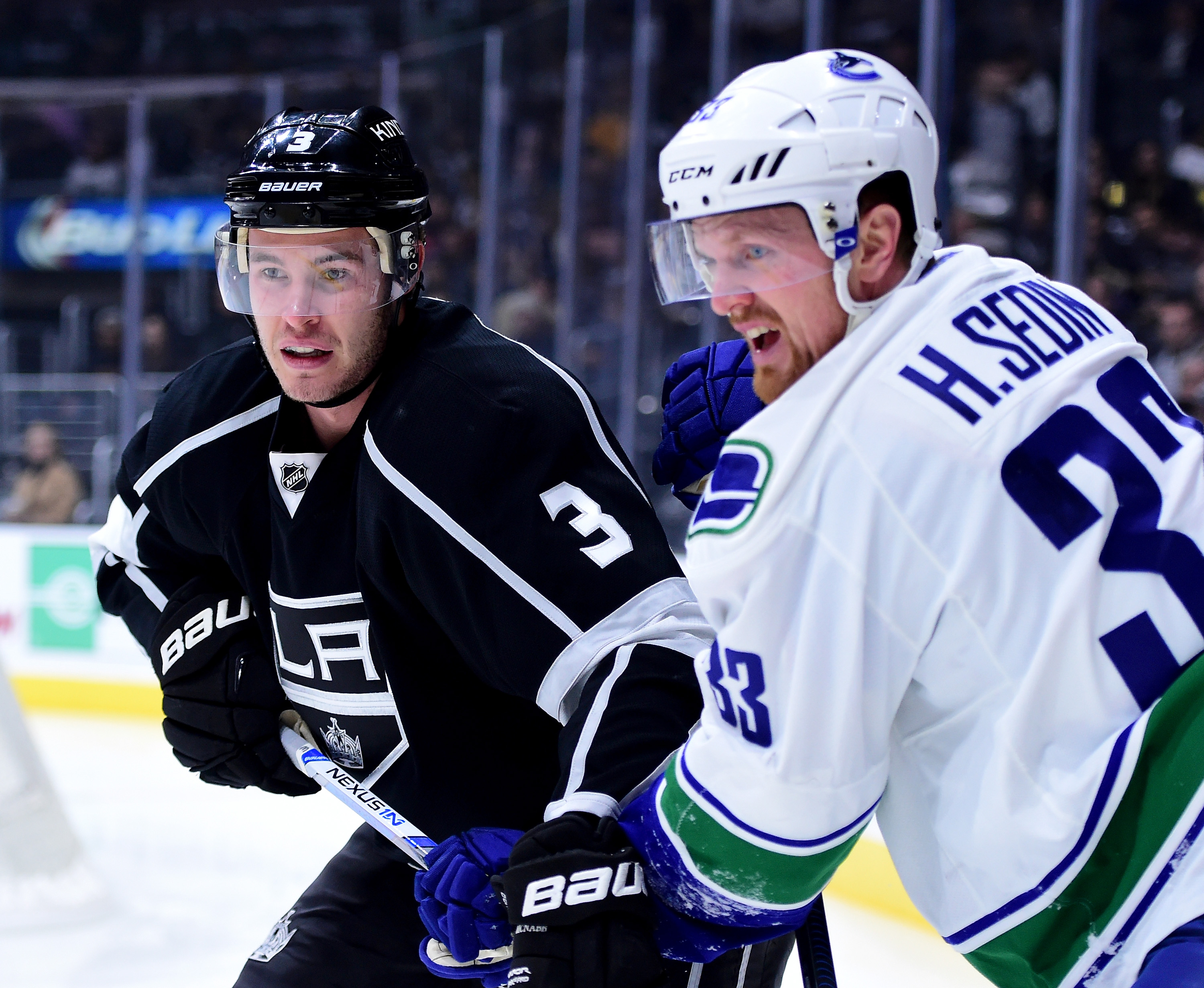 The bad: After a sub-par training camp that resulted in an opening night healthy scratch, McNabb’s consistency wasn’t there for stretches of the season, and his minutes dropped once Luke Schenn and, later, Rob Scuderi joined the fold. McNabb is a thunderous hitter but can be brought out of position in laying his calling card open ice hits near the boards in his own end and is prone to taking penalties; his -13 penalty differential was tied for the 10th worst rate in the league. He’s also not a gifted skater, and at times his footspeed was a liability, with one source insinuating that the 6-foot-4, 216-pound bruiser has small feet for someone his size. McNabb wasn’t at his seasonal zenith late in the year and was challenged at times by battles deep in his own zone. “He should knock guys on their ass once in the game. He shouldn’t take penalties that they score on, he shouldn’t turn pucks over below the goal line,” Sutter said. “I noticed all those things.” For someone who was tasked at times with playing alongside Doughty, McNabb’s production dropped significantly from the season prior, even though his usage increased significantly and he was playing with better players. His play in his own end is more important, but his Pts/60 in five-on-five play was .54, the lowest amongst L.A. defensemen who played regularly and behind Scuderi’s season-long .62, and his A/60 fell from 1.04 in 2014-15 to just .45 in 2015-16. For as well as his advanced stats appeared – and again, his ability to suppress goals, chances, shots and entries in his own end was fine – they didn’t really translate into tangible results.

Going forward: There should be no finalized or overarching verdict on McNabb based on his 2015-16 numbers. He’s 25, and there’s still ample room for him to grow, and added experience may eliminate some of the past year’s deficiencies. The team will task him with working on his skating between now and training camp, and, come 2016-17, he’ll look to continue to hone in his identity and consistency as a player, which remains somewhat nebulous but carries significant upside. He’s an RFA who shouldn’t drastically impact the team’s salary structure but will still be due for a raise over the modest $650K he earned in 2016-17. The reports that the format of an expansion draft would allow teams to protect three defenseman could indicate that McNabb would be left exposed (see: Doughty, Muzzin, Martinez), but because expansion is not yet a certainty, and because of the option to defer it to the 2018-19 season, a decision at this moment would be based on an incomplete set of McNabb data and should be held off until a later time. He’s young, physical and has a strong constitution, and when things are going well, he’s adept at moving the puck up-ice with pace. On the other hand, there have been concerns about his speed, discipline and puck management. After an encouraging emergence in 2014-15, he saw more minutes this year but clearly opened up a mixed bag with the opportunity and wasn’t trending well when the season ended. 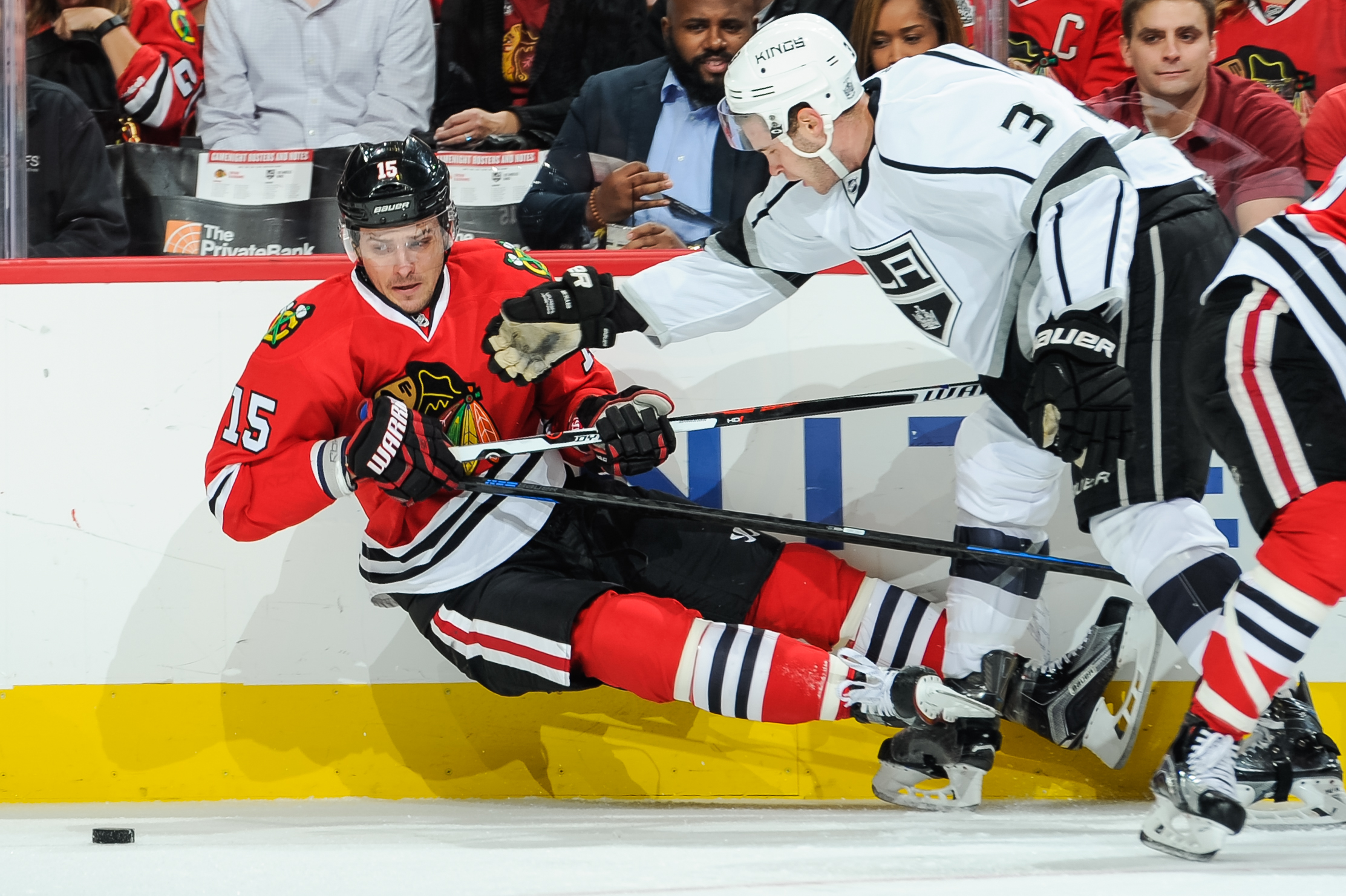 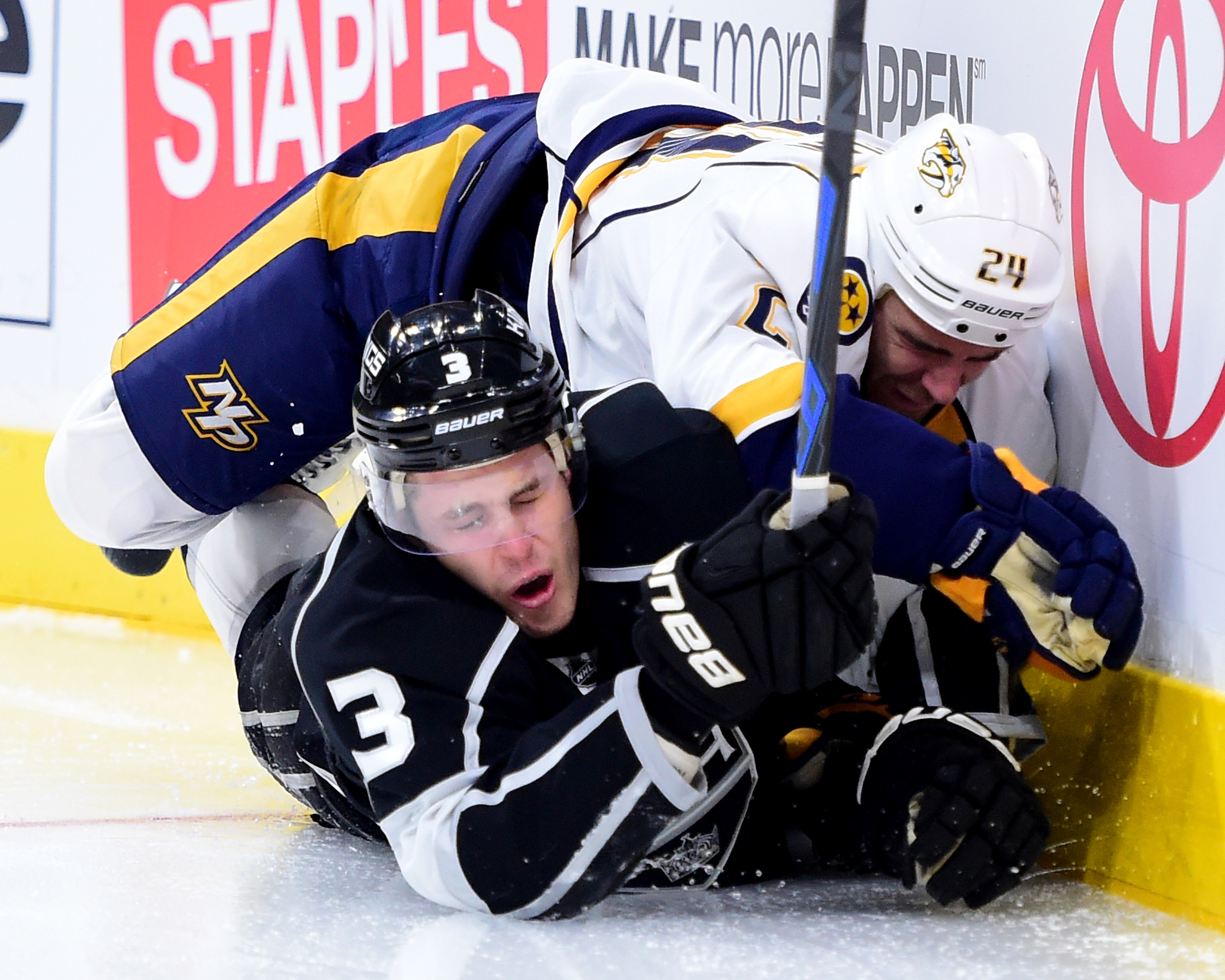