Report: Brown told he will no longer be captain 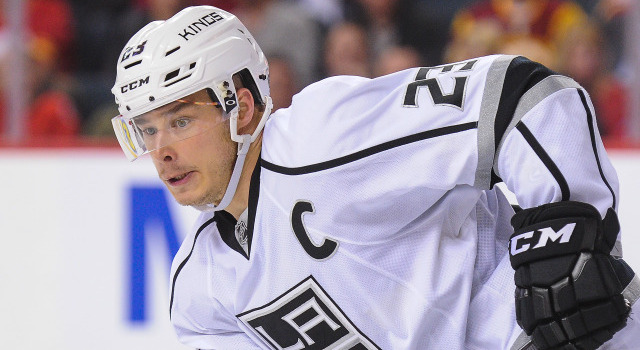 Some developing news this morning, courtesy of Frank Seravalli of TSN:

Hearing Dustin Brown has been told he will no longer be captain of the #LAKings. They want to go in a different direction with the 'C.' #TSN

The team is not responding to Seravalli’s report, according to a team spokesperson.

It’s a delicate predicament for the team and for Brown, a two-time Stanley Cup winner who was the first player in club history to raise the Stanley Cup above his head, a championship accomplishment that was replicated when the team won its second Cup during Brown’s captaincy in June, 2014.

Though the report is not linked in lockstep towards his extended future with the organization, it does raise several tangential topics regarding a player who is handsomely compensated for production that has slipped in recent seasons and provides context towards the forward’s place on a team that has won one playoff game since January 13, 2014 and is looking to recreate “our version of winning,” according earlier this month to General Manager Dean Lombardi, who hinted at an evolution in the team’s more intangible practices and methods.

“On an individual basis, I don’t think there’s anybody more frustrated than Dustin himself,” Lombardi said. “The one thing he has done, as you say, he showed up in the best shape he’s ever showed up in this year. They’ve got their own private coaches now, a lot of these players … and the fact that he took the initiative to do that shows how much he cares. But with that said, there’s no question that we expect more from him, and he does himself, and sometimes I think he puts so much on himself that he starts gripping it.”

It may only be loosely related to today’s news, but one recent conversation with a member of the club’s hockey operations indicated a desire that the veteran winger get towards the front of the net with a greater frequency. As indicated by an LA Kings Insider report earlier this season, the average distance of a Dustin Brown five-on-five shot in the eight seasons prior to 2015-16 ranged from a low of 30.0 feet in 2009-10 to 33.9 feet in 2011-12, according to data available at BehindTheNet.ca. This year’s average of 33.8 is near the high end of available data, which dates back to 2007-08, and the greatest average distance from the net by 2.2 feet out of any Kings forward.

I’ve been asked on Twitter, on the blog, and in person about the possibility of a Dustin Brown trade, the timing of which is linked to conversations surrounding negotiations with Milan Lucic and unrestricted free agents, and the $10-million Anze Kopitar cap hit which arrives on the team’s books in 2016-17. Any sort of hypothetical trade would be extremely difficult to complete because of Brown’s contract status and should not be expected to happen. Brown hasn’t spoken publicly since the team’s playoff ouster, so this may seem somewhat incomplete, but barring any unexpected developments, it’s expected that he’ll return to the Kings in 2016-17 for the third season of his eight-year contract. 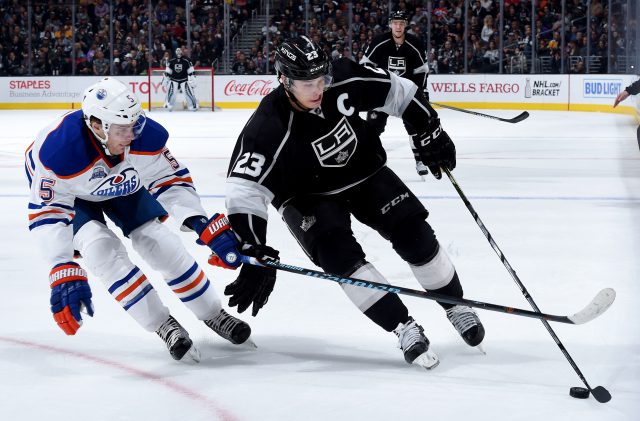