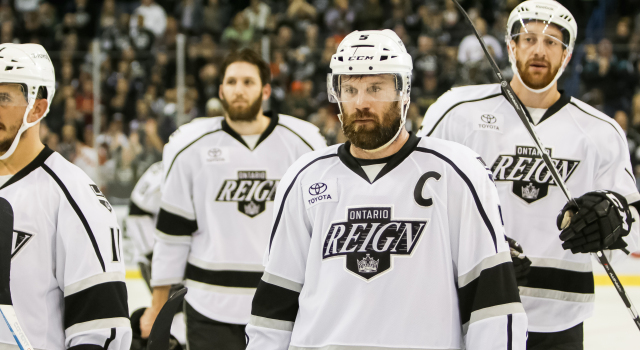 The Reign have an opponent joining them in the Western Conference Finals of the Calder Cup Playoffs – the Lake Erie Monsters.

Lake Erie eliminated Grand Rapids in the Central Division Finals by taking Monday’s Game 6 in overtime by a 4-3 score. The Monsters closed out the series, winning the best-of-7 four games to two after leading it at one point three games to none. Zach Werenski scored the game-winner at 11:32 of overtime as the Monsters rallied for the victory.

The Reign, who advanced by defeating the San Diego Gulls in the Pacific Division Finals four games to one last weekend, will have home-ice advantage in the 2-3-2 format which is as follows:

The Reign and Monsters did not meet during the regular season.