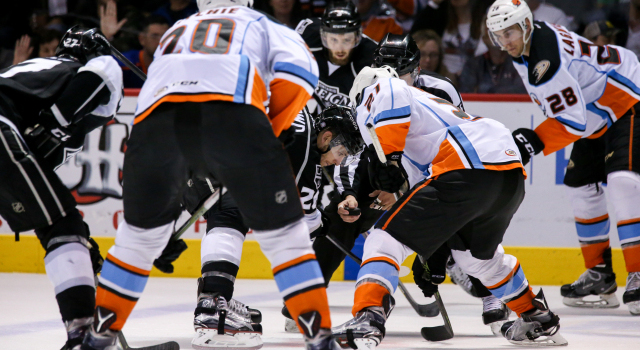 –The Reign still lead the best-of-7 series two games to one with the series shifting to San Diego on Friday for Game 4 at 7:05 p.m.

–The Reign’s perfect penalty kill streak ended at 19-for-19 when Nick Ritchie scored in the third period.

–Kalle Kossila and Nick Ritchie lead the Gulls with two goals each in the series.

–The Reign were shut out for the first time all postseason. Matt Hackett made 29 saves in the shutout for his second win of the playoffs.

–Peter Budaj suffered his first loss of the playoffs since Game 2 against San Jose on April 23. He made 25 saves and now carries a 5-2 record.

–The Reign suffered their first loss at home of the postseason after starting out 3-0.

–San Diego scored its first road power play goal of the postseason after going scoreless on their first 13 tries.

–The Reign aligned the same tonight as they did a night ago in Game 2: