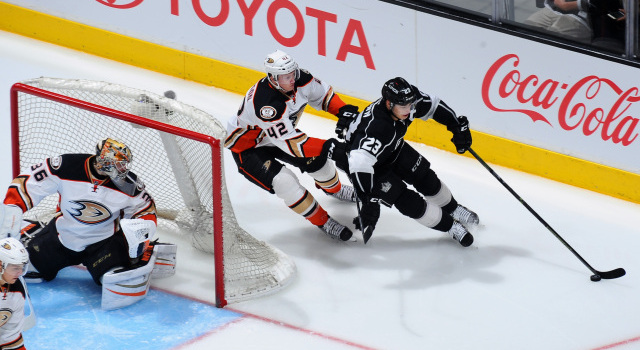 Towards the end of today’s availability, Dean Lombardi fielded a question on captain Dustin Brown, whose intangibles, leadership and examples set are well known around these parts, but who carries an weighty contract that complicates his status on the team. Despite accounting for a combined 37 goals over the last three years, Brown still accounts for a $5.875-million cap hit through the 2021-22 season.

The answer, which also piggybacked off the internal evaluation articulated by Lombardi, continued to describe the team’s personnel approach.

“Clearly we need more from him, but [you could say that about] a lot of players,” Lombardi said.

“Most of our discussions the last two days with the coaches have been about where we were good as a team, where we were bad, and why we slid so bad at the end. We haven’t gotten to the particulars of the players. But that said, I think it all ties into what I said earlier, right? That when this all comes together moving forward, we have to find a way to recreate, right, if you come back to that theme. So that’s going to require every one of our players, this whole thing that’s evolving since the loss of players, and then what’s happened the last year for different reasons. On an individual basis, I don’t think there’s anybody more frustrated than Dustin himself. The one thing he has done, as you say, he showed up in the best shape he’s ever showed up in this year. They’ve got their own private coaches now, a lot of these players … and the fact that he took the initiative to do that shows how much he cares. But with that said, there’s no question that we expect more from him, and he does himself, and sometimes I think he puts so much on himself that he starts gripping it.”

The meat of today’s media availability is below, courtesy of KingsVision: