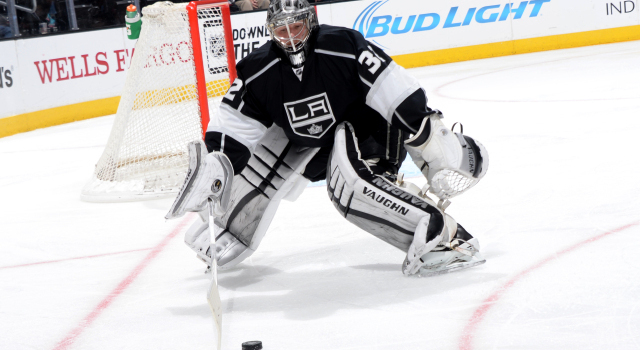 Jonathan Quick is a Vezina Trophy finalist for the second time in his career, and upon a cursory glance, his numbers don’t stray too far from most of those previously established. According to War-on-Ice, his “high-danger” save percentage in five-on-five play was a career-high .871, while his “low-danger” save percentage was a career-low .960. The formula for finding those numbers, though, may have flaws, as the eye test, as well as conversations with the club’s coaching staff and with Goaltending Coach Bill Ranford, indicated that Quick had made strides in wiping the “bad goal” out of his system. The last play many remember of Quick was allowing a goal from the perimeter to Joe Pavelski in Game 5 last Friday, but it was not a goal representative of the body of work he had put forward throughout the season.

One of the areas in which Quick has improved in recent years is in his puckhandling. Viewed from the outside as a detriment of his all-around package – “I don’t think it’s ever been a huge concern,” Ranford said of how the team views it – Quick in recent years has improved in his ability to leave the crease quickly to stop and channel pucks from behind his own net to less dicey areas, and there have been fewer turnovers or awkward handoffs as a result. He’s also among the more adept goaltenders in the league in having a sense of pressure and game circumstances, and knowing the right time to keep a puck in play or cover it up for a whistle.

“Especially in our own building, at Staples, I think people made a bigger deal out of it than in years past, but it’s something that we always focused on,” Ranford said of Quick’s ability playing pucks. “The puckhandling, everybody thinks it’s a goalie, but it’s a group effort from not only the D going back for the puck, but also sometimes the first forward coming back. So it’s something we practice all the time, usually anywhere from two to three times a week, and we know it’s important. I think Jonathan’s just gotten quicker at it. He doesn’t do anything fancy, he’s not like Mike Smith or anybody that can make those real creative plays. He just has simplified his puckhandling, but most of all he’s just much quicker at it.”

That simplification – does it come from repetition in practice? Simple confidence and regularity of a NHL veteran?

“I think practice is a big part of it, but I also think his hockey sense is very good, and he has the ability due to his quickness to get out of the net and cut a lot of plays off that are sent to the back of the net,” Ranford said. “He’ll get to that puck and break up that back of net play, which helps us as a group a lot, and just confidence goes a long way. When you’re confident in what you’re doing and you know you’re doing it, it gets better.”

Of course, save percentage is a team statistic, similar to what Ranford alluded to earlier. The Kings’ overall team save percentage this year was .915, which tied for ninth in the league and was influenced by a heavier rotation of defensive personnel than in the past. Overall, one of the aspects of Quick being named as a Vezina finalist was that he finished second in the league in wins.

“Just to hit the 40-win plateau, it’s not easy to do. It doesn’t happen very often, and that was impressive in itself,” Ranford said. “I think with all the changes over the year that we had on our back end, he was still a force back there to keep us united as a group.” 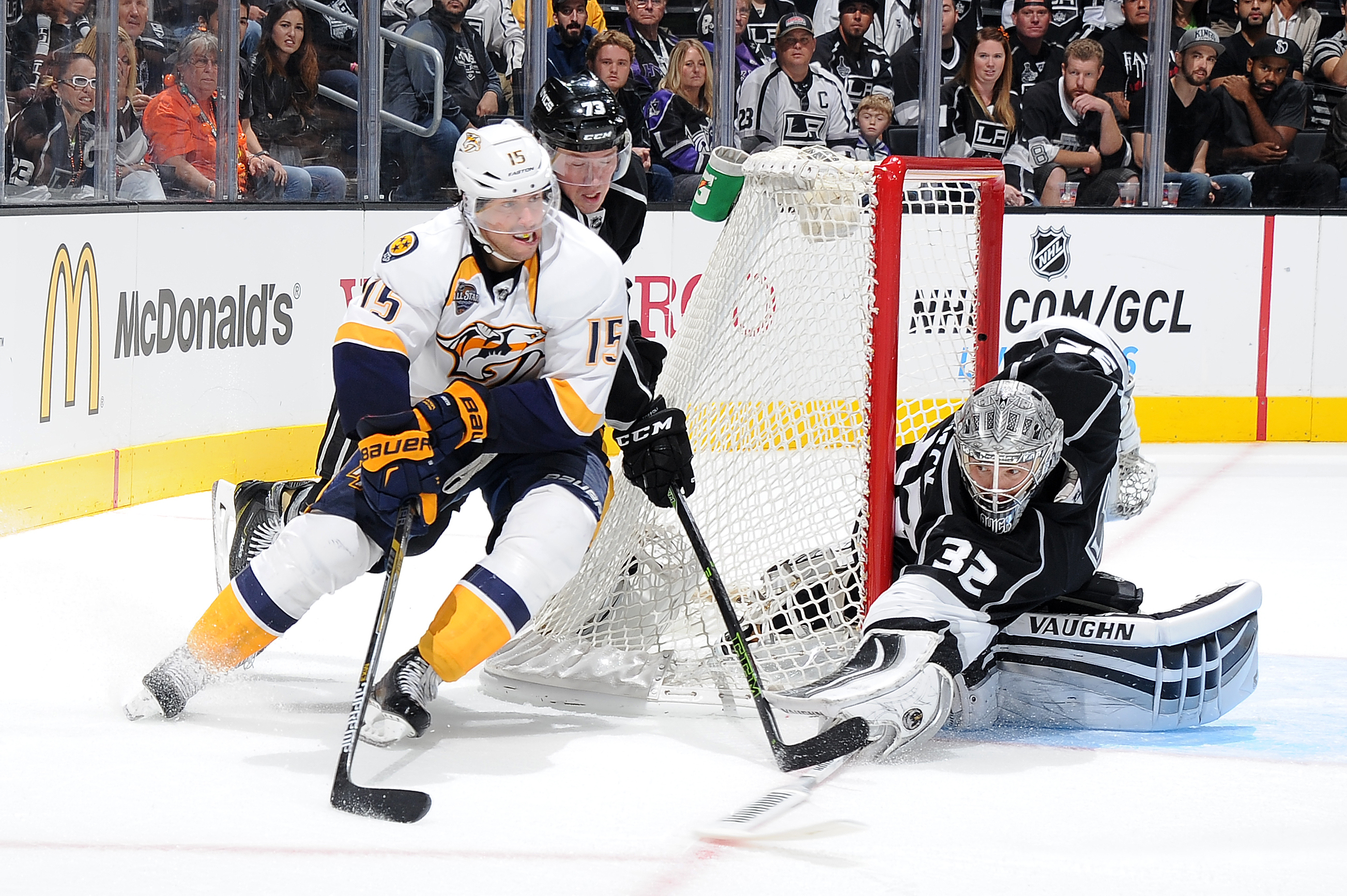