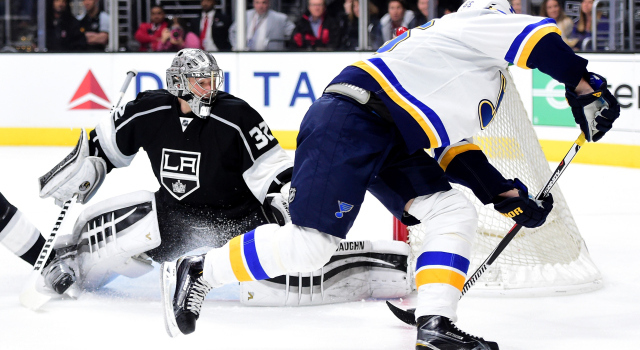 There were several Los Angeles Kings who had been expected to be nominated for major postseason awards. Among them were Drew Doughty, a shoo-in to be a Norris Trophy finalist, and Anze Kopitar, who could very well be a finalist for both the Selke Trophy and Lady Byng Trophy.

Jonathan Quick, who had a fine, workmanlike regular season that saw him emerge as the all-time leader in shutouts by a United States-born goalie, finished with a franchise-record 40 wins as part of a 40-23-5 season that included a 2.22 goals-against average and a .918 save percentage and five shutouts. Remarkably, his 4,035 minutes was just the fourth most usage he had received in the regular season. Quick appeared in 68 games in 2015-16, all starts. Washington’s Braden Holtby and Tampa Bay’s Ben Bishop were also named Wednesday as finalists.

Quick’s 40 wins ranked second in the league. His 2.22 goals-against average ranks sixth, his .918 save percentage tied for 19th, and his five shutouts tied for fifth.

No Kings goaltender has ever won the Vezina, though Quick was a finalist in 2012. His second place finish that year was the only season in which a King finished in the top three in voting since voting criteria changed in 1981-82, prior to which it was awarded to the goaltender or goaltenders to have played at least 25 games on the team that allowed the fewest goals in the league. Beyond Quick’s second place finish in 2012, Kelly Hrudey’s fourth place finish in 1990-91 was the next highest a Los Angeles goaltender has finished in Vezina voting.

From my conversations, the whole debate on whether Quick is an “elite” goaltender is one that is driven heavily by non-central media figures and literally laughed at by opposing hockey executives and pro scouts, the heavy majority of whom view Quick as among the highest-tier goaltenders in the league. Interestingly, Quick posted a wide discrepancy in his home/road splits for the fourth consecutive year, for whatever that’s worth:

Trophy winners will be revealed at the NHL Awards on June 22. 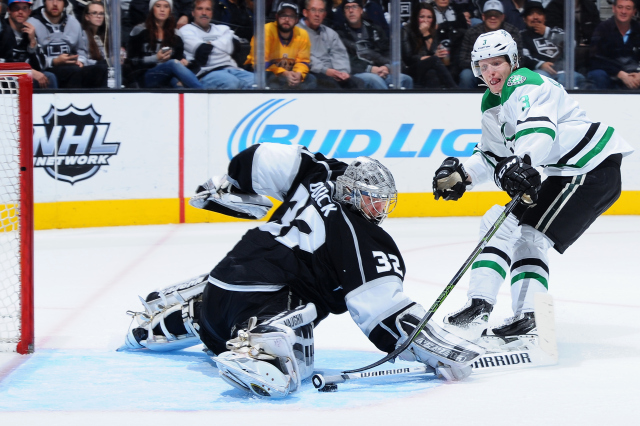