The team has not officially added them to the roster just yet.

Lintuniemi is no stranger to Ontario, as he spent time here earlier in the year while rehabbing from surgery on his left wrist before returning to the Manchester Monarchs (ECHL). Manchester was ousted in the playoffs last week by Adriondack. The 20-year-old, 6-foot-3 Lintuniemi, a second-round pick by the Kings in the 2014 draft, had one goal and 17 assists in 38 games in his first pro season in Manchester and zero points in five playoff games.

Below are Lintuniemi’s stats via eliteprospects.com:

Both Reddekopp and Wagner’s Western Hockey League teams recently lost in the postseason as well.

Below are his stats via eliteprospects.com: 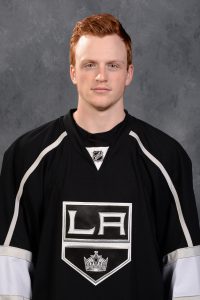 Wagner, 18, was also chosen by the Kings in last year’s draft and comes to Ontario fresh off his season with the Regina Pats, who lost in the playoffs last week to Red Deer. The 6-foot-2, Calgary native recorded 62 points (28 goals, 34 assists) in 70 regular season games and had 3 goals and 6 assists in 12 playoff games.

Below are Wagner’s stats via eliteprospects.com