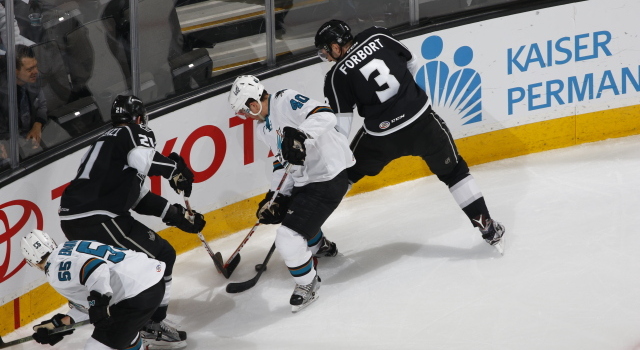 Head coach Mike Stothers, on the key to Game 1 against San Jose:
I think we’re prepared. I like what we’ve been able to accomplish all week long, and I think that’s a good thing. I don’t know, and I would hope, that nerves won’t be part of it probably for either side with the familiarity of playing each other so many times in the regular season, but I also look at it as if you’ve done the preparation and you’ve put the time in, then there should be excitement, not nerves or anything like that. I like to compare it to if you’re a college student or a high school student and you’ve got an exam coming up, if you put the time in and you prepared and you studied then there’s nothing to be concerned with or worried about. Now, if you’ve taken some shortcuts and maybe you haven’t studied or you’re cramming at the last minute, then you should be, and have every right to be nervous. I would like to think we’re calm, we’re prepared, we’re confident but also, again, respectful of the situation and the team we’re playing against. And I just want our guys to go out and have as much fun in the playoffs as they did in the regular season.