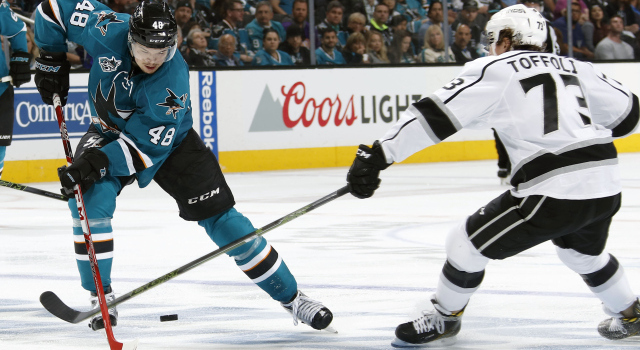 -Luke Schenn recorded his first career two-point playoff game. His previous playoff point was a goal scored in a 4-2 win at the New York Rangers in Game 2 of Philadelphia’s seven-game series loss on April 20, 2014, two years to the day.

-The Kings out-hit the Sharks, 46-35. Jake Muzzin and Roman Polak finished with a game-high seven hits.

The Kings are scheduled to practice at 12:00 p.m. on Thursday, April 21. Should that time change, it will be updated on this page.