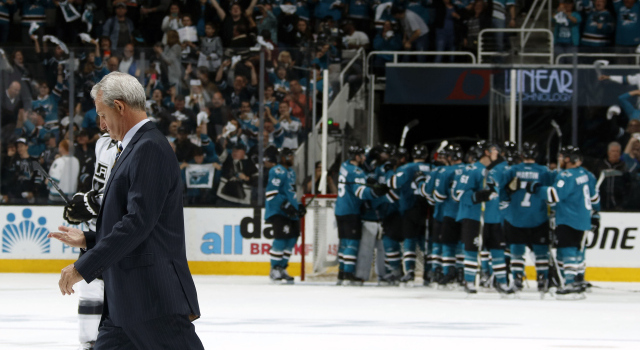 On San Jose’s power play:
We had great opportunities and our power play didn’t cash in. They had opportunities on theirs and they did. [Reporter: They’re so good on the power play moving pucks and moving bodies around. Do you just simply have to –] I think on the first one they did that really well, the other two were not really those plays. One’s a faceoff and one’s behind the net there, they’re probably no different than ours. [Reporter: They just cashed them in?] That’s what I said.

On the challenges of coming back from 3-1:
Probably the very same as when you’re down one game or two games, you can win one at a time. It’s not any more difficult than that.

Closing statement:
OK, you guys, we’ve got a flight.