Surprise! Physicality ramping up in Kings-Sharks 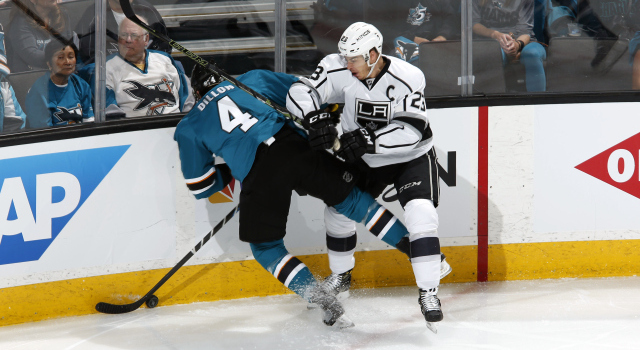 It may not quite be the first round series against the Blues three years ago, but the physicality in the Kings’ Western Conference Quarterfinals series against the Sharks has been ramped up, especially so in a Game 3 in which Los Angeles was credited with 60 hits.

“I thought they actually came out and had a couple big hits off the start and almost set the tone physically, and I think we sort of matched it and it was able to get a little more physical after that, but they came out with a huge start and all their lines were banging and we were kind of on our heels a little bit,” said Luke Schenn, who led all skaters with nine hits. “I think as the game went on we were able to get our feet under us a little bit more and be a little bit more physical. When we’re physical, that usually plays into our advantage. That was a good thing last night.”

His recollections of the game hold up with the official totals, as San Jose was credited with 20 hits in the first period and just 19 in the remaining 43:47 of ice time.

Hits can be subjective from building to building – those 479 hits credited in the six Kings-Blues games three years ago may have been a touch exaggerated – but it’s still clear that Los Angeles is among the “heavier” teams in the league and has found postseason success by wearing teams down over seven-game series. The addition of Milan Lucic, who was credited with six hits on Monday, doesn’t hurt. Also registering at least six hits were Dustin Brown (eight) and Tanner Pearson (six). Brown and Pearson combined for four hits in the eight seconds prior to Pearson’s overtime game-winner in Game 2, with Brown’s trucking of Joonas Donskoi in the neutral zone directly setting up the final rush of the game.

After the team practiced on Tuesday, players spoke about the way the series’ physicality has developed.

Rob Scuderi, on whether the team’s physical will was imposed in Game 3:
I thought so. It’s something that we talked about, that if you’re down 0-2, you lose the first two games at home, you’re hoping to make it a long series, and if we want to do that, I think we have to try to use our physical tools to try to wear the other team down. I don’t think they were intimidated or stopped. It’s the playoffs, everyone’s going to play hard. But like I said, if we want to make it a long series, that’s something that we have to focus on.

Luke Schenn, on whether it’s more “fun” to play physical:
For me it is. I enjoy it. For me, personally, that’s when you’re most involved in the game. That’s when I first got into it. I kind of got hit hard yesterday by Pavelski, actually, I think my first shift, and it kind of gets you into it. You want to dish out more and obviously be on the [issuing] end. Physical games, I think that’s something I’ve always really enjoyed, and I think watching historically in the past, too, it’s when the Kings have been at their best.

Schenn, on Los Angeles limiting San Jose’s depth lines:
I think they still had their chances. They’ve obviously got a lot of skill and … a lot of speed. Couture, Ward, Marleau, guys like that you have to be really aware of. Some other guys that maybe don’t get the headlines and credit they deserve, but they’re playing hard out there. They’re creating some chances, too, but there’s no question that Thornton and Pavelski have been their main thing that I’ve guess driven them offensively so far. They’ve put up big points and obviously [have] a great power play. You’ve seen them whipping it around yesterday, and we were able to survive that in the third period in particular yesterday. Those guys are obviously putting up the big numbers, but the other guys too, they can’t be overlooked because as soon as you don’t pay attention to them, that’s going to be able to bite you a little bit, too.

Schenn, on what he knew about Jonathan Quick before joining Los Angeles:
Well, obviously you’ve seen him win a couple Cups before, and just how big he is in big games. Obviously he’s so mobile back there and always comes up with those saves that you’re not sure if any other goalie in the league would get to – those ones where you feel like he’s down and out, and all of a sudden he comes across and he’s in the splits, or he’s doing some sort of acrobatic move back there, and to play in front of a guy like that, he gives you that more confidence just because you feel like sometimes if you make a mistake or you miss a guy in coverage or something like that, and he’s there to bail you out. It just gives you that extra confidence back there. Personally, I’ve never played in front of a goalie like that. It’s unbelievable back there. He’s been awesome, and he’s our best player, and if you want to continue win, he’s going to have to continue to be. 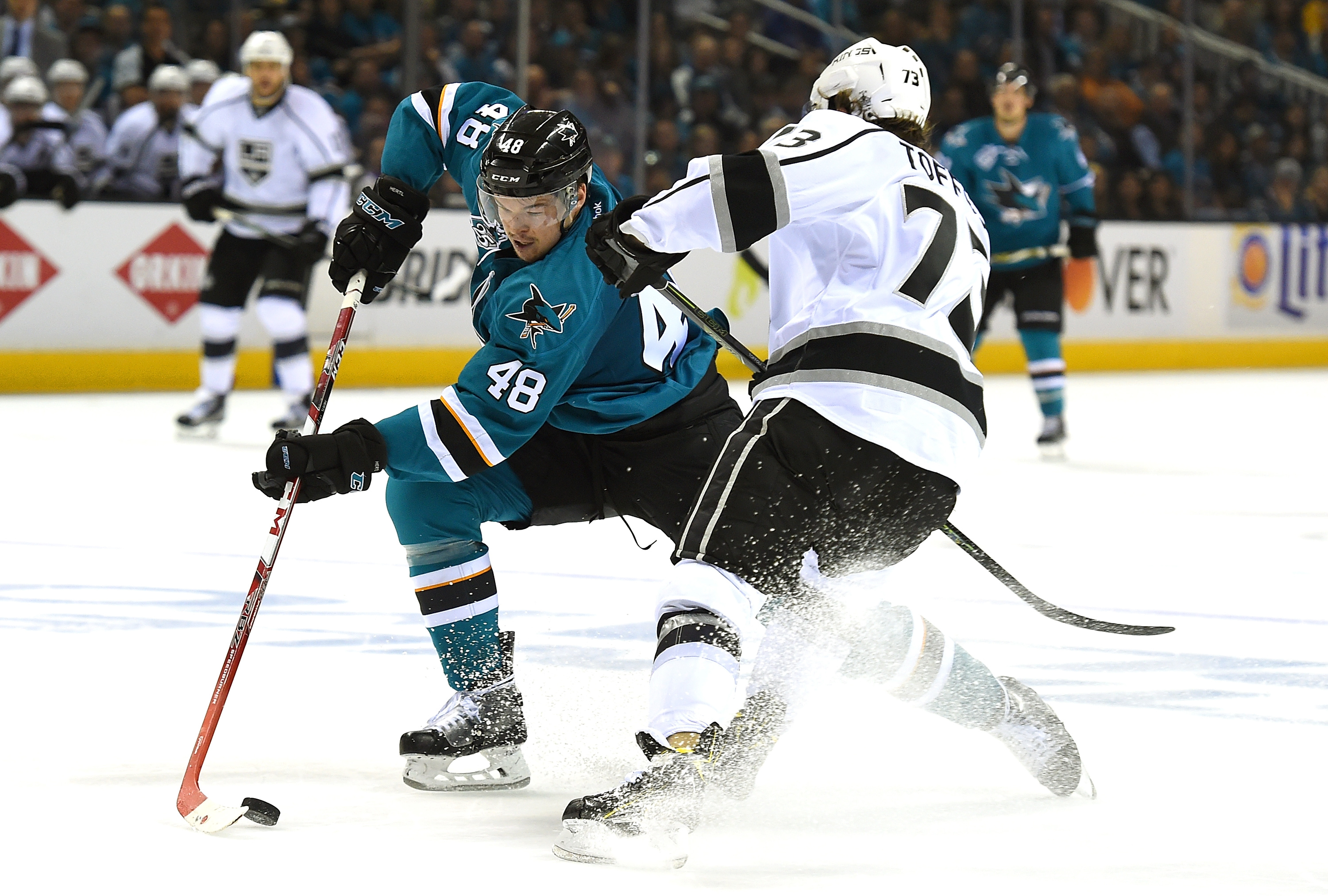