During challenges, Quick’s temperament an asset 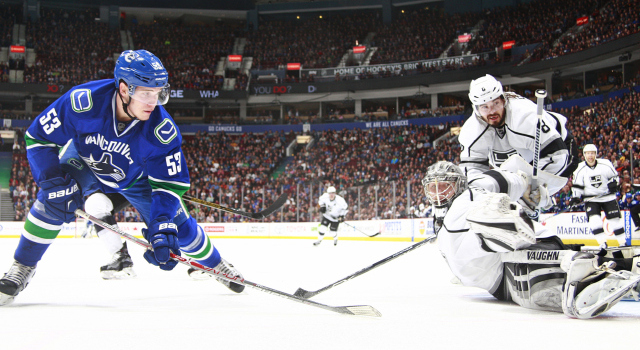 Darryl Sutter has noted throughout the season that the team’s leadership committee goes beyond the players who wear letters on the front of their jerseys. Dustin Brown is the captain, and likes having others around him who help channel the team’s emotional undercurrent towards winning.

In answering the same question about the team’s leadership, Sutter also pinpointed Jonathan Quick as one among many “captains” on this Kings team. Glancing back at the 2014 playoff series between Los Angeles and San Jose, the image of Quick offering each player words of encouragement remains as photographic evidence of the team’s ability to return from a three-nothing series deficit to win their first round series against the Sharks.

The Kings can’t afford to fall behind three-nothing again to the same team, and tonight Jonathan Quick will be the team’s most important player in helping to halve the deficit of this early playoff series. And though he’s among the key leaders on this Kings team, the focus of his leadership falls more along “leading-by-example” lines.

“He’s usually pretty quiet, he’s reserved,” Rob Scuderi said. “But you know at times he can be a fiery person and he’s going to speak up if something needs to be said. You know, just the way he plays and the way he is in the locker room is a very calming influence and you know that he’s going to bring his “A” game and I think it gives everybody confidence in the lineup to just do their job.”

Quick, for whatever reason, was better on the road this season, posting a .926 save percentage away from Staples Center. He’s 0-2 with a 3.08 goals-against average and .870 save percentage through the first two games of the series.

“He’s trying to step up his game, not that he’s played poorly or anything like that, but he’s trying to be a bigger difference out there and obviously he wants to have a zero on the scoresheet after the game,” Drew Doughty said. “He’s just working hard to try to get his game where he wants it to be and at the same time he’s trying to get the boys going, too.”

Quick has had success at the SAP Center in the playoffs, posting a .936 save percentage over 10 games. The last time he faced the Sharks on the road in the postseason, he emerged with a 5-1 win on April 30, 2014, courtesy of 39 saves, including this one on Patrick Marleau.

Scuderi called his temperament in the room and on the ice “like an alter-ego thing.”

“He’s fire on the ice, he’s so explosive the way he plays with his skillset,” the defenseman said. “Off the ice, like I said, he’s a calm guy. Not to himself, [he’s] very social, a good teammate, not overly talkative but if something needs to be said, he’s not afraid to pipe up. That’s the type of guy you want to have.”

Darryl Sutter, on Jonathan Quick’s playoff temperament on and off the ice:
Other than games during playoffs, he’s probably not on the ice very much. I think those goalies have a real tight focus and they’re obviously different personalities, but I think Jonathan’s a pretty serious game-day guy.

Doughty, on Jamie McBain’s playoff debut in Game 2:
He played well. I really liked his game. He’s moving the puck well and playing hard defensively and didn’t seem like he missed a beat.

Doughty, on how confidence he is in the defensive group:
Very confident. We dropped two and maybe let in too many goals a few of the games, but we’re still confident in this group. We have six great D in the lineup every night and then we have guys who aren’t in the lineup right now that should be back soon that are unbelievable players, too. Very confident in our group, only gave up two [goals] last game, which is mainly our goal is to give one or two goals a game and try to score three. We can do more, though.

Doughty, on focusing on what the team has done well:
Yeah, but we’re still focusing on the things that we did wrong and trying to improve on those, too. We did some things right, there’s no doubt and there’s time throughout both games where we were the more dominant team and things just didn’t go our way. So we just have to continue to do those things properly and learn from our mistakes and start playing with that swagger and that confidence that we have as a team. I think we’re missing it a little bit right now but tonight we’re going to bring it back.

Doughty, on whether the Kings have more to give:
Definitely. We haven’t shown them even close to our best yet. We have a lot more to give and it has to start tonight. There’s no way we can go down another game. Tonight’s a huge game and if we play our game I know we can beat ’em. 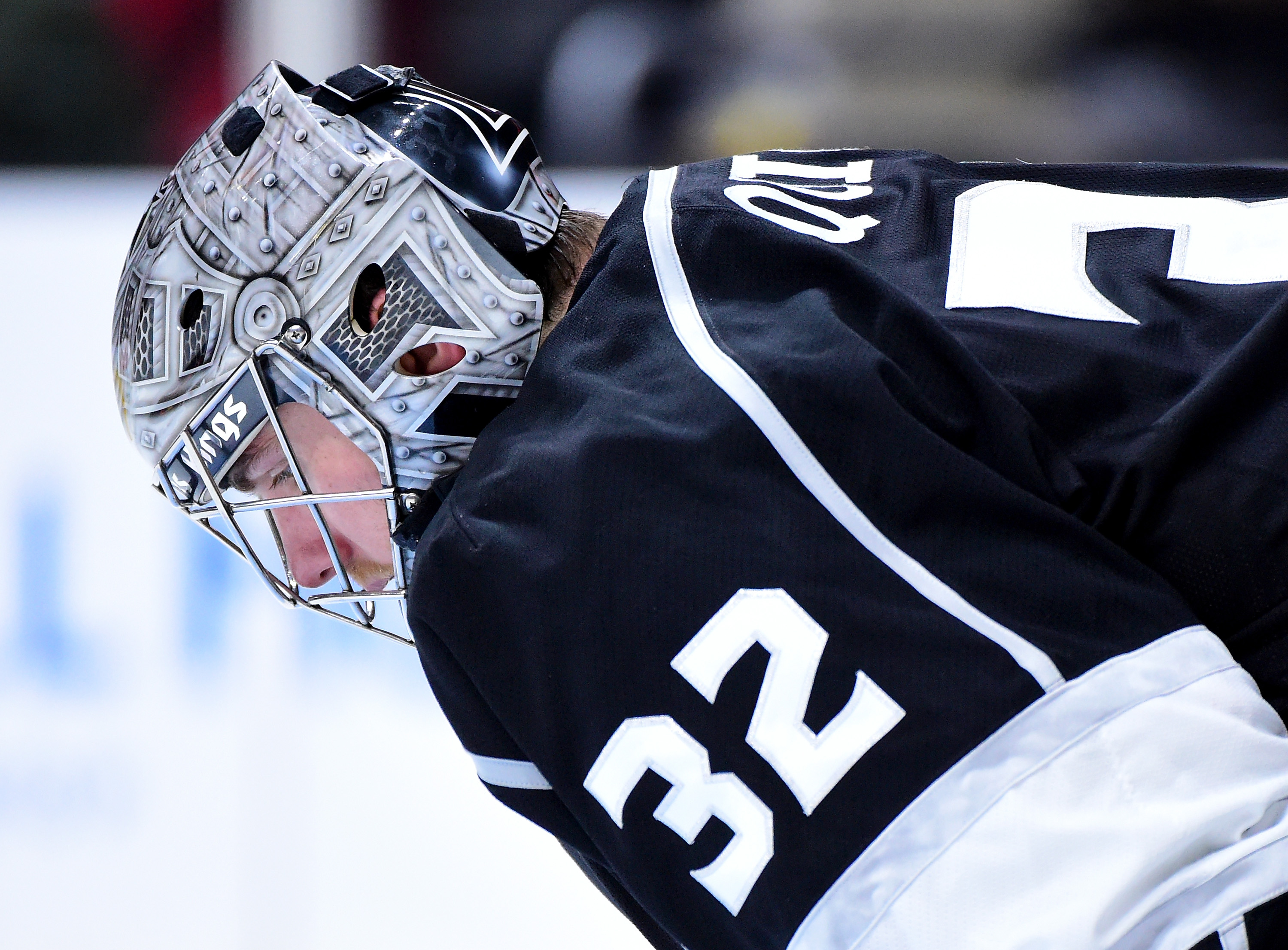