Toffoli understands where improvements can be made 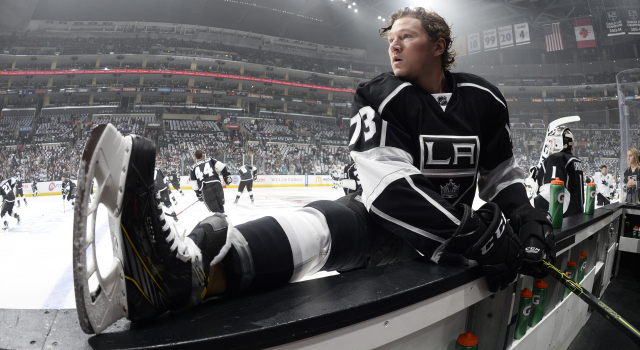 Tyler Toffoli, he of seven goals and 14 points two springs prior, enters his third playoff go-around with an evolved set of expectations and circumstances.

He’s no longer a young, up-and-comer on his entry level contract. He’s earning seven figures, and though his two-year deal was completely fair for both team and player, there might be some hesitant to extend the benefit of the doubt to the soon-to-be-24-year-old who led the team with 31 goals and the league with a +35 rating but has no points, a minus-three rating and four shots on goal through two games of the Kings’ Western Conference Quarterfinals series against the San Jose Sharks.

“I feel like when our team’s not scoring enough goals and I’m not scoring personally, it goes on my shoulders a little bit,” Toffoli said Sunday at the team’s facility. “I want to take a bigger step in helping the team win games, and I’ve got to score a big goal here and there and be more offensive and be good in my own zone. I haven’t been good enough in my own zone and just want to be better all around.”

More from Toffoli in advance of Monday’s Game 3:

On how to create more offensive zone time:
I think just be a little quicker. We know that they kind of crowd the corners when the puck’s in the corners. They go three, four guys in there, so we’ve just got to dig it out and go low-to-high and then win races to the net, and like I said before, just create some noise in front of the net and dig away.

On not being surprised by Martin Jones’ performance thus far:
No, he’s a good goalie. He was good against us in the season and I don’t think we’re making him work hard enough to make the saves that he’s making. We’re not getting in front of him, we’re not creating scrums in front and creating traffic.

On any different focus or team sentiment heading into Game 3, compared to Game 1:
No. We want to play our game. We’re not worried about what they’ve got. Like I said, we know when we’re doing everything that we want to do that we’re a really hard team to beat. We’ve just got to stick to our game and stay focused and obviously they’re going to get their chances, and if they score then we dig down and dig deep and stay together as a group. We come back, and if it’s scoring a goal right away, or if it’s scoring a goal 58 minutes into the game and tying it up, that’s all that matters. 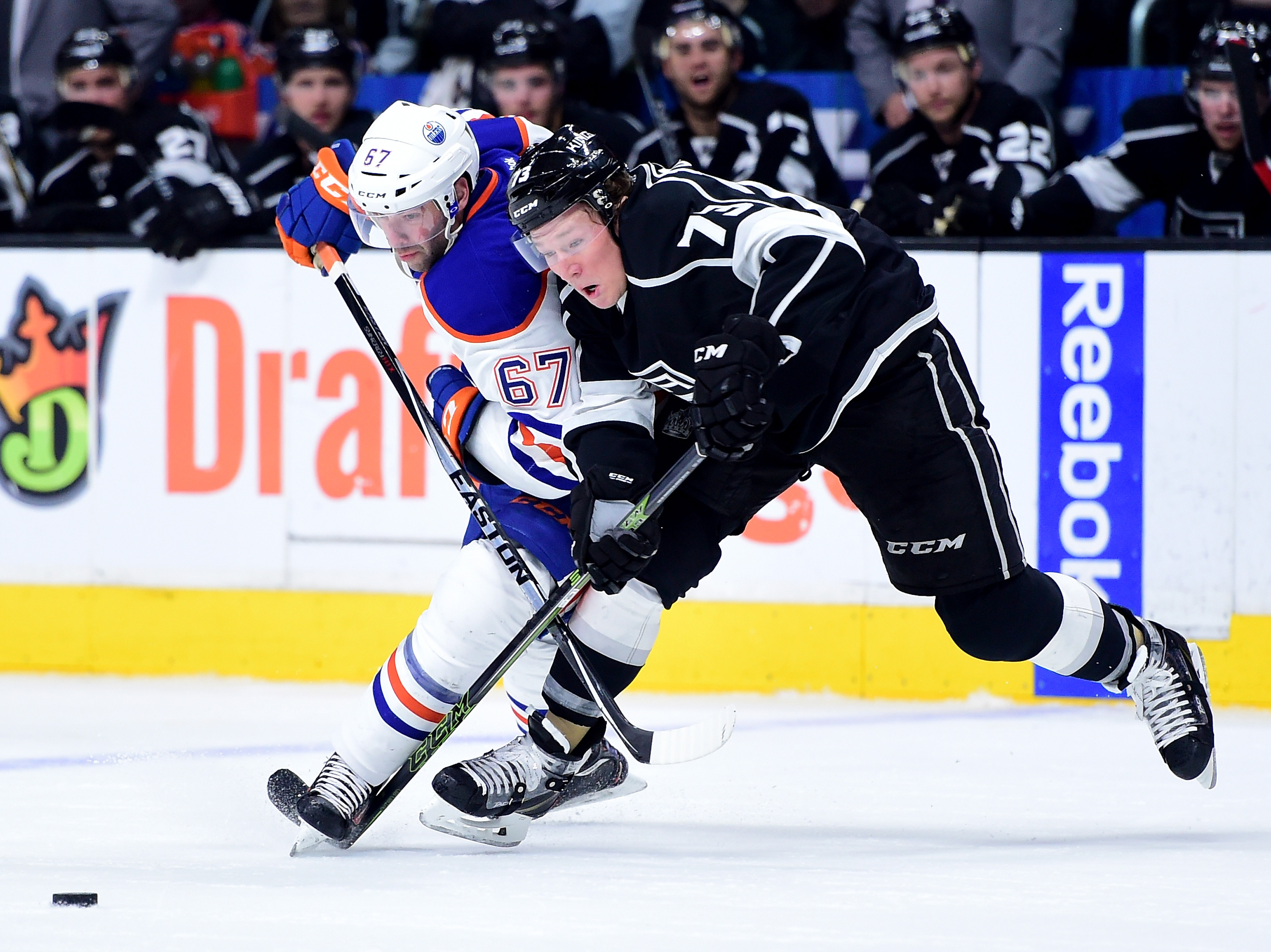