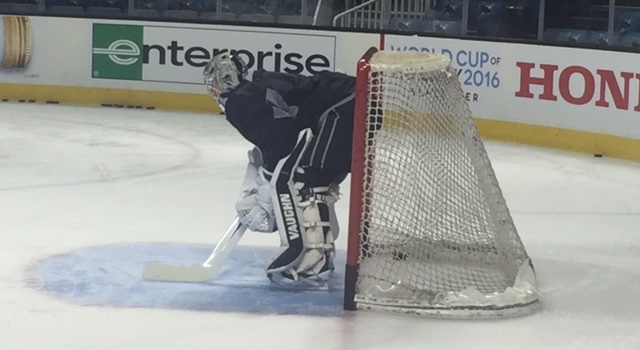 Good afternoon from the SAP Center, where the Kings held a morning skate that began at 11:00 a.m.

-Because the skate was pushed up by half an hour, media wasn’t present at the outset to report on line rushes. It was actually a little bit surprising that the team had the ability to move the skate up. Often on the road, when the home team skates at its own facility – which has been the case in San Jose for much of the season – the home building won’t even turn on the lights inside the arena until shortly before 11:30 a.m. But, the lights were on, the Kings practiced, and by the time the media bus arrived at 11:10, the team was already into the next round of flow drills. Because Matt Greene, Andy Andreoff, Nick Shore and Kevin Gravel remained on for work with Jhonas Enroth, there’s a pretty decent chance that Kyle Clifford is in for Shore. Should Los Angeles swap a left wing in for a center, that could mean that Trevor Lewis is centering the fourth line tonight.

-Jonathan Quick left the ice first and is expected to start in net. Alec Martinez did not skate, nor did he have a stall in the visitors’ dressing room. He is not expected to play tonight.

-After today’s Darryl Sutter quotes I’ll have a few stories up this afternoon on Jonathan Quick and Tyler Toffoli. On Quick’s leadership and influence on the team’s emotional pulse, Rob Scuderi said, “he’s usually pretty quiet, he’s reserved. But you know at times he can be a fiery person and he’s going to speak up if something needs to be said. You know, just the way he plays and the way he is in the locker room is a very calming influence and you know that he’s going to bring his “A” game and I think it gives everybody confidence in the lineup to just do their job.”

-More to come throughout the day. Enjoy your Monday, Insiders. 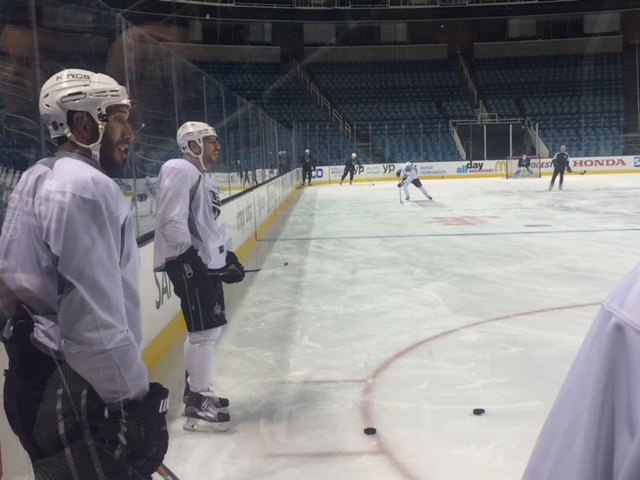