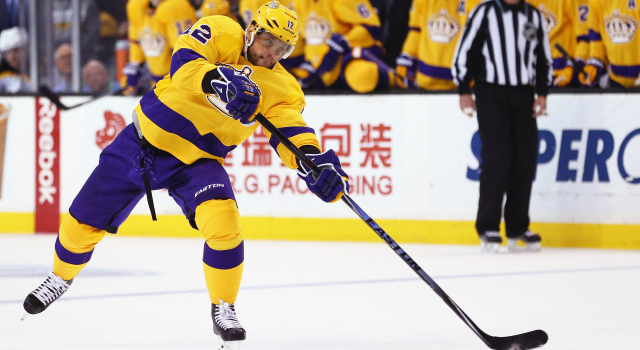 Darryl Sutter said that Marian Gaborik has been medically cleared to return to game action, and that a decision of whether he will play tonight will be made close to game time.

“He’ll go through warm-up, and he’ll declare himself,” Sutter said. “He’s been medically cleared, so it becomes a coach’s decision [and] a player’s declaration of whether he’s ready or not.”

As previously noted, there are boxes to be checked off before an injured player is able to return to the lineup. It includes working out and riding a stationary bike, skating on their own, skating at the end of a team practice, skating in a limited capacity in practice, participating fully in practice, and finally being medically cleared to play. Gaborik has checked all those boxes off, and there’s a decent chance he’ll return to action tonight against the San Jose Sharks.

The veteran winger who led all skaters with 14 goals in the 2014 Stanley Cup Playoffs hasn’t played since suffering a Grade 3 knee sprain in a collision with Dominic Moore of the New York Rangers during a 5-4 overtime win at Madison Square Garden on February 12. He resumed skating in late March.

There will be an additional lineup change or two tonight, as Alec Martinez did not skate today. From Jamie McBain’s own post-skate sentiment, and some of the words shared earlier today by Darryl Sutter – quotes are coming shortly – there’s a good chance the puck-moving defenseman could make his Stanley Cup Playoffs debut tonight.