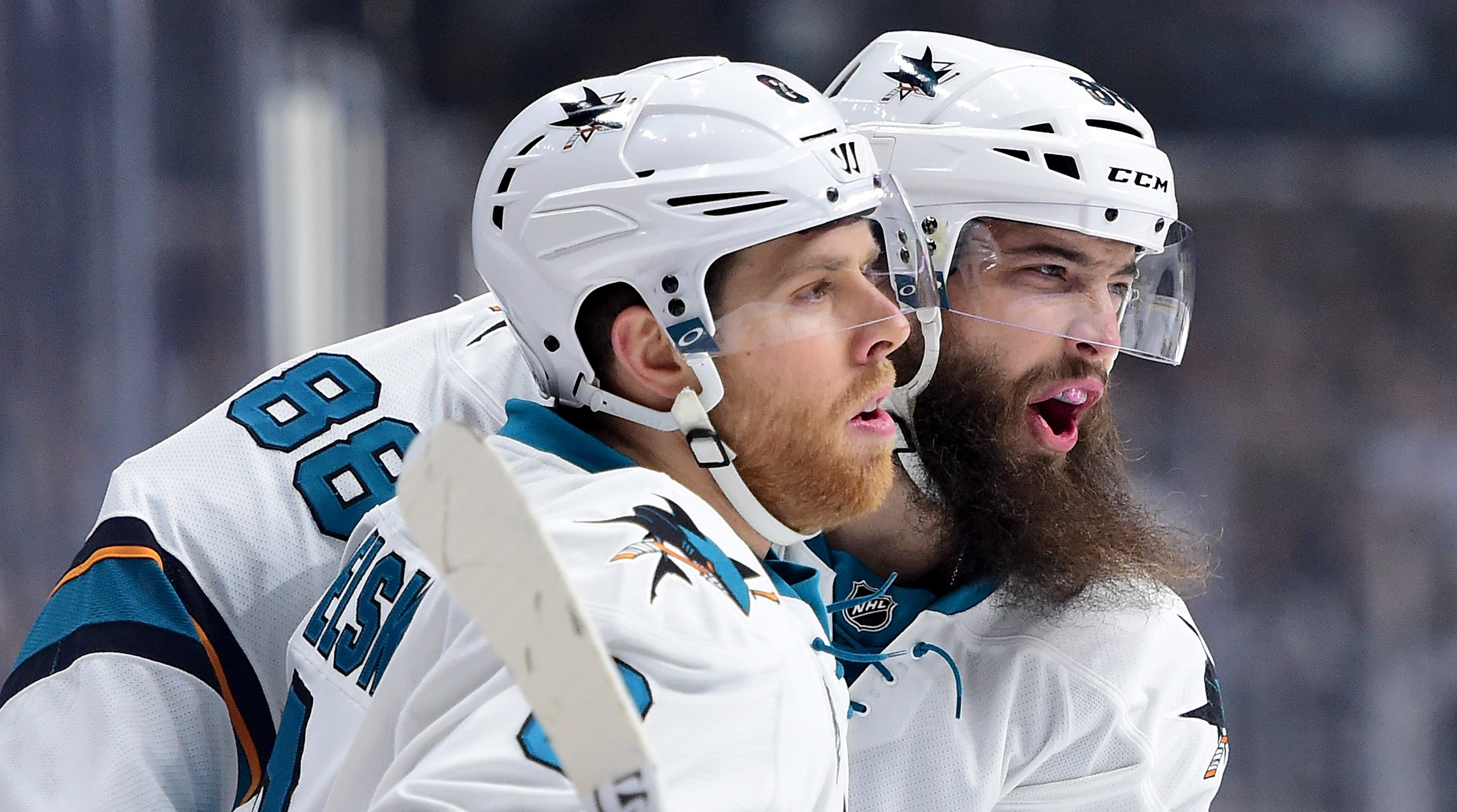 Joe Pavelski, on how he felt the Sharks played defensively:
We weren’t giving up much. Yeah, we felt good, that’s one of the better starts we’ve had against this team, we knew they were going to ramp it up a level tonight, that’s what this team does, and guys showed up, under pressure, made a lot of good, little plays that allowed us to get in on the forecheck, allowed us to create chances and all those kind of good things.

Pavelski, on getting the early lead:
When you can score first, it’s always good. It’s good to see guys really push for another one too. The lines were creating a lot of chances, and we killed some penalties along the way, so it was good, it allowed our momentum to carry through.

Martin Jones, on the game:
It’s tough in these games, every single play, every puck battle, every shot on goal, it’s a big moment. They’re all tight games, every moment seems big.

Jones, on the scenario of being up two games:
To win the first two, that’s where you want to be, but we know we’ve got a lot of work ahead of us still.

Jones, on the Sharks’ defense:
We’ve done a great job both games keeping them to the outside, they’re a team that likes to crash the net and take pucks to the net, and we’ve done a really good job. The other thing is just shot blocking, throughout the year it’s been great.

Jones, on if he likes the way his team has played:
Yeah, I do. We’ve battled hard, we’ve played with the puck a lot in their end, which is not easy to do against this team, so like I said, we’ve got a lot of work ahead of us still.

Couture, on if he thinks the team has carried over their road success to the playoffs:
I think we’ve carried it over. It’s weird, but we don’t get rattled, we’re calm on the bench, we kind of build off of their fans sinking down when we score a goal, but we’ve got to translate that to playing at home.

Couture, on their struggles on home ice during the regular season:
Giving up early leads, it’s a big thing, the other team scores first off, so we’ve got to start better and hopefully get the first goal.

Peter DeBoer, on the game:
It was a hard fought game. It was a man’s game out there. A lot of physical contact, a lot of battles; two teams fully invested, and I thought our guys really did a good job showing up and playing that type of game. Big goal again by our captain [Logan Couture]. Always a key to play with a lead, especially against LA with how well they defend and how big and heavy they are, you want to play out in front of them; obviously critical to get the first one. We knew they were going to push, and for us to get the first goal really got us in to the game. I was really happy with our game. There was nowhere to hide out there. That’s a game where you’re going to pay a price every time you’re on the ice to win a battle, to get to the net, to defend, and our guys did it for 60 minutes and we kept our discipline and found a way to win.

DeBoer, on the team’s defense:
We’ve taken a lot of pride all year in our defensive five-on-five play. All season we’ve gotten better and better. I think some of the additions we’ve added, Roman Polak and Nick Spaling and some of those guys, have given us the depth to roll four lines and six D and our guys take a lot of pride in defending.