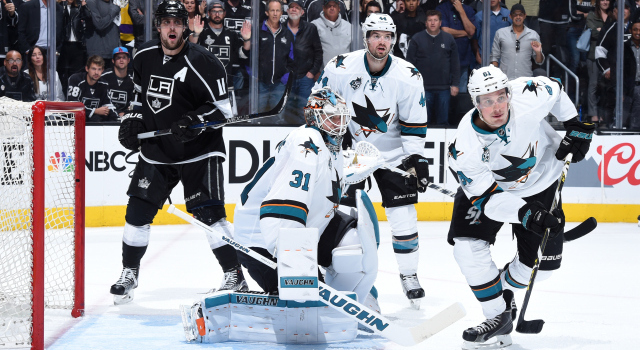 -With his second period goal, Jeff Carter recorded his 10th power play goal as a King and tied Marcel Dionne and Dave Taylor for second place all-time on the team’s list. It was his 38th career postseason power play goal.

-Trevor Lewis scored his 10th career playoff goal and first career shorthanded playoff goal. It was the first shorthanded goal scored by a King since Anze Kopitar’s goal in the 4-3 series clinching win at Phoenix on May 22, 2012.

-Jonathan Quick made his 77th consecutive playoff start. He, Dustin Brown and Drew Doughty are the only Kings to have played in all 77 playoff games since 2010.

The Kings are scheduled to practice at 11:00 a.m. at Toyota Sports Center on Friday, April 15.