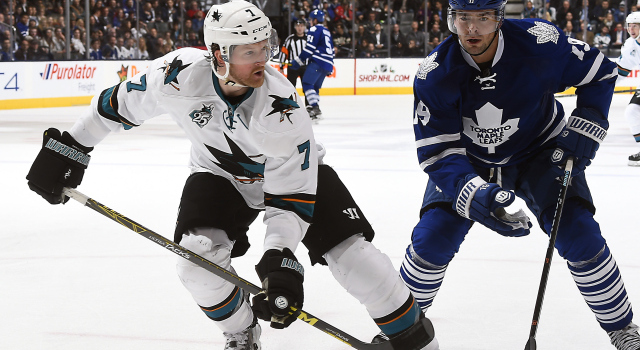 Earlier today LA Kings Insider spoke with Paul Martin, who as Brent Burns’ defensive partner has admirably stepped into a second pairing role that has been beneficial for both blue liners and for the overall fortunes of a San Jose team that has relied on a versatile and deep defense. Martin, who will be playing in his first Kings-Sharks postseason game tonight, spoke about the rivalry, countering a heavy forecheck, and the overall arc of the Sharks’ performance this season.