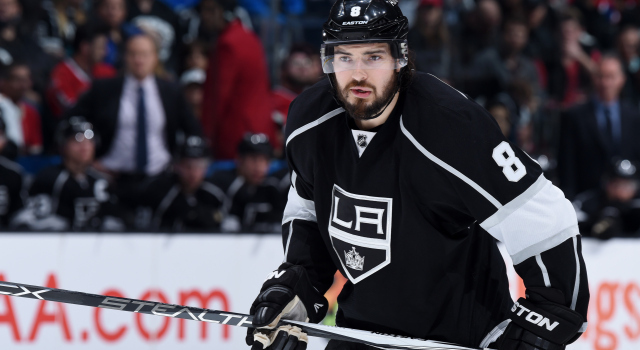 As would be expected, Dean Lombardi’s conference with reporters on Tuesday elicited several interesting updates, andles and story lines. One, which will be covered in coming days, continued to shed some light on the club’s analytics approach. Another was a very brief update on the ongoing negotiations with Milan Lucic’s representation – “we’re still goin,’” Lombardi said – in advance of free agency.

But clearly the strongest emotion elicited by Lombardi was spurred when he was asked who should be awarded the Norris Trophy. It’s “not even close,” he said, before launching into a decree in defense of to-be finalist Drew Doughty.

“All you’ve got to do is stay up and watch the west coast games and you’ll know why. I don’t even have to explain it to you,” he said. “When I read some of the things I read, it’s like ‘are you kidding me?’”

So, Lombardi does, apparently, read some of the press clippings from time to time. He has not liked what he has heard about the player who serves as Doughty’s primary competitor to the award, Ottawa’s Erik Karlsson, and the voting process hasn’t sat well with him.

“What I would say is we should change [the voting process]. We’ve actually discussed this at the general managers [meetings]. So I wouldn’t completely cut the media out. What I would say is the media would give us three of their candidates and let us vote on it, because it’s too important of a trophy that reflects way more, way more than what people are looking at. And you know what the beauty of that position is? It’s a classic case where greatness is the subtleties. And that number one defenseman, what makes him special, unless you really understand the game and see some of the things he does, you have to study the game, not watch the game and realize what he does is really special, and it has nothing to do with the highlights and the points and all this stuff. Every general manager knows it. 99% of the players know it. It’s not a highlight film position. It’s not supposed to be. And we turned it into [that] because Paul Coffey, I guess, pulled it off. But at least Paul Coffey was at least in the playoffs. And this stuff that ‘he plays for a better team,’ how good do you think we are without him? How about the other way around?”

Karlsson proponents would point to the fact that he tied for fourth in NHL scoring with 82 points, led the league in assists owns advanced stats that paint a picture that he is as valuable to his team’s attack as virtually any defenseman in the league. But the Senators were not a playoff team this season, and Karlsson isn’t regularly assigned to penalty killing time or necessarily to critical shifts late in games where his team is protecting a lead.

“The reason they have this, if you’re going to win, I don’t care how great you are, you’re going to have to play the other side of the puck, and you’re going to have to make those little plays that again, aren’t going to show up on the highlights,” Lombardi said. “The forwards know. The defensive partners [know]. The little things he’ll do just to get his partner time to make a play. He’s three steps ahead of everything, and because of that, he makes it look easy.”

He wasn’t done. Asked whether it was time for Anze Kopitar to win a Selke Trophy, he responded quickly, drawing on the team’s postseason success.

“It’s time for him to win a Conn Smythe Trophy,” he said.

And because it was a media conversation with Lombardi, there were references to Derek Jeter and the leadership exuded by the Yankees captain who helped lead his club to five World Series championships. It came off crystal clear in a press conference during the twilight of his career, according to Lombardi, and it reminded him of his star defenseman.

“I think Drew’s a lot like that, too,” he said. “I think they’ve learned, that’s one thing in their career, I think they’re in that stage where they want to be judged by rings, which is pretty special. You talk about culture, that’s what you want.” 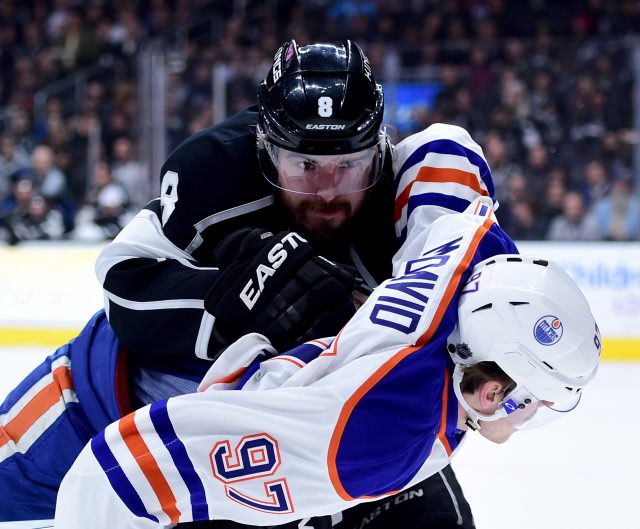