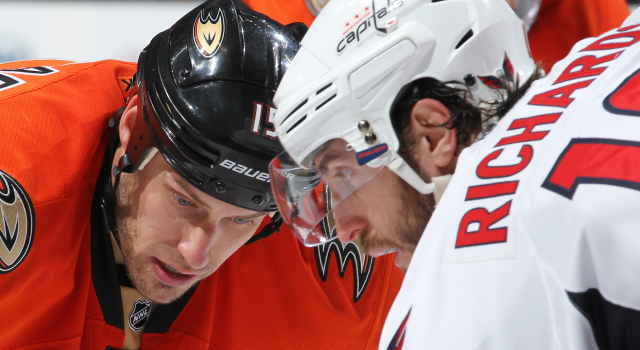 One quick note before we open this thread up to those watching the Capitals-Ducks game: I’ve been told that Alec Martinez skated with Marian Gaborik and Matt Greene at Toyota Sports Center today while the rest of the team held off-ice workouts. Martinez, deemed “day-to-day” with an undisclosed injury, hasn’t played since he logged 19 minutes and 29 seconds of ice time in last Saturday’s 3-2 loss to the Dallas Stars. Greene has skated since early March, while Gaborik resumed skating on March 30. More should be known about the Kings harboring dings and bruises in the coming days, though the team will not practice on Monday.

So, who's out tonight: Ovechkin, Backstrom, Orpik, Carlson and Beagle.