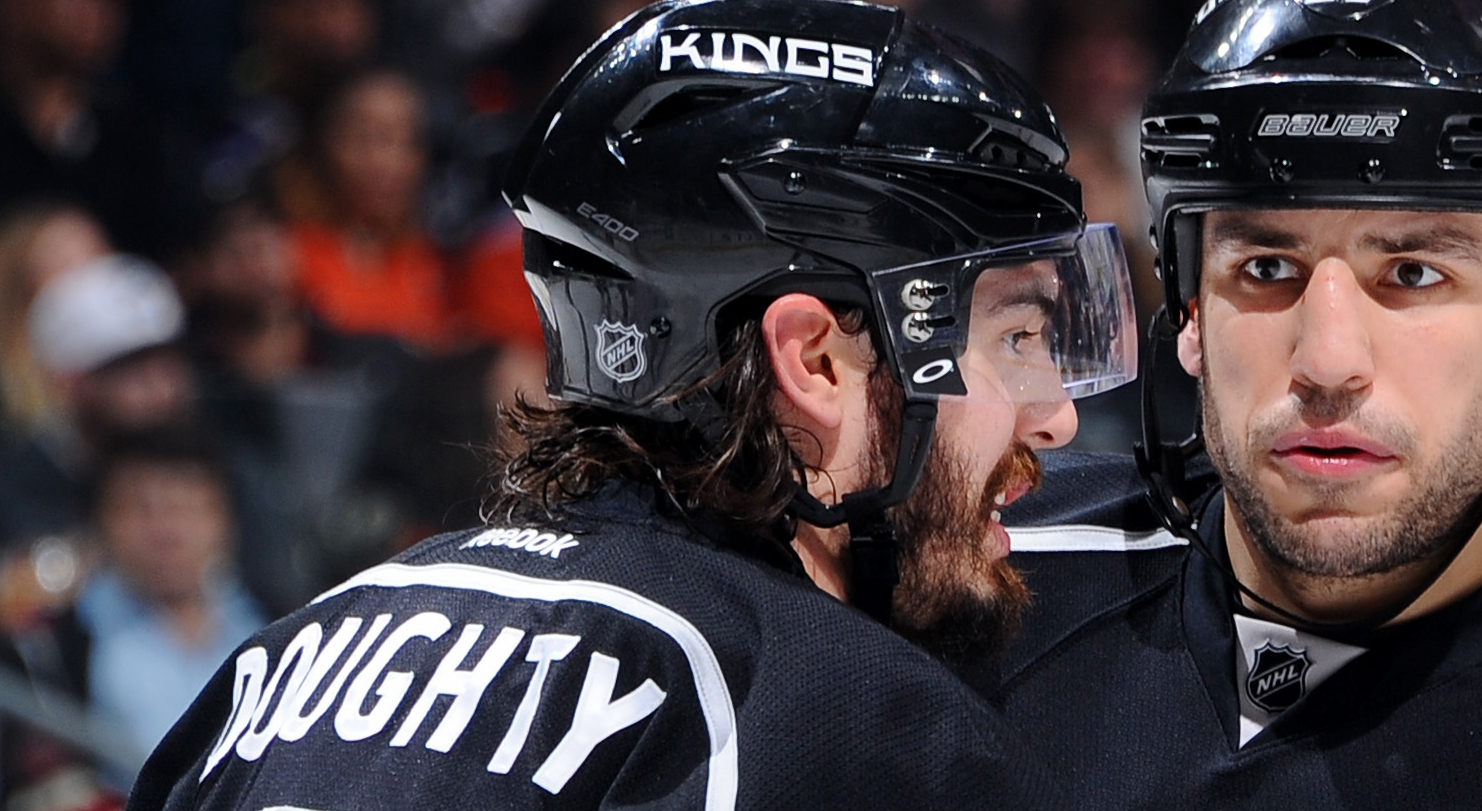 Drew Doughty, on the win:
They’re a really good team who have kind of owned us so far this year throughout the regular season, so we were really determined tonight, and it was a pretty important game.

Doughty, on what attributed to the Kings’ solid performance:
A lot of emphasis on good defensive hockey as a team, as a whole; all of the players, all of the leaders in the room continuing to check hard, play hard, play good defense, and goals will come that way, and we were able to do that tonight, and that was the only reason we beat them, was because we played good defense.

Doughty, on his “save” in the second period:
I was just in the right spot at the right time, it really isn’t like I made a great play or anything like that, it happened to be a big play in the game obviously, just a puck laying around the net. This year on the penalty kill, we haven’t been too happy with it overall, and usually those pucks are going in, so it was nice to kind of have a bounce go our way, and I was able to clear it.

Doughty, on the team having its destiny in their own hands:
That what you want, you don’t want to be relying on other teams to beat other teams, and other teams to lose and whatnot, we’ve relied on other teams before and it didn’t go so well for us, so this year we were really focused on determining our own destiny and having a chance to win and get in and win our division, and we have that opportunity now and we have to make the most of it.

Kris Versteeg, on scoring another big goal, his effort and energy around the net:
It’s the main theme here, we’ve got to get pucks to the net and get guys there, I was fortunate enough to be in the right place at the right time.

Versteeg, on the feel of tonight’s game:
You play with a team that you’re battling with now, and both teams don’t want to lose to each other, it was definitely a playoff feel tonight, everyone was finishing their checks on both teams, it was exciting to be a part of it for sure, it was a hard-fought game, and it was a big win for us.

Versteeg, on how important it is to finish the season with a win:
We’re excited about the challenge, and obviously take a day off here and rest, recuperate, and we’ll think about the rest when the game time comes. But just right now, just get back to the rink and rest and recover, and come ready to play on Saturday.

Versteeg, on the aggressive start to the second period:
Well I think we played that way the entire game and I think the Ducks did too, it was two teams where the chances weren’t getting traded too much, so when you get an opportunity you’ve got to make it count. Both teams tonight fought tooth and nail for everything they had, and fortunately enough I was in the right place at the right time to be able to put that one in.