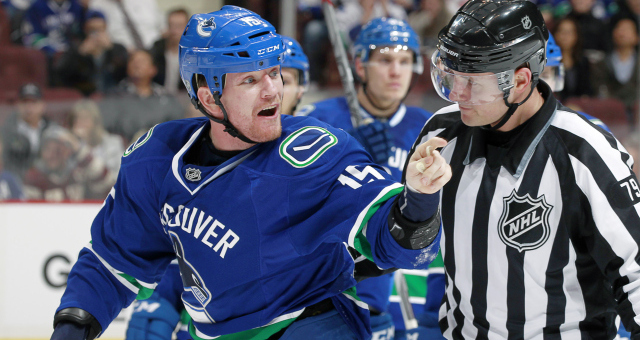 Derek Dorsett is a physical presence and an emotional leader on a Vancouver Canucks team that, partly due to injury, will feature a variety of younger players in tonight’s game against the Los Angeles Kings. In a conversation with LA Kings Insider, the 29-year-old veteran spoke about recent back-to-back wins over San Jose and Anaheim, the incorporation of young but promising Russian defenseman Nikita Tryamkin into Vancouver’s room, and Phil Esposito meeting with the Canucks this morning to share stories and lessons from the 1972 Summit Series.