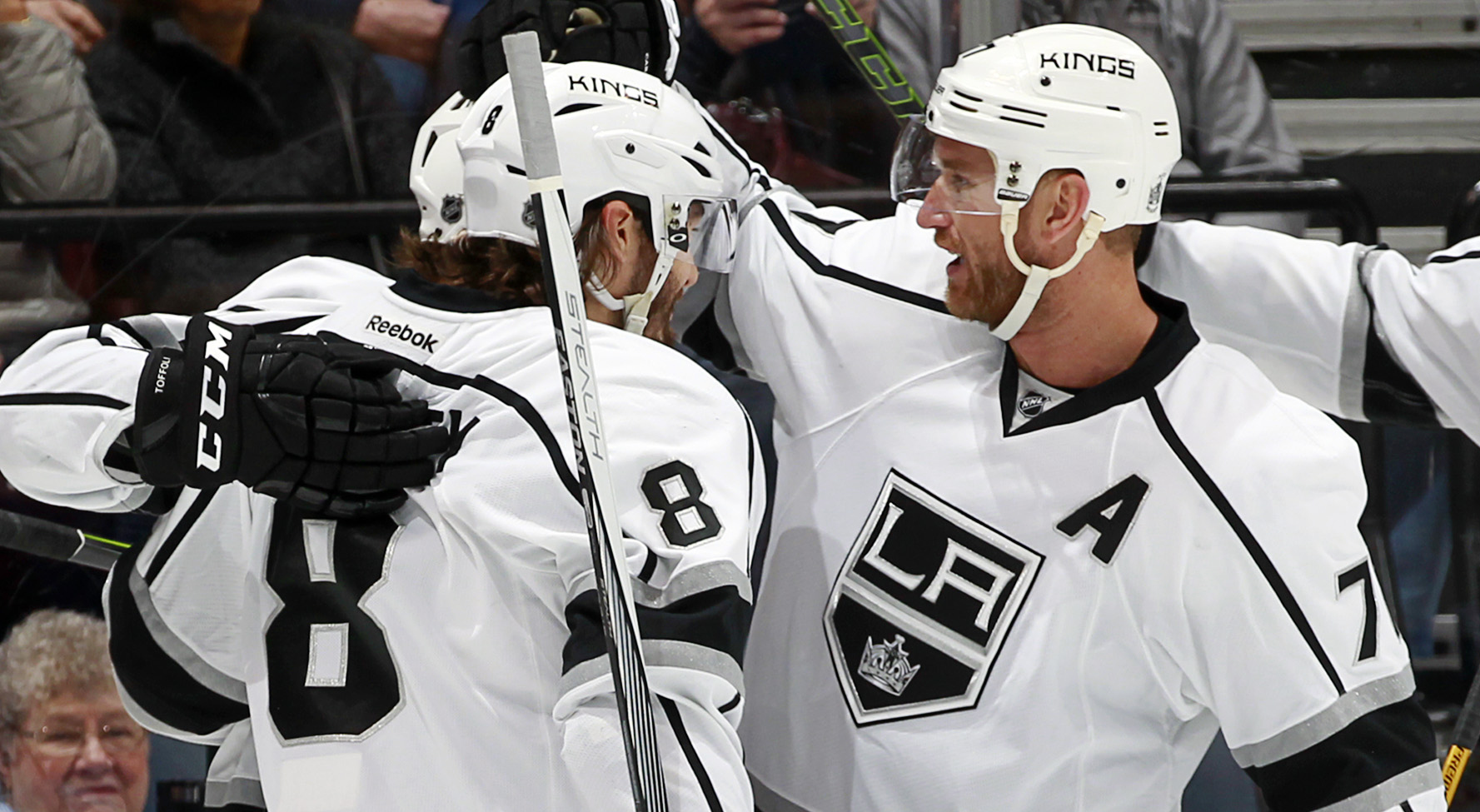 Tyler Toffoli, on reaching the 30-goal mark:
It’s whatever. As a team we’re not playing the right way and we want to be winning right now.

Toffoli, on where the team’s frustration lies:
Just little breakdowns, not scoring big goals. Myself, I had a breakaway and I could have put them in a 2-0 hole early in the game and I didn’t capitalize, and they stuck around and they beat us.

Toffoli, on letting teams hang around, not finishing:
Scoring big goals isn’t scoring a goal with a minute left to win the game, it’s scoring two-three goals in the first period, putting them down, giving them a hard time to come back.

Toffoli, on if the team takes solace on doing everything in the third period but score:
You can’t win games if you’re not playing a full 60 minutes; Quickie’s been standing on his head, giving us every single chance to win, and we’re having breakdowns and they’re scoring, it’s not the right way.

Anze Kopitar, on the game:
I think we had enough opportunities, we’ve got to score, that’s the bottom line. I think tonight, we have a good start, we get one, and then doing just enough to let them hang around, and they get a couple opportunities and they score, and then the next thing you know we’re behind and we’re chasing the lead, we all know that’s not the way to go. The effort’s there, it’s not like the guys aren’t trying hard, we’ve got to play smarter obviously, play a little bit tighter, and just check better and not give them opportunities off of our own mistakes.

Kopitar, on if he feels the team’s urgency is where it should be, or if it’s more about execution:
I think it’s more about execution than anything else, I think it was just too much sloppy play on our part, some penalties that we just can’t take, and we put ourselves in a position where we’ve got to kill – what was it, a minute and a half of 5-on-3. Teams obviously have good players, it doesn’t matter if they’re in the playoffs or not, they’re going to make plays, especially on a 5-on-3, obviously that hurt us tonight.

Kopitar, on if the concern is directed more toward the standings or how the team is playing:
Obviously you want to finish first, definitely, but it’s not necessarily always about wins and losses either, obviously you want to win as much as you can too, but you’ve got to know that your game is where it needs to be going into the playoffs, and right now we’re just short of that, but we still have three games remaining here to sharpen up and put it in place in an order we want it to be.