A thrust, under Sutter, to reinforce younger players’ playoff readiness 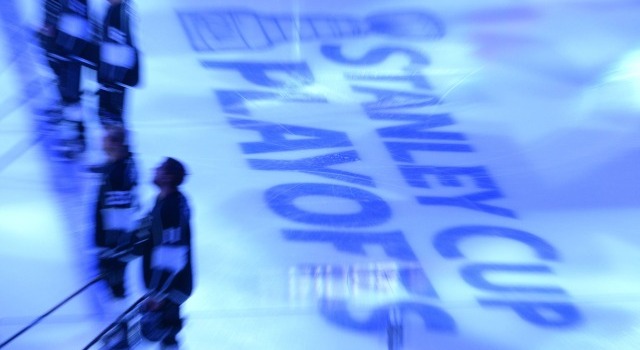 If you’ve caught some of Darryl Sutter’s ruminations of late, you’ve probably heard that the Kings still have a handful of players who have never played in the Stanley Cup Playoffs. There are, in fact, six on the active roster: Brayden McNabb, Jamie McBain, Andy Andreoff, Nick Shore, Nic Dowd and Kevin Gravel.

Still, the same may have been written about Dwight King and Jordan Nolan before they helped capture the 2012 Stanley Cup. And, of course, there are the players who may have had limited playoff experience seize key roles during the team’s two Stanley Cup bids. Jake Muzzin, who was challenged in his first postseason experience in 2013, rose to the occasion the following year and emerged as among the most integral pieces in the team’s 2014 Cup run.

“I think a lot of it is maturity and [their ability to] handle pressure,” Darryl Sutter said. “Every one of those young guys goes through it unless they’re an elite, elite player and they’ve always been that thrive-in-the-situation guy. I mean, Muzzin would certainly not be the only guy. You can take Marty, who’s even a better example. Marty was here, playing a role, and advanced the role, and then continues to advance the role. Muzz and Ty and Tanner, those guys were in-and-out-of-the-lineup guys. They were learning by watching, not by learning by playing.”

The team didn’t qualify for the playoffs in 2015, but there are still remnants of the learning-by-watching growth pattern inherent in the development of several young players. Andy Andreoff was a black ace two years ago and lifted the Stanley Cup above his head during the on-ice celebration on June 13, 2014.

“Yeah, it was probably one of the greatest experiences I’ve had in a while,” Andreoff said. “Hopefully this year I can actually hold it up this year and get that ring.”

Likewise for Brayden McNabb, who joined the organization at the trade deadline in 2014 and was recalled after Manchester’s playoff run ended that spring. He didn’t get into any playoff games with the Kings, though there was always the possibility as the team dealt with injuries to Willie Mitchell and Robyn Regehr, which meant that McNabb practiced with the team and took warm-ups prior to several 2014 playoff games.

“Yeah, that was pretty crazy,” McNabb said. “It was kind of a whirlwind couple of months there, but it was all a pretty cool experience, that whole ride being there and seeing what goes on in playoffs, and I think that’s going to help me down the road here, for sure.”

Learning-by-watching and learning-by-doing are dual learning experiences that help form a young player’s growth into a more regular NHL role, and both Andreoff and McNabb both have the experience of having been around a championship team during critical points in the season.

“First off, you have to start preparing yourself for those situations,” Sutter said. “It’s more onus on the shift-to-shift importance of [how] one little play can make the difference, and that’s why I’m harping on guys now about that sort of thing. Hey, some guys are never very good at playoff time, and some guys are great at playoff time, and that speaks for itself, and there’s a reason for that.”

Both players have firm constitutions, and McNabb, who captained the Kootenay Ice to a WHL championship and a berth in the Memorial Cup in 2011, understands the acute focus necessary to play past 82 games.

“I mean, it’s mostly up to us. We’ve got to prep ourselves for these last few games,” he said. “I think as a team we’re not really happy where we’re at, but we have a few games left here, so we can kind of build off that to go into playoffs, and obviously the game ramps up in playoff games, and I’ve just got to be ready for it.”

Darryl Sutter, on how he reinforces playoff readiness for younger players:
Well, you want that over the course of the season. Remember, half of the players in the league have never played playoffs. So the next thing is once you’re there, I always talk about the changes that the game has made, well, the changes the game has made in the last three or four years is that the first round is just about over. The first round is coming to an end in a week. It’s way different than it used to be, where it was clear cut, ‘well, if we don’t get in,’ for what reason. Now, everybody can get in, and the first round is 82 games. And, quite honest, you know I’ve said this – meaning the playoffs, in some ways, are easier than the regular season, because you can go 16-12 in the playoffs, and that same winning percentage in the regular season won’t get you in. 16 and 12 can win you a championship, but in the regular season, that’s not good enough anymore. Heck, you used to get into the playoffs .500 or less. So, when you look at it, that tells you that the first round is 82 games. So that’s why, Jon, when you ask the questions about the playoffs, this is where you’re learning more about them. And the other part that’s really important is who you’re on the ice against – situation and opponent. ‘How do I play against them?’

Andy Andreoff, on how Darryl Sutter places an onus on young players being playoff-ready:
I think these next few games are pretty important. We want to go into playoffs with a lot of momentum. I think he’s trying to give us a little bit of ice time and getting used to the playoff atmosphere and the playoff-type of game. Just being ready for that opportunity when the playoffs come.

Andreoff, on whether he’s been happy with the progression of his game:
Yeah, it’s getting a lot better from the start of the season. It’s come a long way. I think that our line’s been doing pretty well with the energy level, so hopefully we can keep that up and carry it onto the playoffs.

Brayden McNabb, on whether he relies on experience at the AHL and junior hockey levels:
Yeah, I think for sure. Whenever you win, no matter what level it’s at, it definitely helps with experience. But NHL playoffs in the next level, and it’s something I’ve got to have great preparation [for], starting with these next few games to get playoff-ready.

McNabb, on whether the coaches communicate to younger players about playoff-readiness:
Yeah. There’s, I don’t know, how many guys in the room? There are three or four maybe of us who haven’t played a playoff game. I think we’re all pretty excited to get into the playoffs and actually play in the playoffs. Hockey, it’s a fun time of the year. You have a chance to win and do something special, so I think we’re all just looking forward to it. 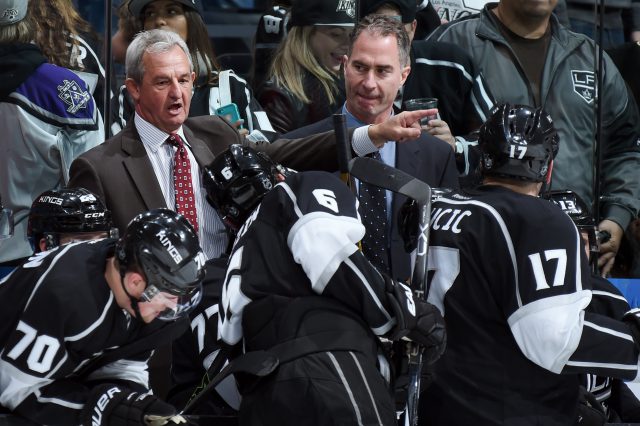