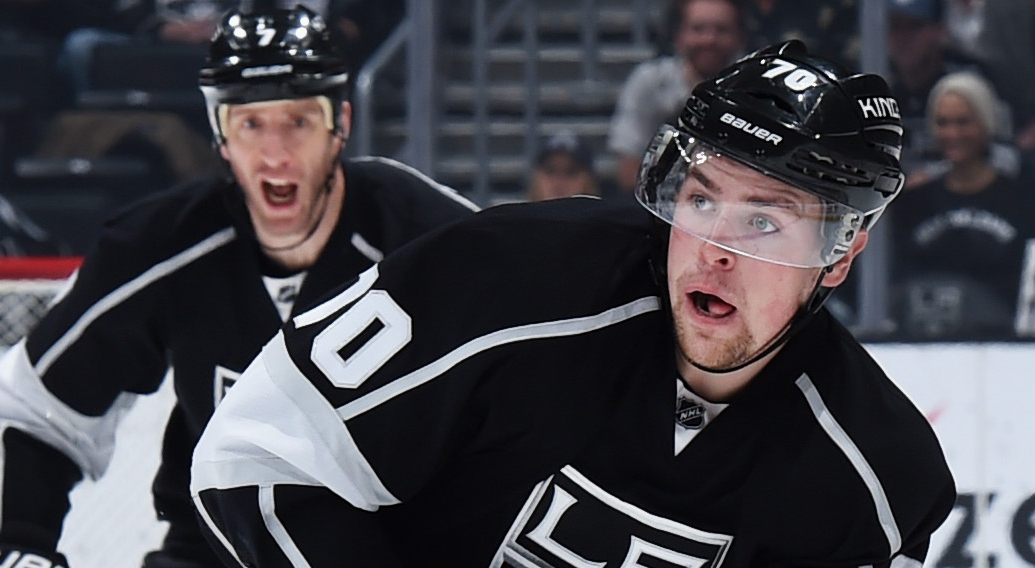 Tanner Pearson, on the team’s performance:
I think being up one in the third is somewhere we’d like to be, but then you know, giving up the two goals, and the one going through me there at the end, it was the winner, so we’ve just got to play hard for 60 minutes.

Pearson, on the upcoming road trip:
We’re in a tight race for first, so obviously we’re looking at winning in Vancouver first and then carrying that over to Calgary.

Rob Scuderi, on is thoughts of the game:
Actually I’m not quite sure how to categorize it, it’s just a loss. I thought we started slow, it probably should have been more than a tie game, we should have been in the hole probably. I think we started to come around, but sometimes – we just didn’t get the job done, plain and simple. When the time came down for [the Stars] to make a play and execute, get some gritty goals, they did.

Scuderi, on if the loss was a good reminder of what the team needs to bring to the table every night:
I hope it’s not a lesson that we have to learn this late in the season, but hopefully it’s a better late than never type of thing. All of these games now, and in a couple of weeks, they’re going to be one-goal games, it’s going to be tight, we’re heading into the third period there, we’ve got to have that one, that’s the bottom line.

Scuderi, on the tight race heading into the playoffs:
I don’t think we’re worried about who we play; I think we’re worried about how we play, I think that’s more important at this time of year. Certainly to reiterate tonight, that start just wasn’t good enough, we gave up a lot of chances, a lot of shots, all in the first 10-15 minutes, and by the time we came around, we were fortunate that the game wasn’t out of hand and that we weren’t coming back from one, two, or even three down. I don’t think we’re overly concerned with [who we play].