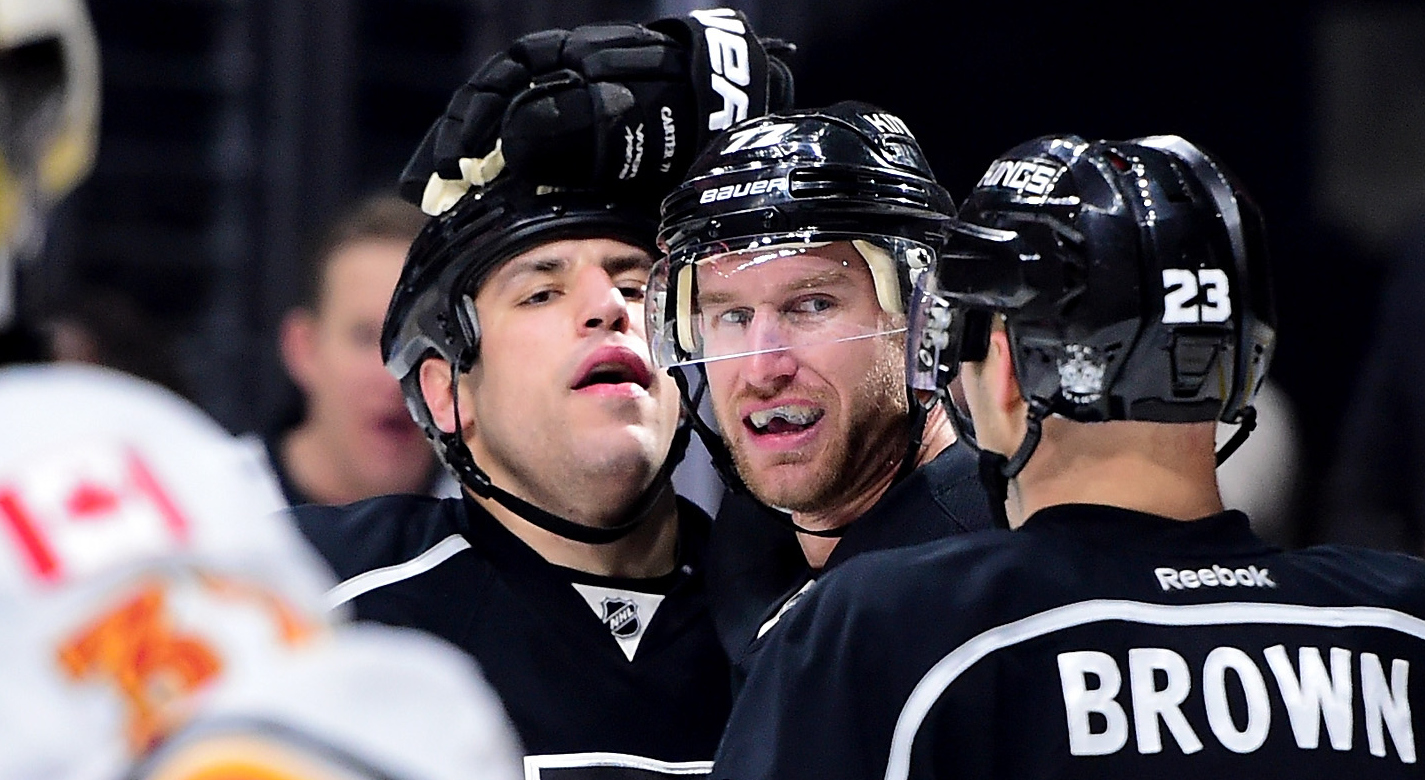 Milan Lucic, on what the team did to produce a solid second period:
We were able to find that first goal. Their goalie made some pretty good saves on us in the first period, and once we started getting the puck behind the D and play that down-low game, that started playing to our favor. We kind of have to get back to that, we kind of got away from that the last four or five games, we haven’t had that 60-minute effort that we’ve been looking for as of late, and today was a step in the right direction, especially defensively, I think that was the most important thing, is having a good defensive game here tonight. A great game for Quickie, and nice for him to get that shutout.

Lucic, on how important it is for the teams’ big names to be playing their A-game at this time of year:
This is the best time of year, heading into the playoffs, the last couple of games, trying to get your game up to that level that it needs to be at so you have success in the playoffs. Key guys have to step up and play their game when things get tough and when the games mean the most, and we have four games left here to sharpen up our game. There’s a lot at stake, obviously there’s a tight race here to win the Pacific division, so we can’t take anything for granted, and try to do what we can to get those wins.

Lucic, on the play he made to assist on Carter’s second goal:
A great pickup play by Nabber there, I just kind of had the backchecker on me, and once he got his stick around me I knew I couldn’t get a shot, so just kind of did a little spin-o-rama move and it ended up working out. Sometimes you’ve got to be lucky to be good, and I’m just glad it worked out, because if it doesn’t work out, you kind of look foolish, but it looks great when it works out.

Jeff Carter, on if tonight was the type of game the team wants to get used to playing nearing the playoffs:
It’s a good win for us, we need to get some wins here and get some points. I think we still have a long ways to go, there were some breakdowns and whatnot, but I would call this a step in the right direction for sure.

Carter, on the team’s third period:
It was better, I think we still had some pretty good zone time and whatnot, it’s going in the right direction, there’s still a lot of work to do.

Carter, on if being back in first place has any meaning:
We want to finish first, we want home ice. We’ve got five games left here and we’ve got to put some wins together.

Carter, on if it’s good the team is still playing meaningful games this time of season:
It’s a real good thing at this point in the season, it’s what you play for, to get into April and play meaningful games and gearing up for a playoff run, so we’re fortunate enough to be in the position we are, and we’ve got five games to get to where we need to be.

Carter, on Jonathan Quick’s shutout:
He was great. We know what to expect from Quickie every night, he goes out there and he battles for us, he keeps us in games, wins us games, and that’s what we need from him, so it was good for him to get the shutout tonight.

Carter, on Milan Lucic’s pass to set up his second goal:
It was nice, the D on him made a good play of cutting him off, and I just kind of drove the net and it ended up on my stick, so a good play by him, an easy one for me.